How can I frame around a service panel in the corner of the room and maintain clearance?

I'm refinishing my basement (1952 CMU masonry duplex) and need help figuring out how to frame around the electrical box that was replaced before the we put up the insulation. Unfortunately, the panel's location is in the corner of the living space. So far I've gotten my 2 layers of 1" XPS up and working on framing my walls by stick-building. Given how the panel was mounted by the electrician who replaced it (i.e. on plywood), we are planning to have it recessed behind an access door. I'm concerned about the best way to frame around it to maintain the required lateral working space. Once I frame the other wall and account for drywall, the panel would be on the far left side of the working space which would extend to about half-way between the two studs visible on right. One thing I'm not clear about is how to interpret the working space requirements.

My plan was to add a stud at the edge of the insulation and frame around the 2x4s, though not sure how to work around those wires.

Before people ask, the XPS is cut to the edges of the plywood the panel is mounted on and is taped along the edges.

Appreciate the suggestions in advance! 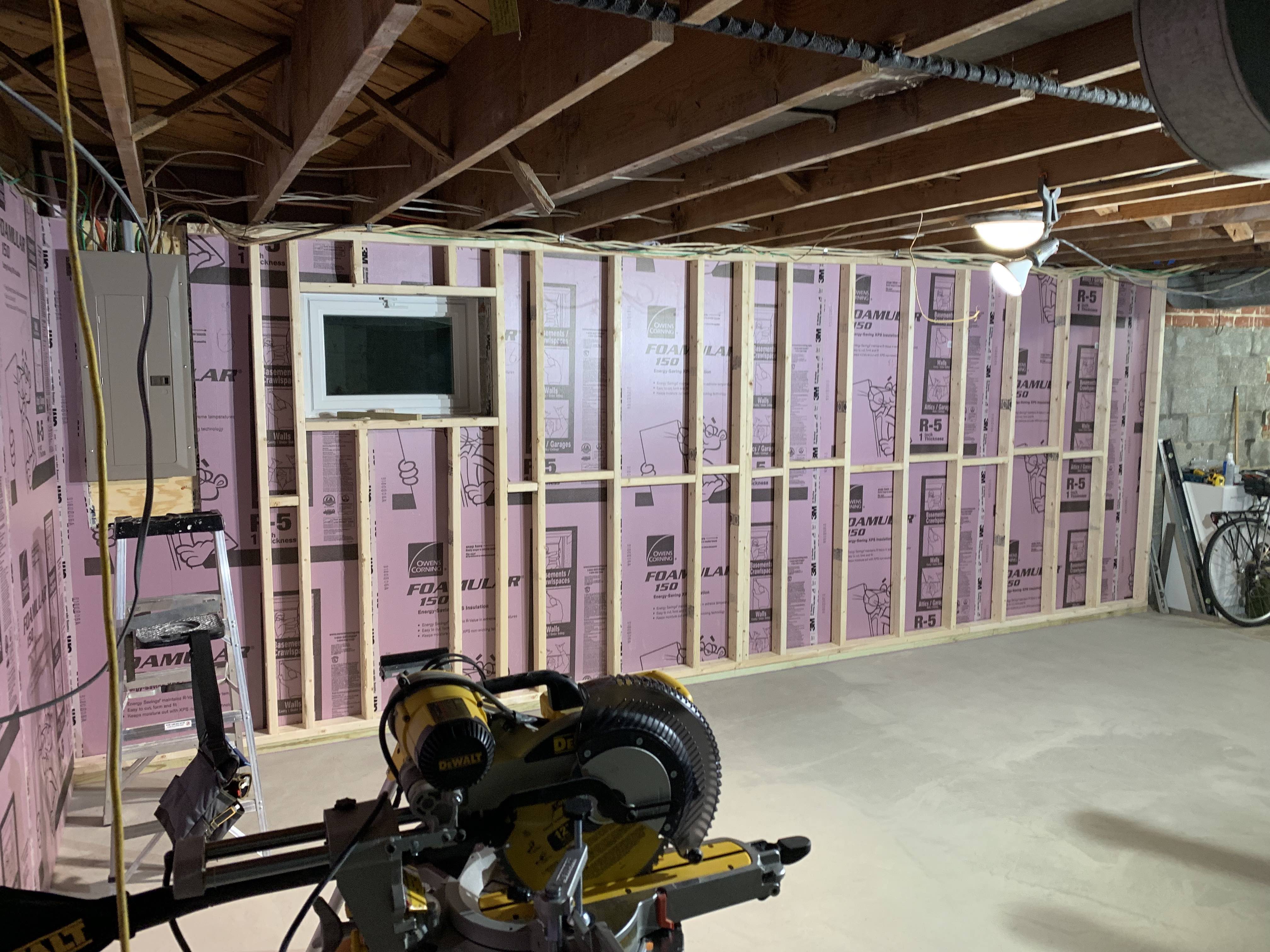 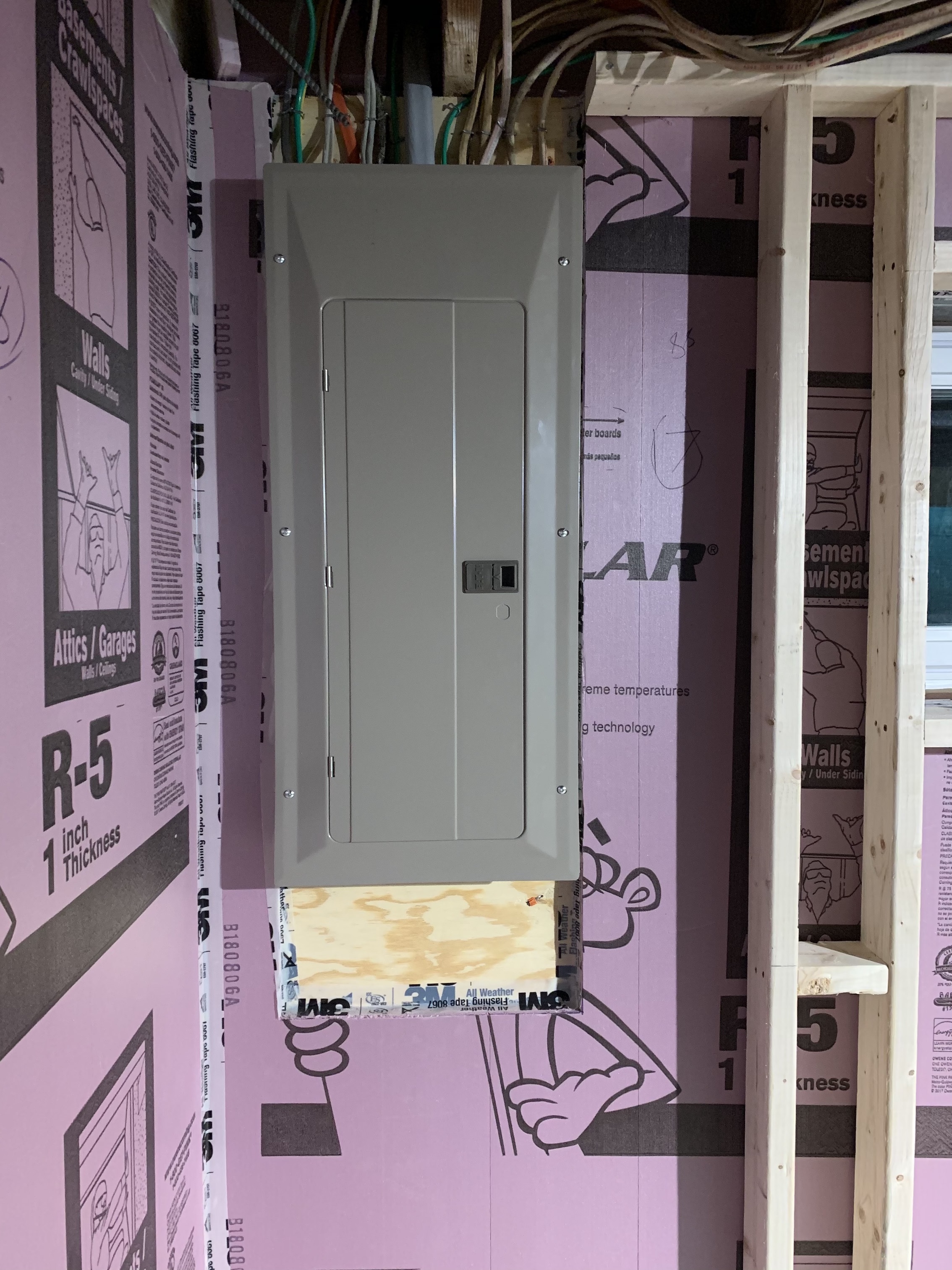 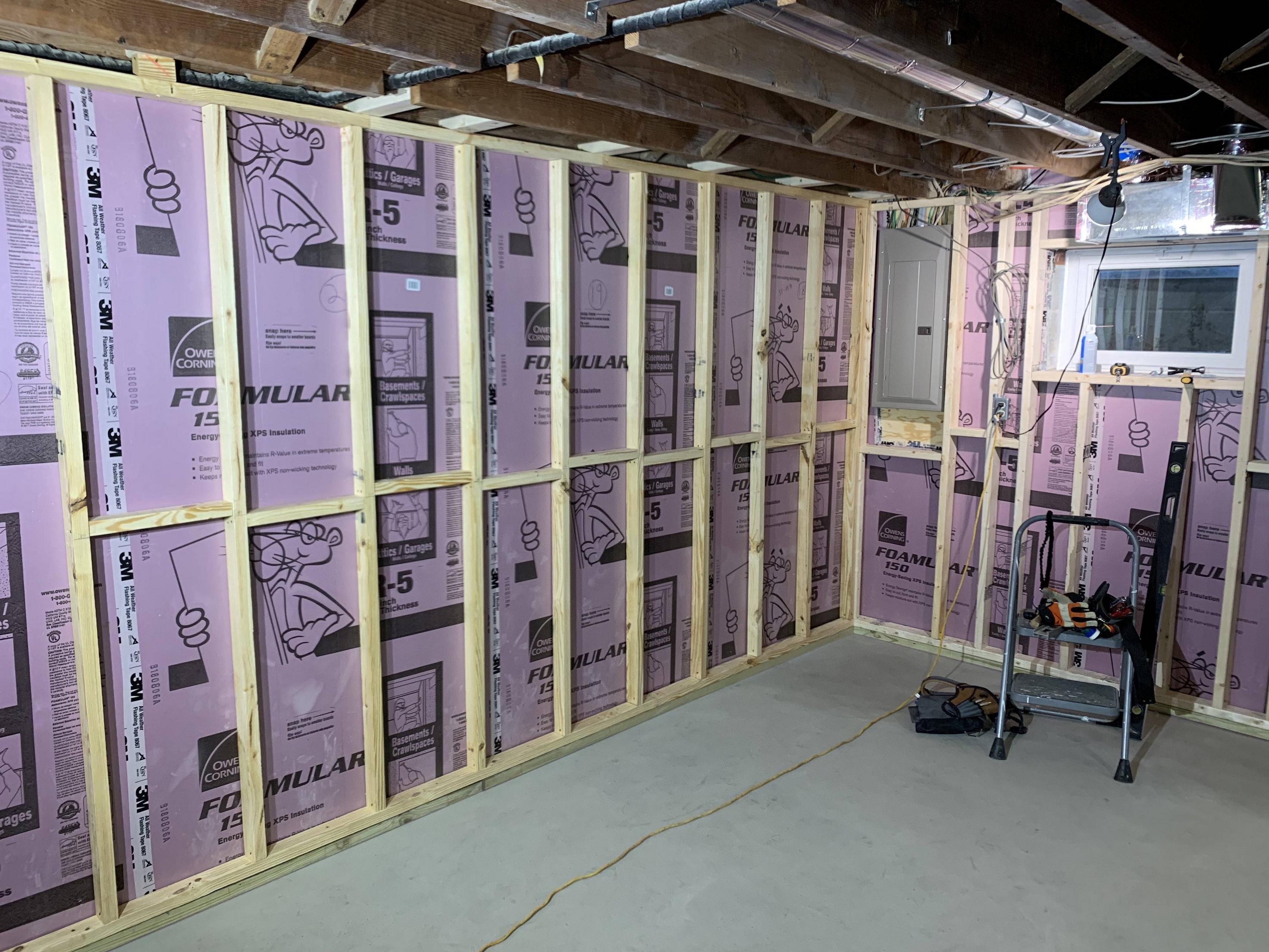 Aside from the electrical concerns, whoever installed your plumbing pipe and cut notches in the bottoms of all the floor joists, SERIOUSLY weakened the floor system. Sure, you can cut all sorts of holes into the web of the joist, but DON'T cut the bottom chord. If those joists were 10" or a foot deep, they probably don't have the strength of a 2x6 now. I wouldn't hire the electrician OR the plumber that worked on your house.

Sorry to be so negative, but things like this amaze me.

Convert the panel to flushmount. It's the only way to be sure.

(1) Depth of Working Space. The depth of the working space in the direction of live parts shall not be less than that specified in Table 110.26(A)(1) unless the requirements of 110.26(A)(1)(a), (A)(1)(b), or (A)(1)(c) are met. Distances shall be measured from the exposed live parts or from the enclosure or opening if the live parts are enclosed.

and thinning the wall down in the area of the panel is not an option, the only remaining option is to remount the loadcenter as a flush-mounted unit.

This requires unmounting the loadcenter from the backerboard, replacing the backerboard with insulation and re-doing the flashing tape there, framing around where the loadcenter will go using a 2x3 for the "back" stud and a 2x4 for the "front" stud in a 2-stud corner configuration on the left and an odd sized bay with a standard 2x4 stud on the right due to the loadcenter requiring a specific sized bay, and then remounting the loadcenter cabinet to the studs left and right so that it will be flush with the drywall. You'll need to pull the old cable staples and replace them with fasteners suitable for attaching the cables to foamboard, by the way.

Best thing is to not try to make a panel access at all.

Make a closet around the panel with a full door.

Much less hacky than trying to invent some finished panel access.

6
How can I calculate the load capacity of a platform?
5
How can I frame this area of my basement wall around my water main?
2
Insulating near a breaker box
4
What's the right way to insulate and frame around this pipe?
4
How to insulate around an electrical panel?
1
Retain access to recessed electrical panel