For example, current UK code requires a two-pole isolator for fire-alarm control-boxes and for high-power fixed-wiring (non-plugged) appliances such as isolation switches next to electric cookers and electric showers. 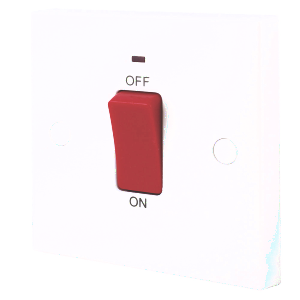 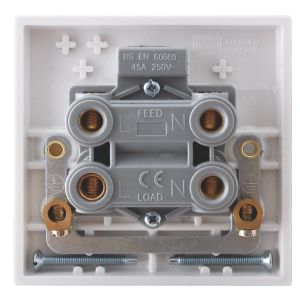 The issue is that, in case of a fault being investigated, the fault may have caused neutral to be broken or otherwise to be carrying a voltage significantly different from ground (earth).

It really depends on your application and the risk. First, you are absolutely correct that severing one pole will shut off the appliance, however it will leave the appliance's internal parts "floating" at whatever the voltage is on the other wire. If that is neutral, that is safe enough, barring a neutral problem.

For instance most countries have a way of supplying two poles for a higher voltage (240V in the US and Philippines, 208V in NYC, 220V in Brazil, 400V in most of the rest of the world) neither of which are neutral. In those cases you want a 2-pole switch so the machine isn't left energized at the other voltage.

Another case is if there's a chance of neutral not being safe. In that case you would want the maintenance shutoff switch to shut off neutral too.

Another case is when disconnecting a device with a neutral-ground bond of its own, typically a generator. If you do not disconnect neutral, and there's a problem with neutral or ground in the panel, neutral could try returning via the generator's neutral wire, to the generator's N-G bond, back via the generator's ground wire, then back into the non-broken part of the main panel. That could flow a lot of current through probably-thin wires to the generator, and remember, neutrals and grounds do not have circuit breakers, nothing would stop this until it set the generator or house on fire. Even in normal times, this would play havoc with GFCI aka RCD units.

I am sure there are many other applications, and this is a simplistic explanation.