how to install track lighting on preexisting ceiling fan?

I have an existing ceiling fan with a light fixture that I would like to replace with track lighting and spot lights. For this purpose, I have bought the "TROSS" ceiling track lighting from Ikea

The problem is: it doesn't exactly fit the space at ceiling fan after I have removed the preexisting light fixture. (see photo) 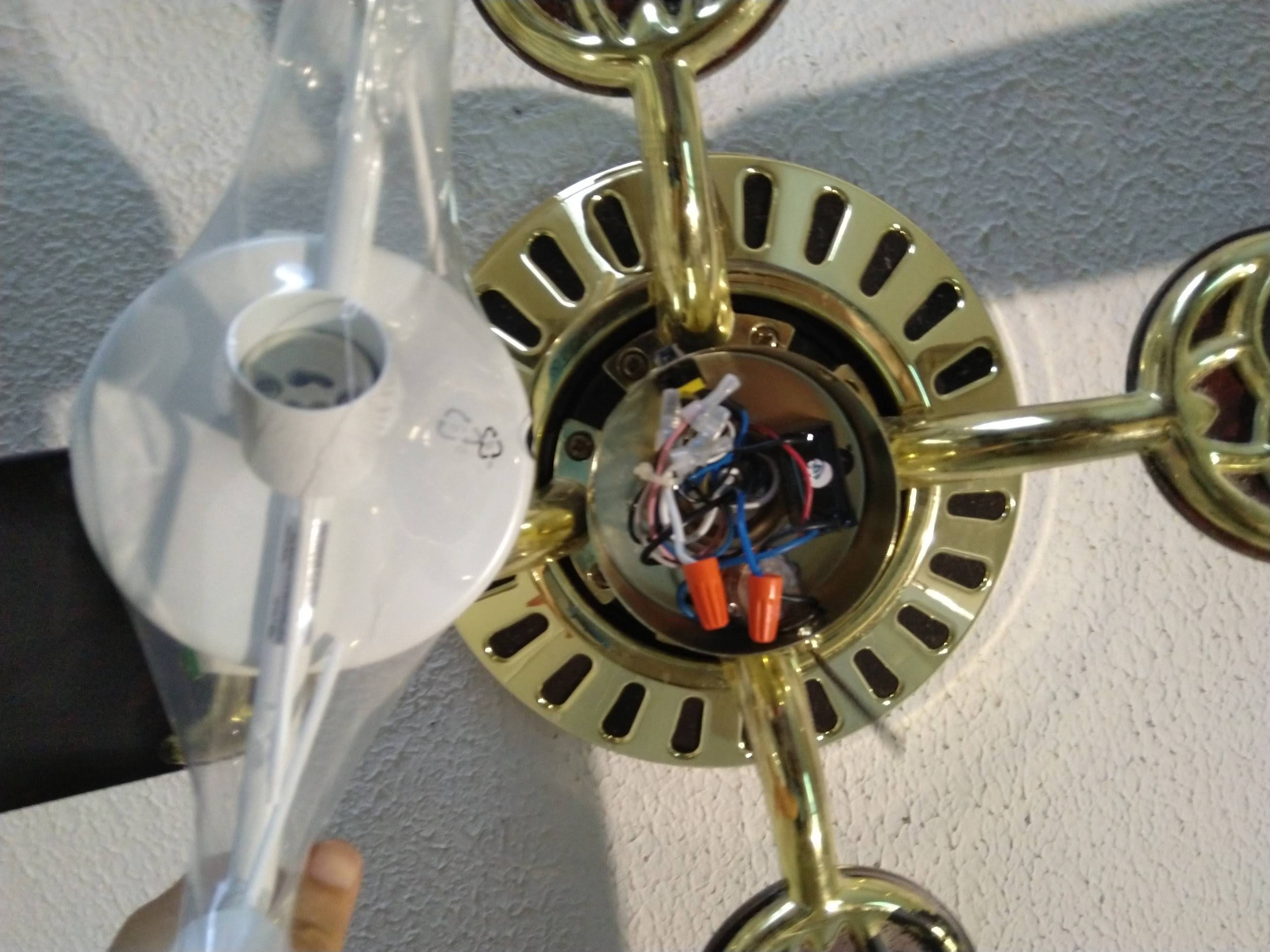 my question is: is there a standard way to install track lighting on preexisting ceiling fans?

That would be "altering the fan". Fans aren't standardized.

What you've done is disassemble the portion of the ceiling fan where the lamp(s) hang down from below the blades. Those parts of a ceiling fan are not standardized and are totally proprietary to that fan's make and possibly its model. Nothing will bolt to that, except spare parts for that fan, or other fixtures made by that fan's manufacturer which they have sent to Underwriter's Laboratories to have tested and listed for retrofit.

The reason testing/listing is important, and you shouldn't just jack-rig any old thing, is that fans vibrate. A lot. The new thing would need to be tested not only to not fall apart itself from the vibration, but also for its attachment point to be durable. The Ikea item is not tested or listed for that extreme use, and so, you'd have liability problems if your hack was discovered to be at fault for fire or injury.

Generally the more an item extends out from the fan hub, the more the vibration will affect it, so track lighting is a worst case scenario.

The "standard" attachment point is the one the fan is attached to. So you would have to remove and dispose of the fan, and use the Ikea kit instead.

There are proper ways to extend wiring off a ceiling junction without altering the ceiling itself. But the fan adds a big wrinkle: any such kit involves shifting the fan downward an inch or two. You must assure it properly supports the dynamic weight of the fan, with vibration factored in.

Not the answer you're looking for? Browse other questions tagged lighting light-fixture ceiling-fan or ask your own question.

3
How do I deal with a loose lightbulb socket on our ceiling fan?
2
One rail of my three rail track lighting fixture isn't working
4
Ceiling Fan with new light kit stopped spinning
0
Adding Recessed Lighting to room with ceiling fan and a 4 way switch?
0
OK to run wire beneath / along track lighting?
4
Is there a reason I should NOT install a ceiling fan in my kitchen?
1
How can you add a standard light fixture to a ceiling fan?
0
Replacing receiver on a ceiling fan, but receiver has fewer wires than the fan