How to handle frayed/old wire in can light

We have some can lights in our house that have been out since we purchased it. I finally took the time to replace them (they are on a vaulted ceiling). I found some exposed wire as I was going along and brittle wire insulation. I used electrical tape to patch it up, but I started getting worried as I went on and kept finding more.

The last can I took apart had the worst yet: 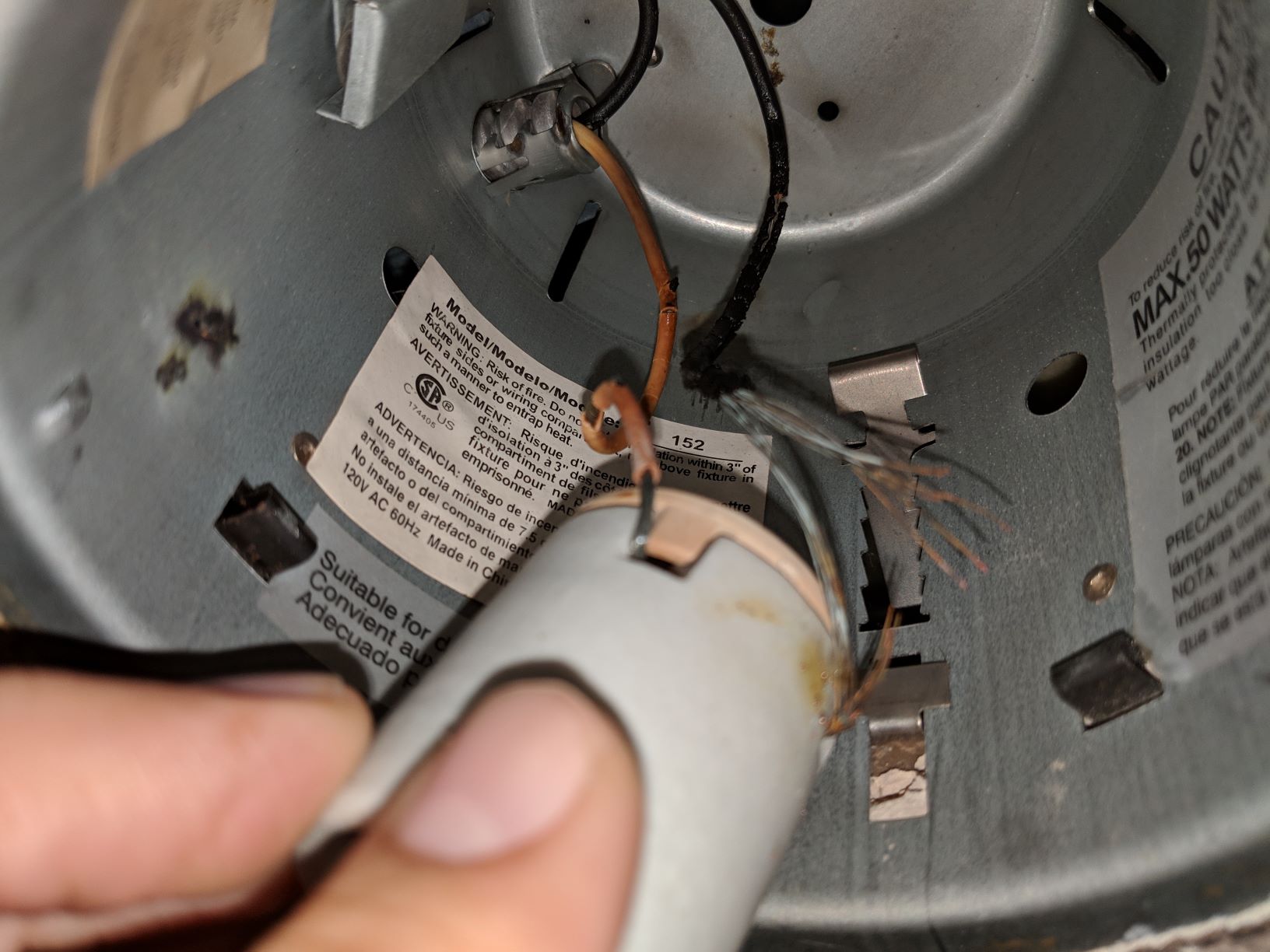 The can says to use 50w bulbs. I found the exact same bulb that they had originally used here here on amazon. This is a 50w equivalent that apparently uses 39w.

I thought it wasn't worth it and cut out the socket, then taped up the ends of the wires. I showed this image to some co-workers and they think that the halogen is most likely causing too much heat.

I thought about replacing the lights with LED variants and trying to pull out the wire through the can to get a section that hasn't been fried. I don't know how much slack there is.

Is this a valid solution? Do I need to call a professional?

I am looking at the 3 clips on either side of the socket and I am guessing the cans frame is a remodel type. This means you can take it down from the ceiling and then either replace the entire can or replace the socket and the wiring. Those clips can be loosened with a screwdriver or needle nose pliers and the entire frame can be pulled down from the ceiling. If they are not remodel frames, can you access the frame from the attic or crawlspace or you can take apart the can frame and you will see a junction box on the side.

If you do this you can replace the wiring between this j-box and the socket. Be sure to use high heat fixture wiring which you can purchase from a fixture parts supplier. Do not use thhn/thwn. If the cans are remodel frame you can just replace the entire fixture frame.

I vote for replacement. They are fairly inexpensive and not that hard to install.

Not the answer you're looking for? Browse other questions tagged electrical light-fixture recessed-lighting or ask your own question.

3
How do I install uninsulated halogen can lights?
5
Are there any other reasons to use 130 volt halogen light bulbs instead of 120 volt bulbs?
1
Did I use the ground wire right? (Light Fixture)
3
Is it possible for me to convert my downlights to normal lights?
0
Different light fixture quit working after changing switch
0
Single pot light in room continually dimming / flickering, before dying after a few days
0
Replacing flourescent with LED
0
Why is there a hot white wire in my ceiling light
1
Can I Add a Plug to Lights Designed to be Wired In?