How do I replace a GFCI receptacle in my bathroom?

we're remodeling our bathroom and were simply looking to switch out 20 year old light almond outlets and light switches for white. While I thought this would be easy I've run into a problem with the outlet by the sink. I'm no electrician, but I do have a physics degree so I can understand diagrams and the basic way electricity works yet now I can fully appreciate how difficult it can be.

Coming into the box (It seems very old, it is metal while the others were more of a blue plastic) are 1 white, 1 black and 1 red wire, then a ground wire. I've tried to connect just the black and white to the line in the GFCI, then I tried red to hot and that didn't work either. I was hoping to get the GFCI to work itself before trying any LOAD options for the second outlet. Which, according to code does it have to be another GFCI, or just connected through the GFCI so it offered protection for both? I'd eventually like to have two connections from this box like there were before, but I also want to keep things within code (I'm not sure it was before) so while it may take some dry wall fun, I could convert it to a single box if allowed/only way it will work.

Also from reading some problems, others have had a problem with the breaker being the wrong type? I looked at the switch and it has a 15 on it (since other switches have 20s on them, I'm assuming this is for the amps) so is it against code to just purchase 15 amp GCFI rather than having to do some wiring I haven't the slightest idea how to do, or is the 20 amp simply recommended? I don't remember ever having a problem with it before.

Let's see if we can answer this in pictures. For one feed from the breaker panel, to have each of the outlets on their own GFCI, you want this:

For one feed from the breaker panel to have one GFCI protecting downstream outlets, you want this:

However, you say that you have a red and a black wire in the box, and this complicates things. You might have a MWBC (multi-wire branch circuit) feeding the outlets, with the red hot on one outlet and the black hot on the other: 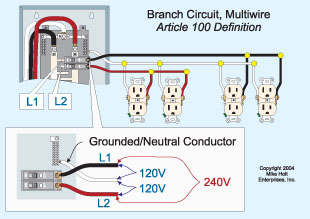 Or, you could have something else in this outlet, in which case (espcially if you don't feel confident) you really need to contact an electrician to get it sorted out.

The wiring in your home is rated for a maximum current of either 15A or 20A (for most circuits). The circuit breakers are intended to make sure you never go beyond the rating on the wiring. If you run more current through the wiring than it's rating allows, you risk starting a fire when the wiring begins to overheat. The one thing you never want to do is place a 20A breaker on 15A wiring.

The breakers should tell you the rating for the wiring. A 15A breaker indicates 15A wiring; a 20A breaker indicates 20A wiring. When you install an outlet, it should match the rating for the wiring. If you look at the face of a 20A outlet, you'll see it's slightly different from the face of the 15A outlet. The additional "notch" indicates the outlet (and the wiring behind it) are rated for 20A service. The lets someone know they can plug in a device that requires 20A and it will work okay.

If you place a 20A outlet on a 15A line, someone may mistakenly plug in a 20A device and keep tripping the circuit breaker since it's going to trip when the current exceeds 15A. You won't being risking a fire, but you should put a 15A outlet on a 15A circuit to avoid confusion.

If you place a 15A outlet on a 20A line, you should not put more than 15A of load on the outlet because the breaker will not trip until it gets to 20A (which is higher than the outlet). A device that requires a 20A outlet should not be plugged into a 15A outlet, even if the circuit itself is rated for 20A.

Since you're not completely sure of yourself and all you want to do is change the color, I'd suggest replacing the existing outlets with new outlets of the exact same rating - then you know you should be safe.

I wouldn't fret over upgrading the 15 am outlet to 20. Unless you have 3 teenagers fighting over a single outlet, 15 amps will be fine.

Don't know the code in your area, but you should be able to have a single GFCI and then a regular GFCI protected outlet downstream of it. That's usually fine.

Meanwhile, you have one too many wires: Either the red or the black are likely to be "hot" wires. And you REALLY need to know which is which before you proceed.

I recommend you find a reliable way to answer that before you proceed. Once you know, you'll feed hot, neutral and ground the the GFCI, and forward all three to the subordinate outlet.

Not the answer you're looking for? Browse other questions tagged electrical wiring breaker or ask your own question.

5
How do I wire a switch/receptacle combination?

6
How do I wire a GFCI receptacle using two black wires and two white wires?
0
How do I properly install GFCI outlets with existing 12/3 wire in parallel and on a switch?
4
Can an outdoor receptacle be supplied through a GFCI in a bathroom?
3
How can I install a GFCI receptacle to provide protection to other devices?
2
GFCI outlet shape for 20 amp vs 15 amp circuit - what does the little line on the outlet mean?
0
New GFCI failure
0
How do I replace electrical outlets that have two wires under same screw?
0
New GFCI outlet won't reset after tripping when load wires are connected
3
Must I upgrade this bathroom circuit from 15 amps to 20 amps?
1
How can I correct my wiring to eliminate sequential GFCI outlets?