The quarter-round molding under my front door came off recently when I opened the door. The molding was attached to the doorsill with two different kinds of adhesive. Apparently the rubber weather strip under the door has been sweeping against the molding every time the door opens, and the adhesive finally gave out. 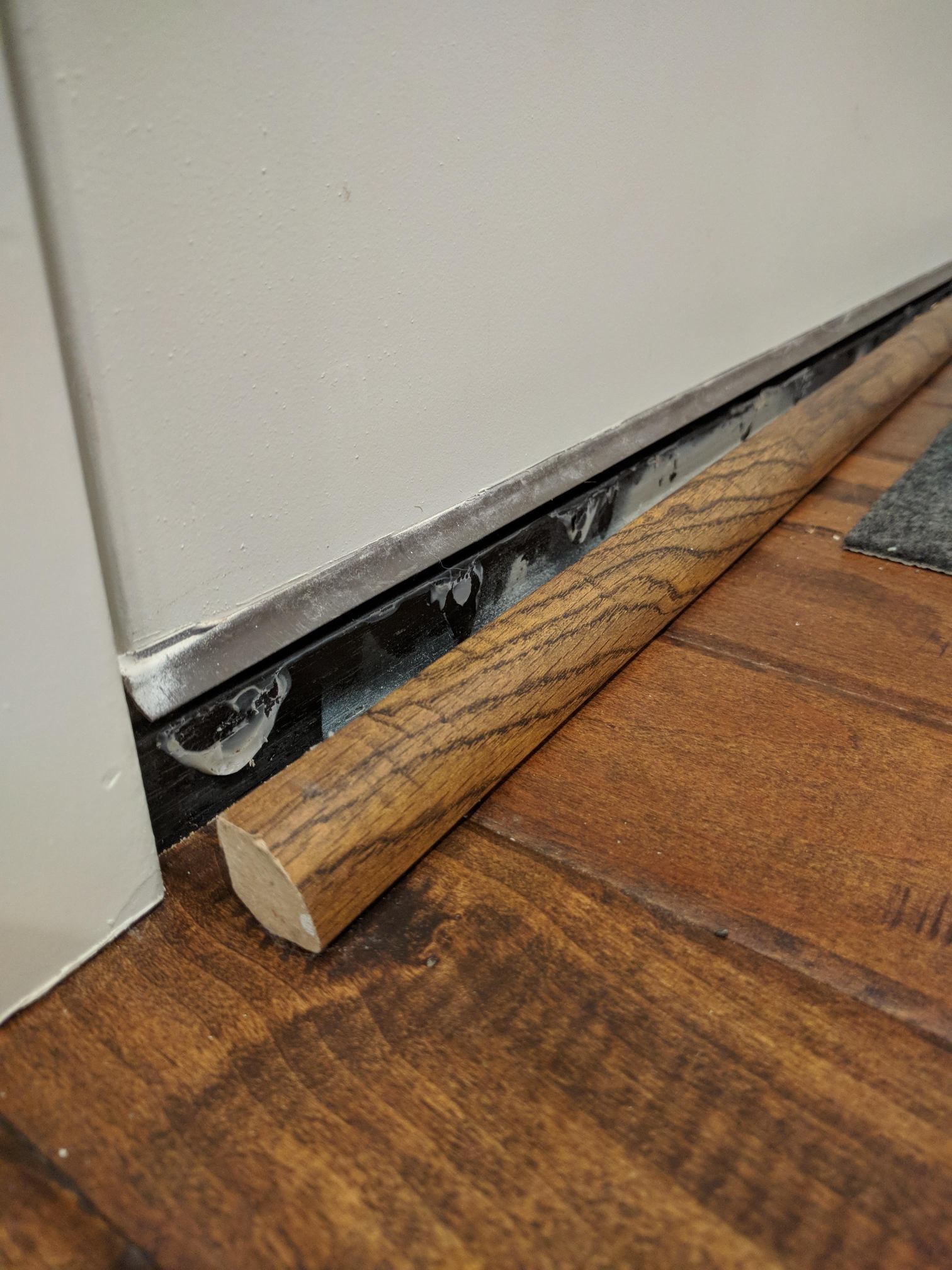 I've used a chisel to remove the large pieces of adhesive that were on both the molding and the doorsill, intending to reattach the molding, but I'm not sure how best to reattach it. Here are some ideas I've had:

I have no prior experience with this sort of thing but am interested to learn and would appreciate any advice on what approach to take.

Eventually I noticed that the molding was not actually ¾″×¾″ as I had thought, but rather ¾″×⅝″. When I flipped the molding around so that the ⅝″ side was vertical and the ¾″ was horizontal—orienting the molding so that it was effectively shorter, just ⅝″ tall—the door began clearing the molding easily and no longer exerted force on the molding with each opening. I simply attached the molding in this orientation with Liquid Nails Perfect Glue, which is the adhesive I had on hand, and it's had no problems since. Thanks to those who suggested solutions!

If it's in good condition I would glue it back on with liquid nail that stuff is like the duct tape of glues. 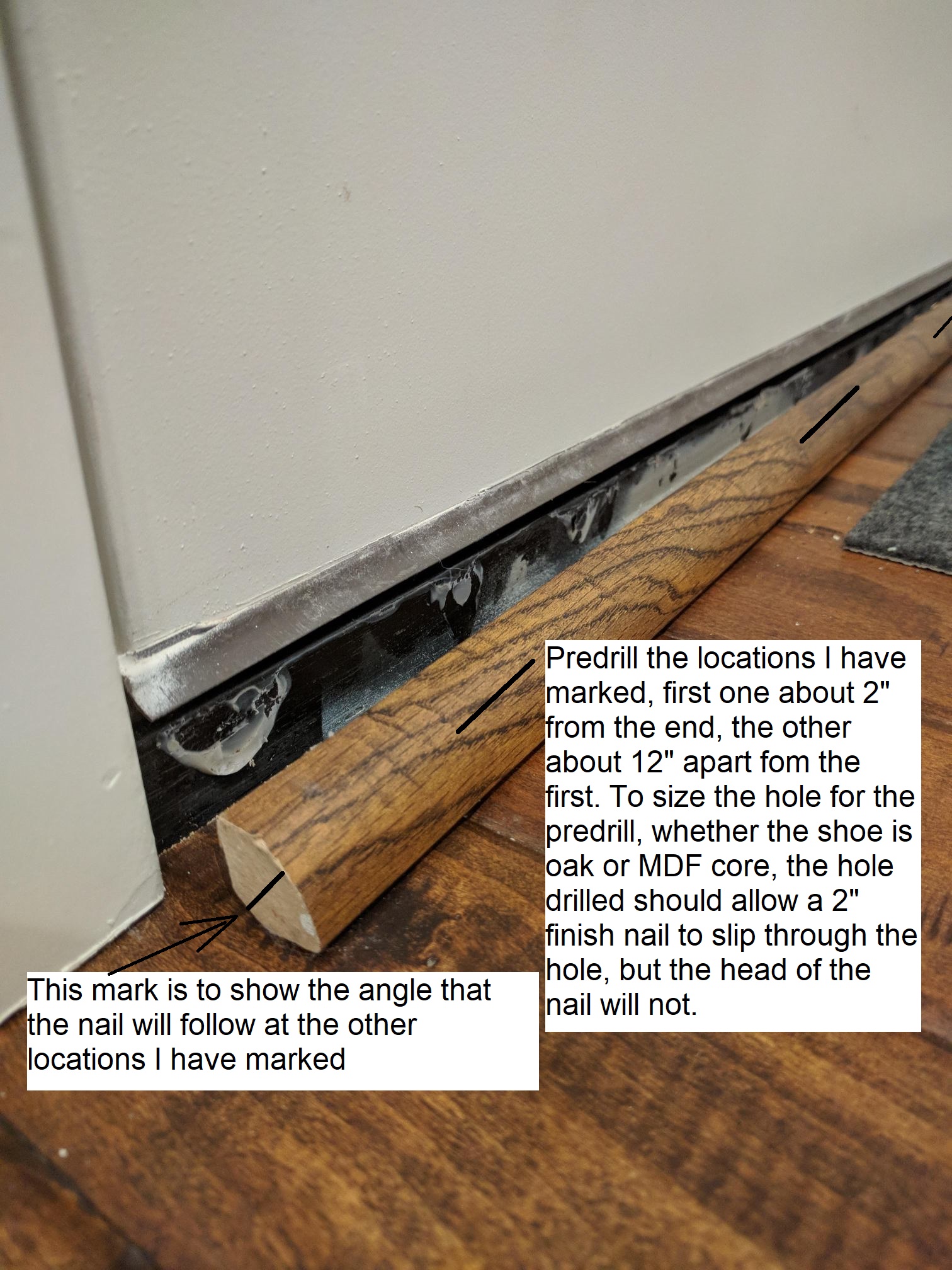 Once you get the holes size gauged for the finish nails you will use, you will need to drill the holes once the shoe is in place to a depth of about 1". To help accomplish this, use a small piece of tape 1" from the end of the bit so when your tape touches the shoe, you know you are at the right depth. Your nails should slip into the holes you just drilled and when you drive them in, what has not been drilled will hold the nail securely. Drive the nail flush, or near flush, finish it off by setting the nail below the surface of the shoe with a nail set. They come in sizes, use the one that is the smallest, typically called 1/16"

Not the answer you're looking for? Browse other questions tagged repair wood doors trim adhesive or ask your own question.

1
How do I replace the front door on a stucco house?
4
How to reattach front door rain deflector?
10
Should I remove baseboards prior to installing laminate or wood floors?
4
Can I use glue instead of nails to install shoe molding?
1
How should I go about refitting the seal under this interior door?
0
Do I need to apply polyurethane on stained quarter round?
2
Should I tile under bathroom door?
2
1/4" quarter round installation
1
Closing gap around floor transition strip and door trim
-1
Latex paint to magnet non-toxic adhesive