What went wrong with this wall, and how do we fix it?

My friend's condo was built in 1960 and renovated before she bought it, in 2010 or so. Not long after she moved in, a chunk of plaster on the kitchen ceiling fell off, then a little later the same thing happened to a bit of wall. In both cases, the amount of material that fell off was only ~1-2 mm thick. But it was a fairly large area -- a couple of square feet in both cases.

Here is the bit of ceiling: 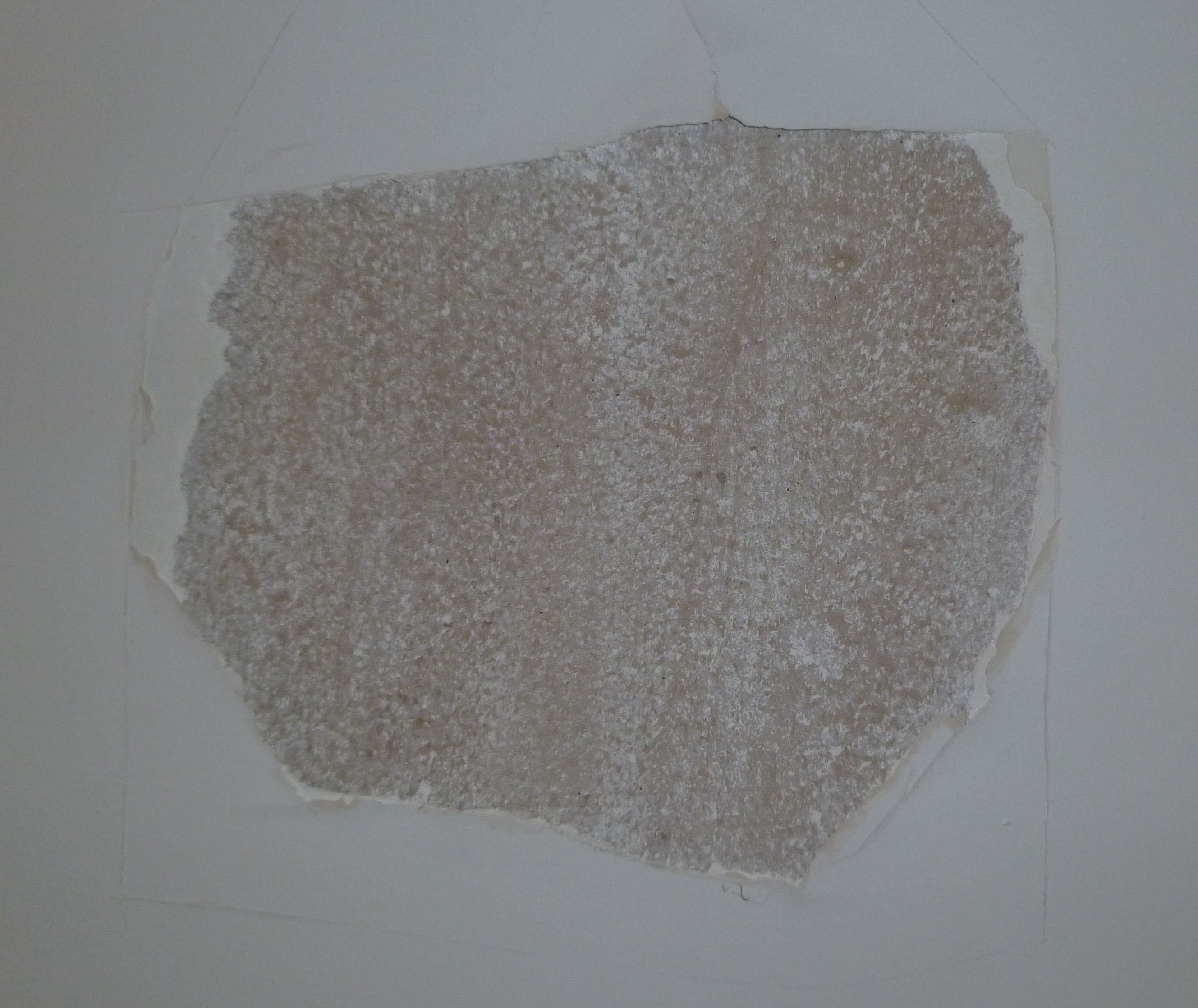 And here is the damaged wall: 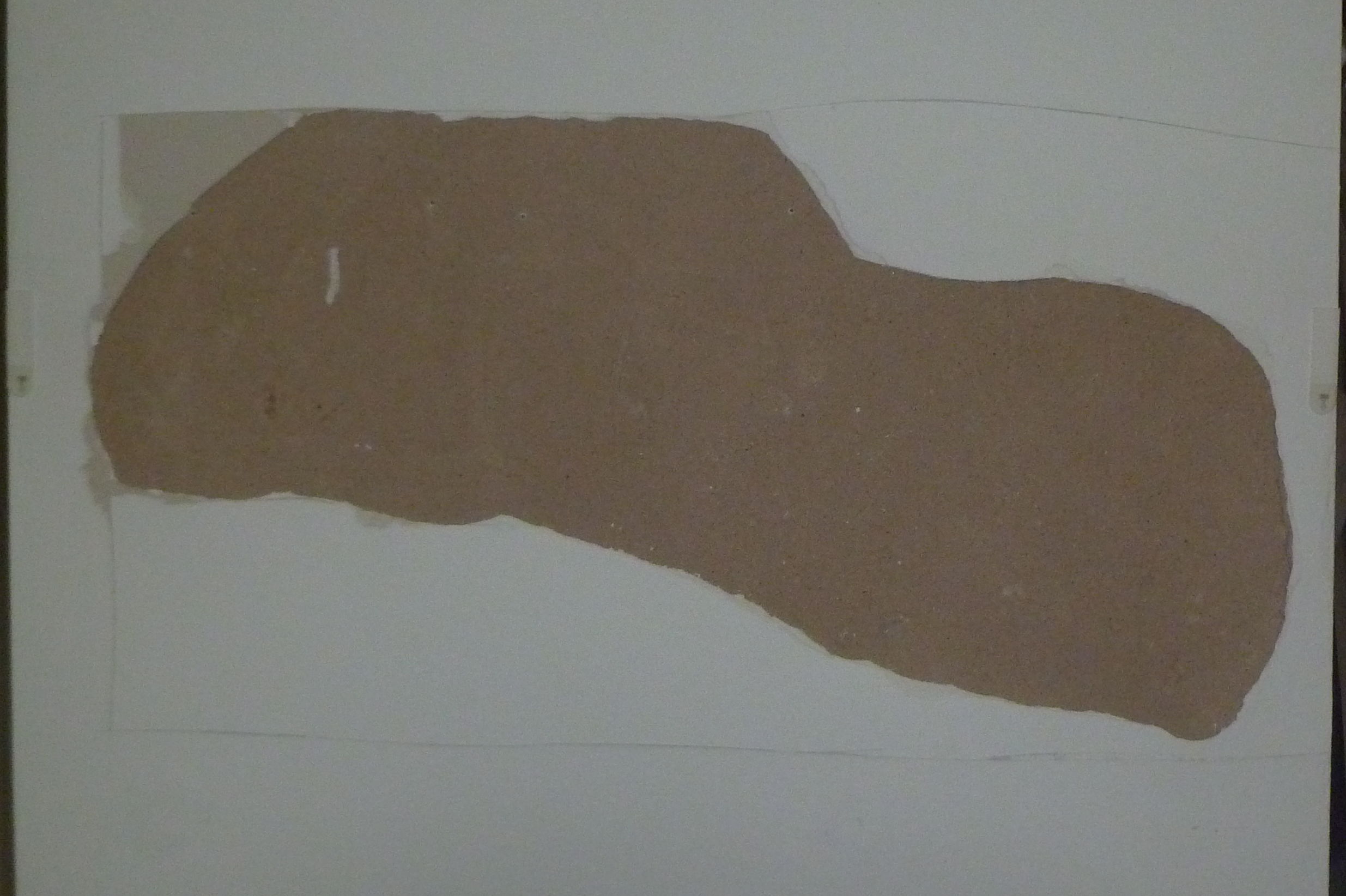 Other interesting factoid: the damaged wall is about 2" thick: it is not a conventional drywall-on-studs construction. Feels and sounds like concrete, but it's not cinder blocks since it's only 2" thick. The ceiling also looks and feels like concrete, but I'm not positive.

Oh, here's a detail of the wall where I think we need to chip away more plaster before doing repairs: 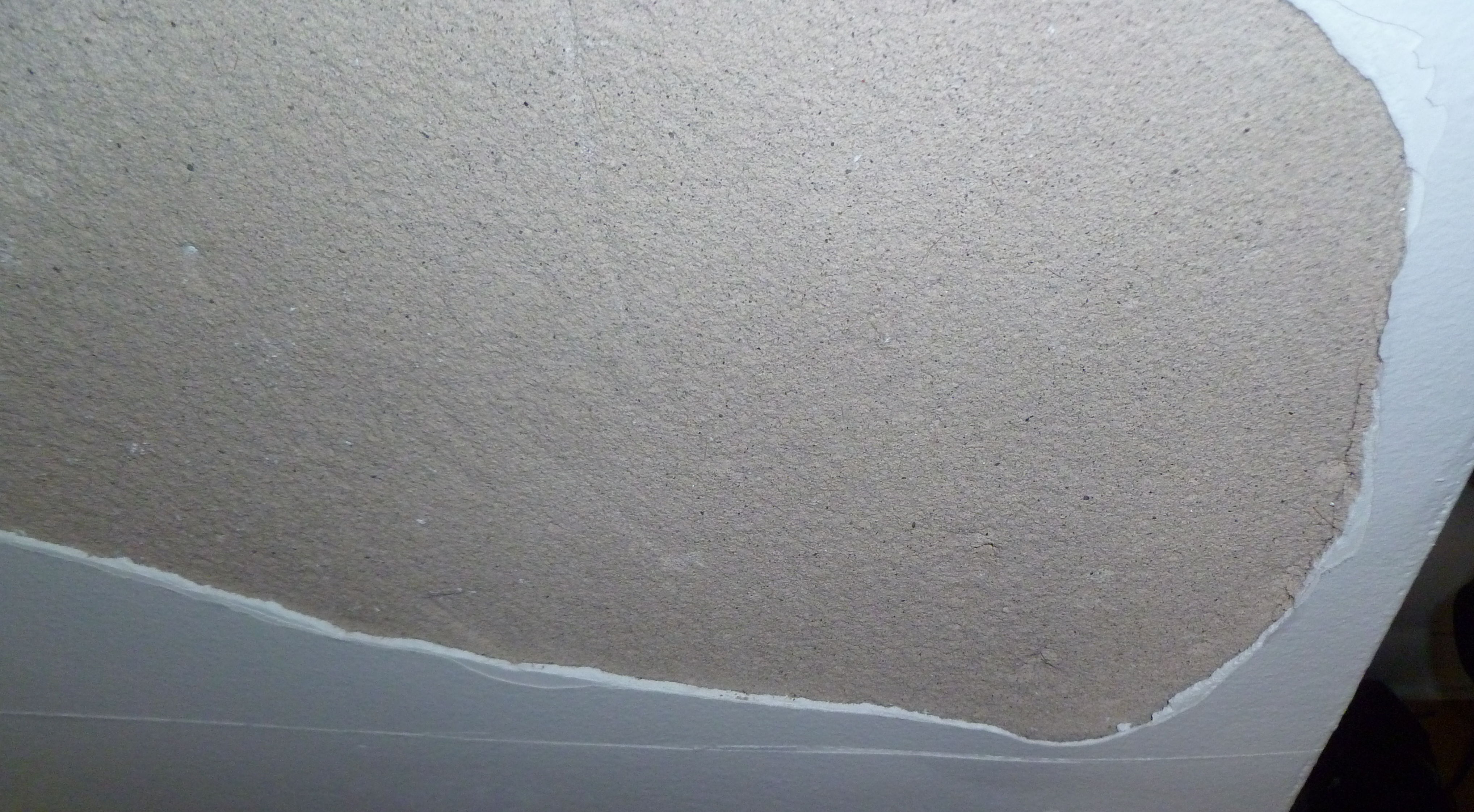 Any idea what went wrong here? And, more importantly, how do we fix it?

It looks like the skim coat released , this can happen for many reasons the most common is getting wet. On the ceiling it may have been caused from poor prep work when the remodel was done. I don't see evediance in that 1 section that the new coating stuck to the base surface at all. So making sure the surface is clean will be important, I used to always wash walls in kitchens with TSP, trisodiumphosphate, I think a safer type is available than what I used to use but it is a very strong cleaner that removes grease and other surface contamination prior to resurfacing or painting. I think this is what wrong but it could also be from being wet, or if the skim coat was two dry when applied. In any case remove any loose areas clean then recoat if moisture is not found, if moisture is found the leak needs to be fixed first.

Not the answer you're looking for? Browse other questions tagged concrete walls ceiling plaster or ask your own question.

4
How should I install a hoist given that the walls and ceiling are made of concrete?
0
How do I fix sticky KILZ primer?
1
How to indentify if the crack on plastered brickwalls is cosmetic or structural?
4
Plaster Wall Ice Damming Water Damage
1
My house has Exterior & Interior insulation. Would it be advisable to remove the internal?
1
Can I use a non-standard design for a stairwell ceiling cutout in an old house?
1
attaching floating shelves to solid wall with anchor screws