Flipped the light switch for my laundry room, bulb flashed and now I lost partial power in that room and in the garage. No breakers tripped. Cycling them doesn't help. Panel and all switches is 2 years old. There are no GFCIs involved anywhere.

However, now the laundry room light, garage light and one laundry room outlet no longer have power. Just to repeat, this outlet is not controlled by the light switch. The other outlets in the laundry room still have power, as do the ones in the garage. None of the breakers in the box have tripped. I've cycled every single one anyway, with no effect, still not getting power to the lights or that single outlet.

What happened here? Some sort of a short? Why wouldn't the breaker have tripped? Why would it be affecting an outlet not tied to the switch? 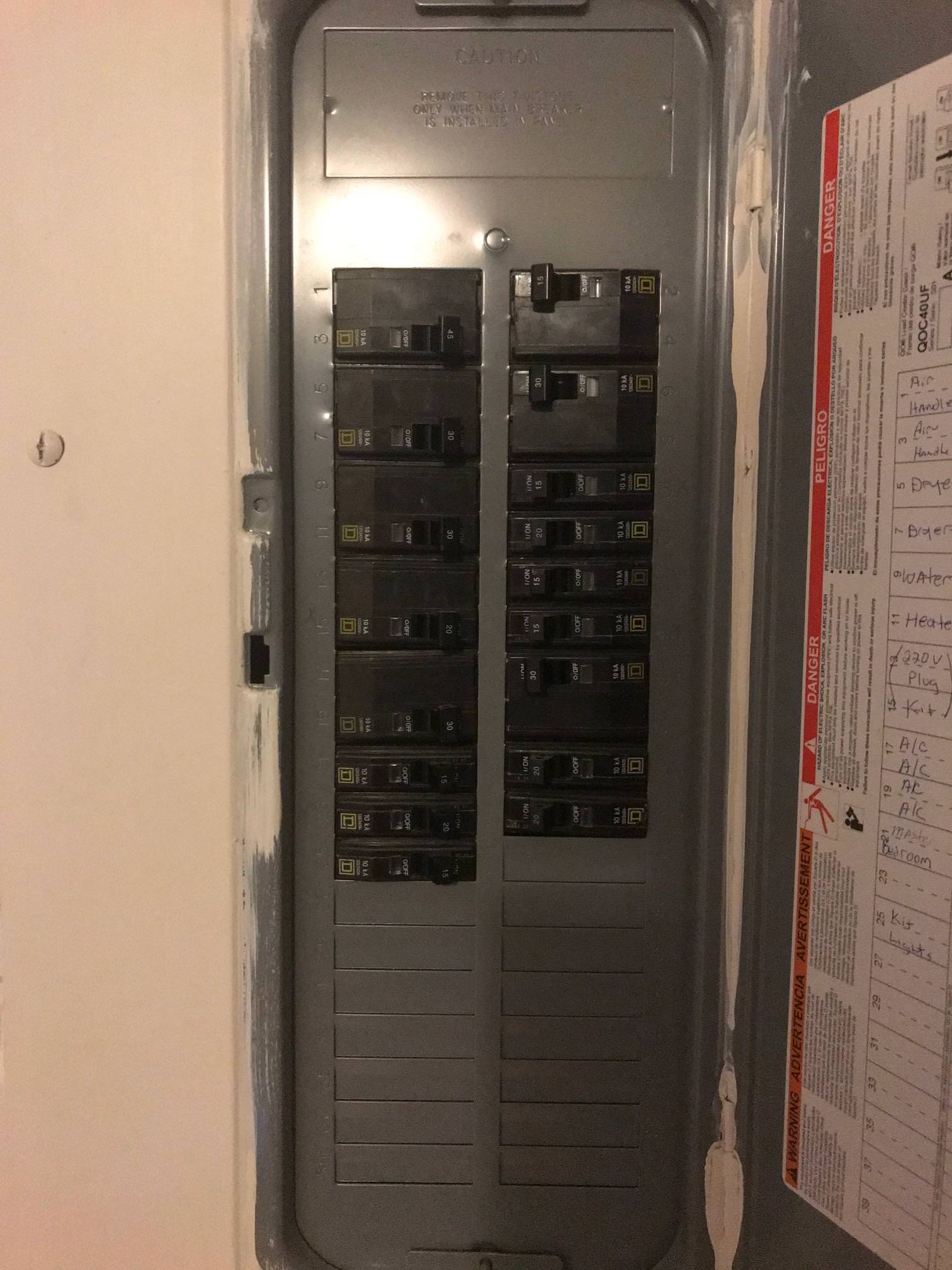 This is getting two long for comments.

I usually figure out the location using the main panel as a starting point, we normally run as little wire as possible so if the chain in this case went to a fan/light there could be a pig tail that failed but this would be rare thogh possible.

One of your outlets that was not controlled by the switch is now dead (this may be the failure point) With the string of outlets on that circuit one probably feeds the light but the problem may be 5 outlets closer to the main panel - it just depends where the connection was lost.

I usually start closest to the breaker panel and start checking until I find a dead outlet. I pull that outlet and check it for damage. If I don't see any damage then I pull the one prior, just realize that if a common wall between 2 rooms there are outlets in the other room that are probably on the same circuit.

Once I find the last working outlet and the first dead one, the problem is almost always there. Now if you don't find any damage to the wires in those 2 locations, turn the breaker back on and if the circuit now works the back-stab reconnected and since you don't know the flakey outlet, replace both or at least rewire them using the screw terminals (with the power off ).

To tell the truth, I hate back stabs but they have made me thousands of $ to repair this exact problem some times caused by hair dryers, vacuum cleaners, electric heaters, and yes shorted light bulbs. So go back and find the first dead outlet, if not there it could be the feed from the last working outlet.

This will pinpoint the failure since some outlets are working. No fancy equipment needed, just observation and a screwdriver. So yes this makes total sense because the weakest back stab in the link failed and it could be the hot or neutral.

6
How is power to an entire room restored by plugging something into an outlet in an adjacent room?
0
Outlet lost power
2
Questions about re-purposing double gang electrical box with two circuits
1
Capped off outlets and light switch wiring, now no power to half the house
5
GFCI Outlet in Bathroom, Lights not working
1
15amp breaker for 9 dual outlets?
0
Why has one circuit lost power?