How can I test network and coax jacks?

We bought new house and I need to test network (RJ45) and coax jacks to see which ones are working. How can I do that without actually connecting computers/cable boxes?

Very good question but you need to find out more information.

The very first question on my mind is.. Where do they connect to ? if they are connected to anything else at all?

Find the starting point(A) and the end point(B) of either cable.

Using a multimeter and a *return cable** you test continuity of the cable. Either using Ohms = 0 which means short circuit(in this case good because the cable is good) or some meters have buzzer if there is continuity.

You can also test the cable without a return cable, by joining the ends (centre and shield- or a pair) at one side and testing the centre core and shield on the other. This will test the entire continuity. If there is no continuity - which means the cable is broken - then you would not know if its the core or shield. But at least you will know the cable needs replacing.

This is very time consuming because RJ45 have several strands of cable so testing one after the other can be beach. But one clever solution is to make a loopback on point B and test the corresponding points on PointA. If it does not loop back then the cable is most likely broken. 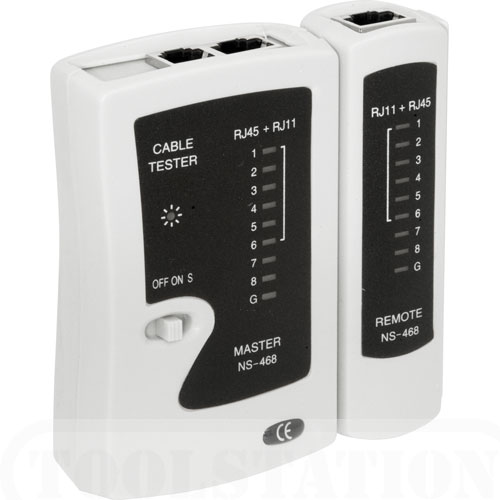 There are also network testing equipment that do the same as mentioned above.. but you have nice flashy lights and a nice loopback box supplied.Ebay a few bucks each for el cheapo ones.

Coax is a funny one and depends on what you need it for. Coax for TV, satellite or CCTV again. On digital signals you might get choppy or images cutting in and out if there interference. On analog you will see allot of "snow" or shadows. It is best to replace or check the fittings to see that the connections are good.

But you can test the cable also ...

An extra step here (1) is to test for short circuit between single(centre) and (shield) without and return cable or joining any end. This will check if there is a short circuit on the coax.Possibly a nail or screw when right through the cable. 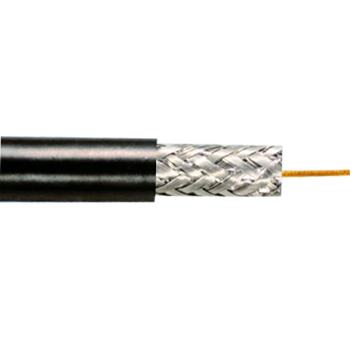 This will only test if the cables are in an operable state. So you connect it and it will work. The bandwidth, noise-to-signal and interference will greatly depend on the quality of the cable, workmanship during installations, etc.

EG The RJ45 could be rated for Gigabit but your bandwidth could a mere 250mbs(1/4 bandwidth) because the shielding has not been done properly, or the ends have been poorly installed, the cable is near high voltage lines, the cable is severely bent ins several places along the way.

COAX in general either works or not.But for Analog Video; again many factors come into play. For digital(eg satellites) it should be ok

*return cable - A long piece of wire that you know is OK. You will attach this at Point B and run it freely back to your meter. This way you can test the continuity of a single core.

Not the answer you're looking for? Browse other questions tagged outlets testing coax or ask your own question.

1
What could be causing cable signal to be lost?

13
How to detect whether there is a signal on TV cable
16
How can I install a cable jack without a box?
1
How can I remove a stuck coax cable from a conduit?
35
How do I properly feed coax through an outside wall?
2
TV Arcs with Cablebox through both Coax and HDMI
0
How can I determine if CAT5 cable is wired for data or phone?
3
How to test existing ethernet cable outlets?
0
how to test electric dryer without 240V outlet?
0
Best way to test light switch and socket?