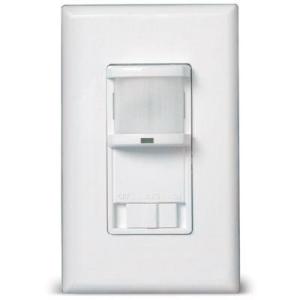 4
Can I use a motion sensor to control fluorescent lights that are plugged into an outlet?
2
How can I get my fluorescent light fixtures to work with an occupancy sensor?
0
Replacing a standard 2-gang light switch with an electric dimmer switch