I have a leak in the trap underneath my bathtub. Specifically, the leak is happening at the union nut of the trap (see red circle in picture). I have confirmed that the nut at the union does not tighten and is busted meaning I will need to replace the entire trap. Since the pipes are ABS and thus are sealed with ABS cement, I am assuming they are not removable thus requiring me to cut them off the input and output pipes (see yellow dotted lines).

Does this seem like the right approach? My concern is that after I cut off the P trap, a replacement P trap will not align correctly with the existing input and output pipes since it will have to be fitted higher than the old trap. What is the correct solution to have the replacement trap match the heights of the input/output pipes? 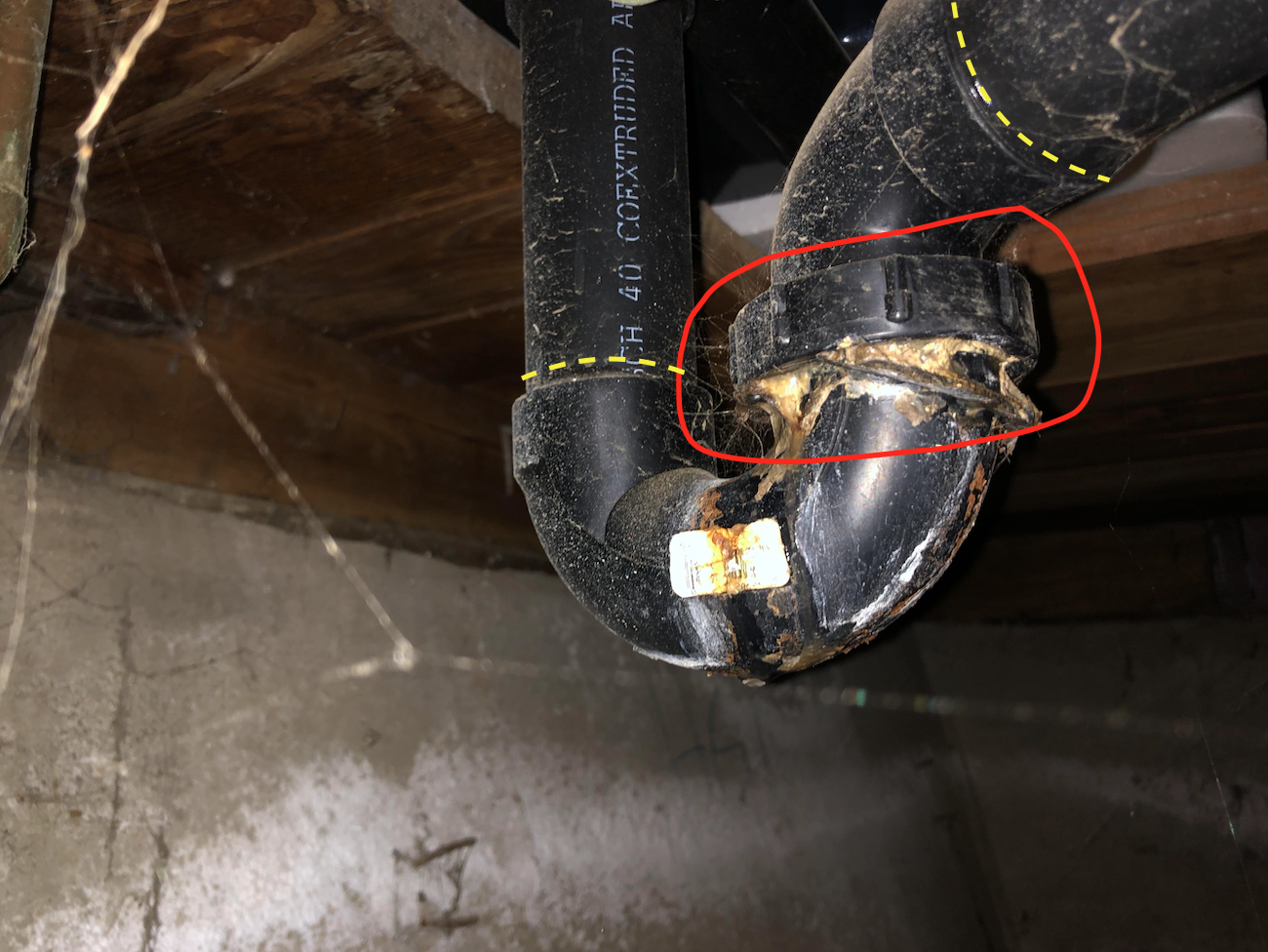 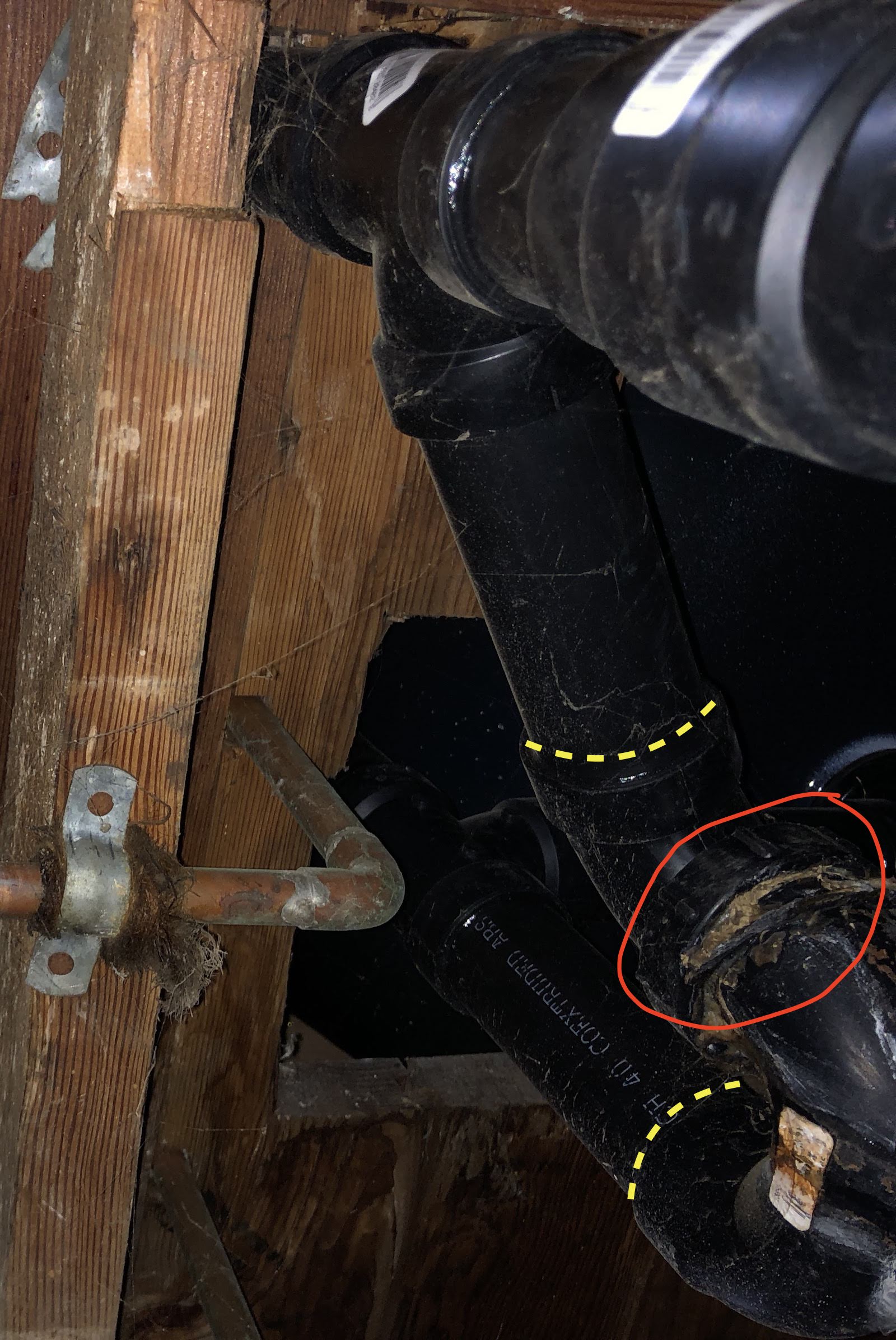 I would simply cut back a bit further than you have marked, then extend with couplers to the original pipe lengths and add your elbows and trap components. This will leave you with exactly the same configuration, which was fine, but with the two additional couplers.

Obviously we like to reduce the number of connections in a system, but modern plastic piping is hard to screw up if you're careful to coat things well with cement.

Not the answer you're looking for? Browse other questions tagged plumbing drain pipe bathtub plumbing-fixture or ask your own question.

1
How can I disassemble this P-trap?
1
How can I connect this washing machine outlet to the drain?
2
How should I replace this ABS p-trap and drain?
5
How can I vent a bathtub trap when the drain is routed under the tub?
1
Plastic tailpiece on brass bathtub drain?
0
Leaky drain, round 2: Trap joint won't stop leaking
0
Remove ABS P Trap
10
How can I temporarily repair a lengthwise crack in an ABS drain pipe?
0
P-Trap into Wall Marvel Connector Leaking