Can I replace this dimmer?

I have a knob dimmer that says on the metal plate "For permanently installed incandescent fixtures only" on it. I would like to replace that with a rocker style dimmer that accepts LEDs. The wording and the fact that the wires are inserted into the back just makes me want to confirm.

Edit: I opened the new one and it looks like my new switch has wires coming out of the back and you're supposed to attach a wire nut around the corresponding wire inside the box. Just gonna leave this up to be absolutely sure I can replace it at this point 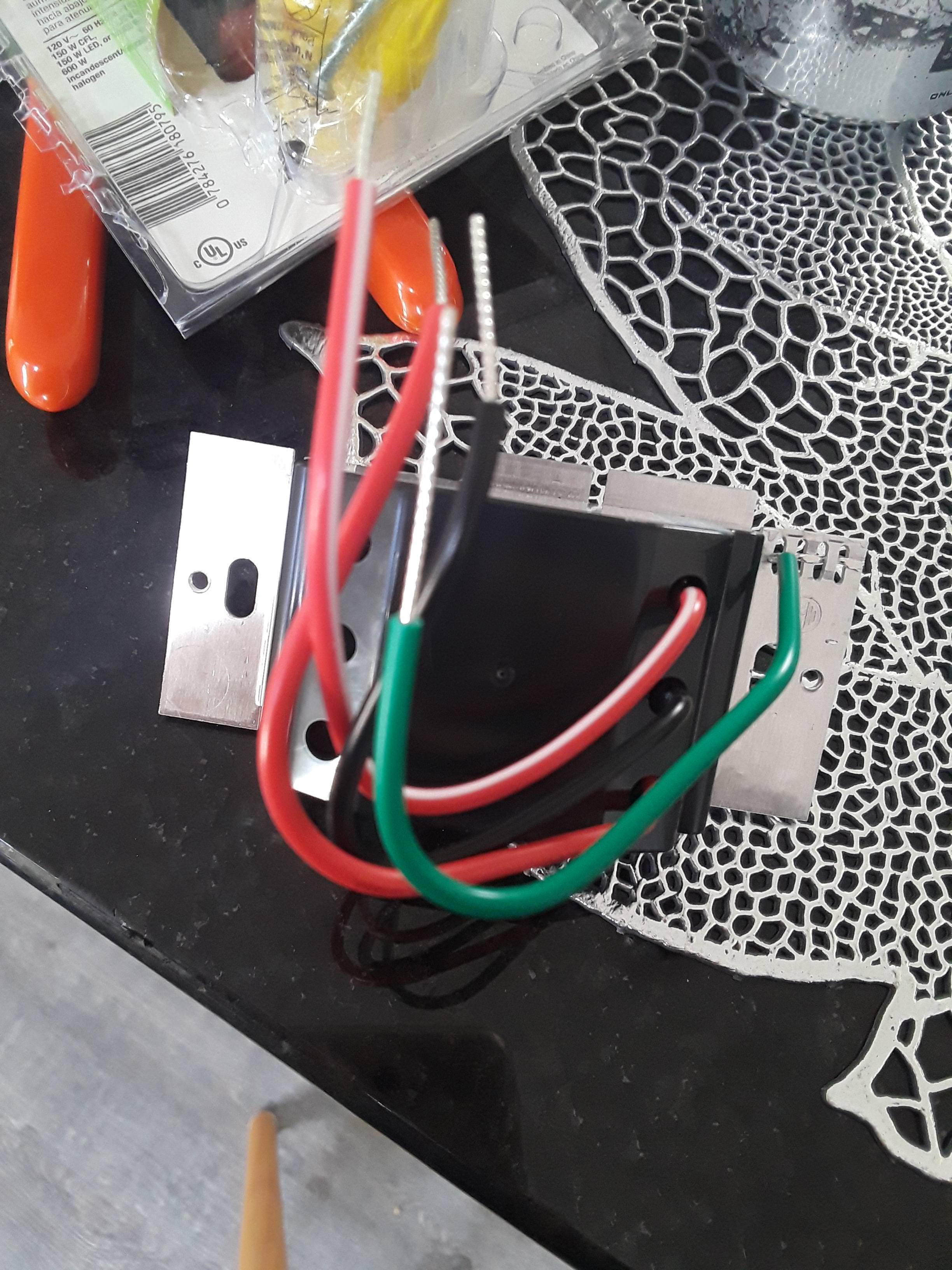 Many incandescent-only dimmers do not require a neutral wire. If that's the case then you will have hot, switched-hot and ground connected to the existing dimmer but not neutral. The new dimmer will likely require neutral. Neutral may be in the box in which case you have it easy. If not then it should be nearby and the challenge is to make sure that you have the correct neutral and bring it into the box, split it and pigtail to the neutral on the new dimmer. Code now requires neutral in all switch boxes but that has not always been the case.

Now for the specifics: Based on the UPC code of the package, this is a Lutron LECL-153PH-WH dimmer. I found the spec sheet for it and it explains the wiring. For a single switch (i.e., you have one dimmer switch controlling the lights and no secondary switch at the other side of the room):

The Red/white and Red are used together as travelers for a 3-way switch (2 switches controlling the same light).

1
How do I handle an extra black wire when replacing dimmer switches?
0
Grouding on a incandescent 120 V dimmer
2
Did I wire this dimmer switch correctly?
1
LEDs in a multi-bulb fixture only dim when installed alongside a single 60W incandescent bulb
1
How should I connect a replacement dimmer switch?
4
Does it matter which wire goes where on single pole dimmer?
3
How to identify the wires on the dimmer to convert it to Conventional on/off switch
0
Dimmer - 120V in, 70V out, normal?