I own a Fahrenheat FUH724 (7500 watts) electric heater for my 2 car, uninsulated garage. I installed this unit 12/2017 along with a Nest thermostat. An Aube rc840t-240 relay was used to step down the 220v to 24v for the Thermostat to properly work and all appeared to work properly until about 3 months later when I began to experience malfunctions and this is where I need the collective help from an informed community found here.

The electrical connections to the contactor became the point of failure. The OEM wires within the unit were overheating, failed and ultimately broke off and the internals of the contactor revealed signs of malfunction. I contacted the manufacturer, replaced the defect wires, and contactor also checked for loose connections throughout. All seemed acceptable. 4 weeks later, same failure points.

I contacted the manufacturer again and they sent me a replacement and I have yet to install. Could the Aube relay be causing this much heat buildup within the wiring to cause the malfunction? While trying to diagnose the problem, I took temp readings at various connection points with and without the relay in place and the temp at those points didn't change so I'm not sure that is the root of the problem.

I'm also questioning whether or not I may need supply wire exceeding 90c?

Sorry for the long-winded question but I felt it was important to describe the problem with all detail i've experienced. If i've left out any important info please ask away. 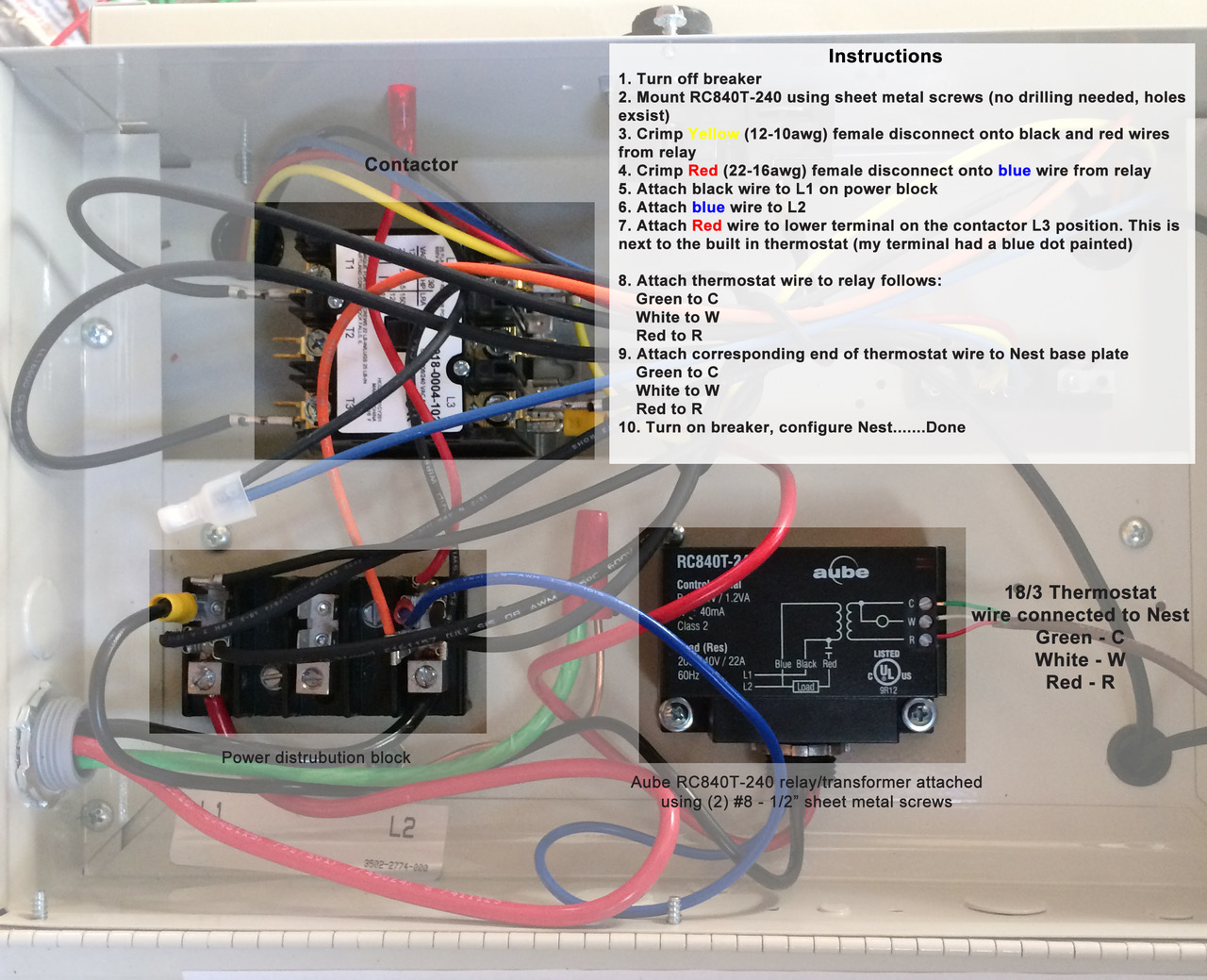 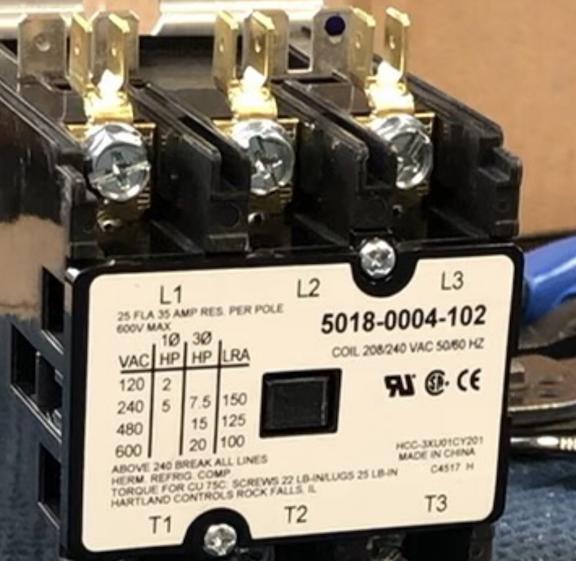 You have three choices:

Remember your equations Jamie, It helps out quite a bit 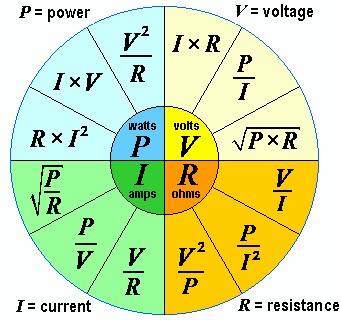 Your contactor says It's rated at 35 Amps per pole

Better yet try imagining a hose full of water, If one person stands on the end of the hose and the other person behind the house squeezes the hose, The guy at the end is going to get hot and bothered and say what's going on and give up. Your contactor got hot and gave up

Not the answer you're looking for? Browse other questions tagged transformer relay or ask your own question.

1
How do I get a low voltage thermostat to control a 240v heater?

10
What is this thing on my garage wall?
1
HVAC system electric diagram help
2
Connect the heater boiler through a relay instead of direct to the thermostat
0
Electric Furnace, no AC, blower motor starts then slows after 1 second
0
Single pole or dual pole relay for switching a 3KW water heater? (UK)
0
Can I use a variable AC transformer to adjust the output of a radiant heater?
2
What are these transformers in my garage for and how do I disconnect them?