How are mini drill bits mounted on a regular sized drill?

I have no prior knowledge of drilling but I've stripped a screw on one of my electronics so I need to drill it out to access the insides for a fix.

From basic research, I understand that the 'drill chuck' is the hole on the drill where the bit sits. However the majority of drills are suited for 'normal' sized bits.

So before I make the wrong purchase, I'd like to know what drill + bit combination I need for holes between 0.5-1mm?

One option that you have is to use a mini-drill chuck adapter or mini-drill chuck. I used the latter term in a search and the auto-fill in The Google added adapter, but the results were the same: 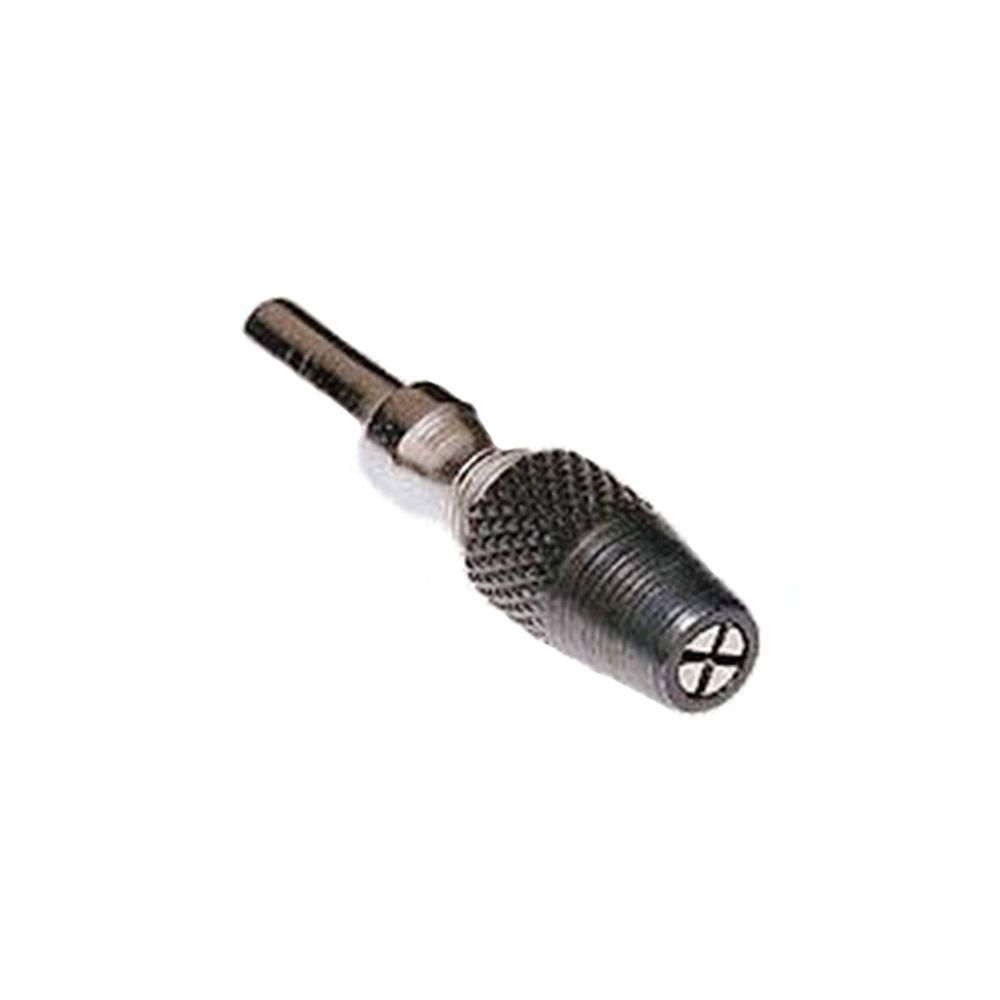 This image came from The Home Depot and will accept from 0.00 inches to 0.039 inches (1 mm) according to the specifications. You would find other mini-drill chucks with larger capacity.

I dislike the four-jaw configuration, but it's less expensive than a three-jaw chuck. It's easy to get a tiny drill bit misaligned when securing it in a four-jaw design.

My initial search appeared at first to return only four-jaw designs, but I was able to locate a three-jaw eventually: 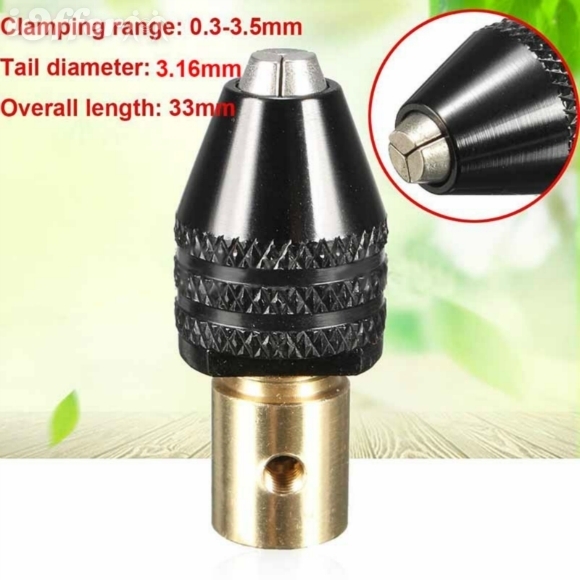 It has a price similar to the Home Depot version, but appears to be an online resource known as iOffer.

If you're drilling a hole that small near sensitive electronics, you may want to consider a pin vise. They are often available at hobby stores.

Here's a picture of one of the first ones I found via Google: 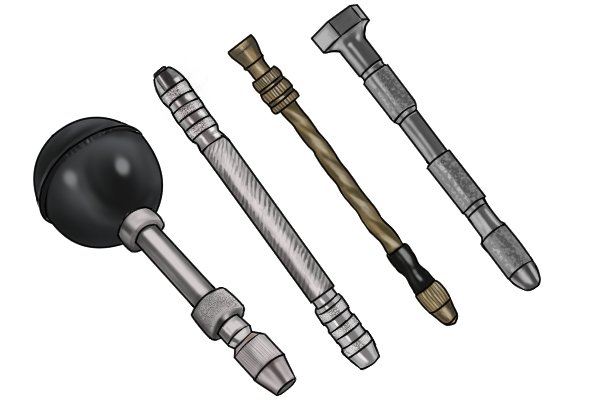 Image courtesy of wonkeedonkeetools.co.uk (with a nice description of use), no product reference implied.

The top (of some) pivot so you can place a finger there to hold it, then you rotate it by hand. You can even rotate back-and-forth instead of constantly in one direction (because it's easier) and you'll still make a hole. They're very effective at drilling through plastic and pretty reasonable for thin metal.

Doing it by hand, you'll be much less likely to do damage to the surrounding areas by having the bit accidentally drift off course or by overdoing the hole and going through something on the other side that you didn't intend to drill through.

I think you misunderstand the nature of a good drill's chuck. As you can see from other photos on this page, a chuck is essentially at zero size when fully closed. It's able to accommodate virtually any size bit up to its bore diameter, which is typically 1/2", but may be only 3/8" with older or small drills.

I routinely use bits down to 1/16" in my DeWalt drills, and I'm reasonably sure that they'd do half that without issue, should I find the need.

As an alternative, simply purchase hex-shank bits which will be securely held by even a worn traditional chuck.

Not the answer you're looking for? Browse other questions tagged drill powertools bits or ask your own question.

3
How can I repair the chuck on my cordless drill?
2
Can I realistically replace my drill with a rotary hammer?
1
Questions about drill features
2
How to drill straight hole in 4x8 beam?
7
How many holes can a masonry drill bit make?
1
How to drill plastic without the bit "grabbing" it?
1
Trying to decide between these two types of masonry bits
3
Is it normal for drill bits to slip in a keyless chuck when binding in metal?
0
Why do only some drill bits slip out my drill chuck?