How can I reliably crimp aluminum ferrules without a specialized tool?

Is there another way to crimp aluminum sleeves without having to buy a $40+ crimping tool that I will only use for this one project?

Or at least is there a crimping tool that has another use?

I don't want to spend so much on a tool that will only be used once and will then be stored in a box until I die.

THIS METHOD SHOULD NEVER BE USED ON WIRE ROPE INTENDED FOR LIFTING PURPOSES. THE RESULT SHOULD BE ADEQUATELY TESTED WITH AN INTENDED LOAD UNDER CONTROLLED CONDITIONS WHILE HORIZONTAL BEFORE USING IT IN THE FIELD. (If the intended load is a very light one, such as for a dog tie-out, using your own body weight is one way to test it.)

For up to 3/16" BARED wire rope (that's the metal dia, not including any covering) I hammer in 3 dents. Using a nail about 3/16" dia. (for a 3/16" ID ferrule) laid across a DOUBLE ferrule, put 2 dents on one side, no closer than within 25% of the END of the ferrule flip it over and put the 3rd dent on the opposite side, spaced between the first 2. Don't go hammer crazy. With a properly sized ferrule, the dents don't have to be even the WALL thickness of the ferrule itself for max holding power. I use a traditional anvil's surface, but if you have a vice with an anvil surface behind the jaws, or a piece of railroad rail, or any THICK piece of scrap steel, lay the cable and ferrule on that. DO NOT DO THIS ON BARE CONCRETE-its an eye hazard and you can easily damage the concrete surface. Plus the ferrule doesn't look as good when you're finished.

Just crush the thing with any tool you have around.

I googled the phrase "crimping aluminum sleeve without tool" to find examples of a child using pliers to get this done: https://www.youtube.com/watch?v=rMJETUcYNxg

If you can use a big vise to crush them down, that's probably the most 'controlled' way. Otherwise, use pliers, or get a hammer and chisel and dent the sleeve at two or three points with the chisel.

Plan on destroying one or two sleeves first just to get the technique down. Then, once you have one that looks right, really try to rip the wires out (to verify that you have a good internal connection).

I often use a thick nail set and drive two divots on each side of the ferrule on concrete, staggered from each other on opposing sides.

Simply crushing ferrules with a vice or Vice-Grip doesn't leave me with much confidence in the holding power of the crimp and tends to leave a less pretty result. Creating a zigzag path for the wire rope is more reliable.

Assuming you were thinking of using these ferrules to terminate wire rope, and you're only making a few connections and not hundreds, my advice is don't use them at all: use Wire Rope Clips instead. 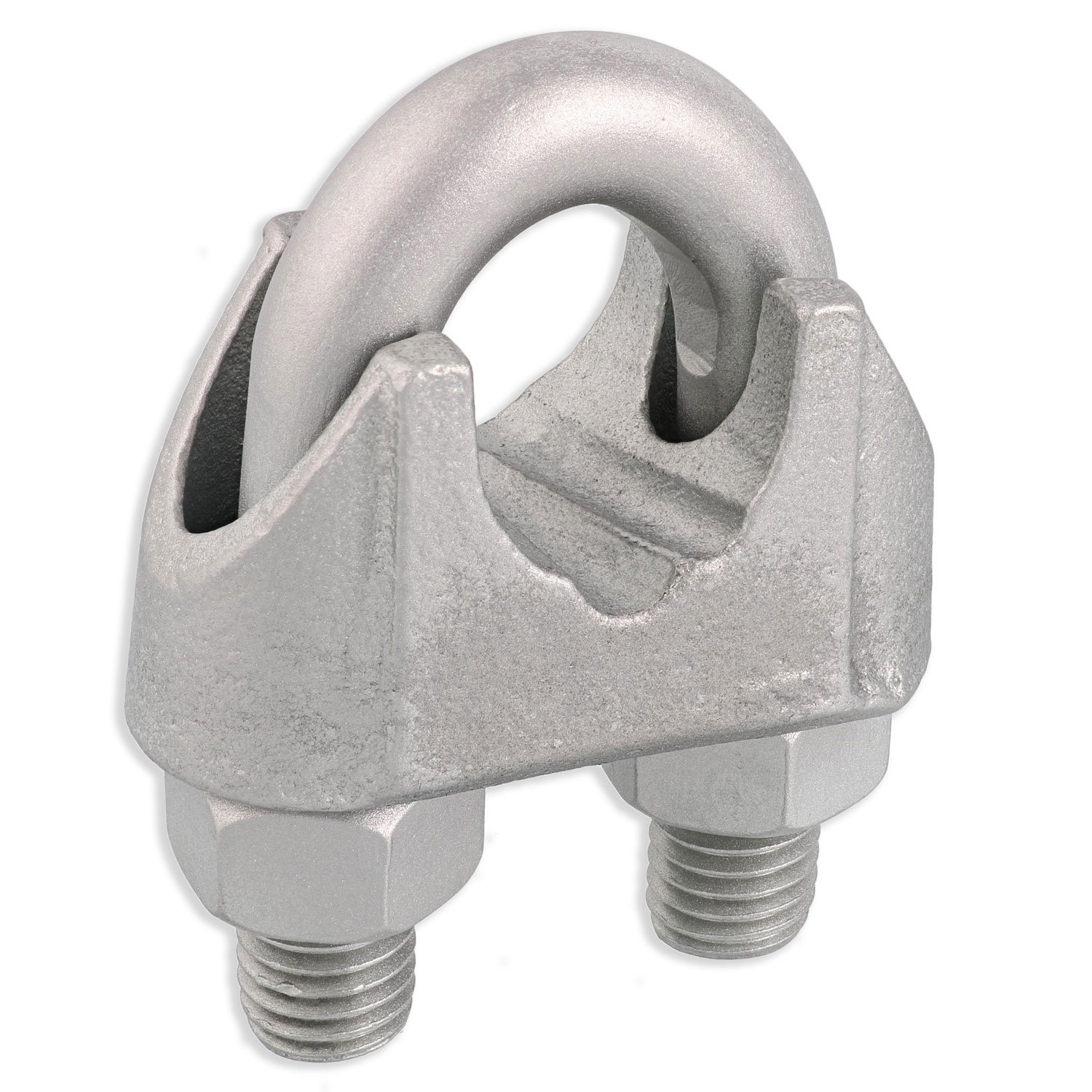 They're not quite as cheap or quick to assemble, but if you're only doing a few, there's not much difference, and the only tool you need is a wrench.

Note that unlike the ferrules, they do have to be installed a particular direction. 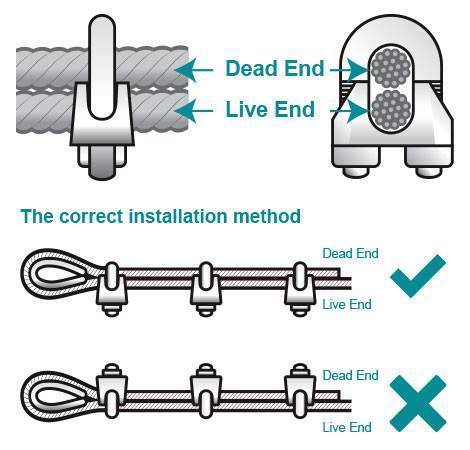 I just went through this! The guy at Home Depot practically rolled his eyes when I asked him where to find a “swaging tool”. Turns out, just bashing the crap out of them with a hammer (on our concrete garage floor) did the trick for the FOUR cable ends/ferrules I was dealing with. Who knew! Upside: very satisfying to bash things. :D. Caveat: I’m a chicken-armed chick, so bashing for me is probably gentle compared to a dude with actual muscles. Start “gentle” and work up. I was dealing with 3/32” cables. Project is finished!

Not the answer you're looking for? Browse other questions tagged deck fence wire decking or ask your own question.

1
What's better for fence posts - wood or metal tbar?
4
Cleaning and staining a fence with segments of different color and age
1
Do I need to upgrade wiring to replace a 50A breaker with a 60A breaker for a new hot tub?
1
Aluminum vs galvanized vs stainless tubing for fence with railing?
0
Correct crimping tool for these sleeves? Are these the correct sleeves?
0
How do you correctly pull the steel wire and crimp so it's tight enough for turnbuckle?
1
How can I extend an electric wire without a large cross-section connector?
0
Attach 2x4 to a warping 2x4 wood rail?
0
Why don't my composite deck screws go in all the way? Why RT screws?
0
How to install deck railing post sleeves on these posts?