I'm installing a light fixture in my dining room and there is an existing wall box just below where I want to put the light switch. I'm assuming this old box also contained a switch. I was going to run the lines from the existing box through my switch and to the light. However, when I opened it up and pulled everything out, I was surprised to see that both black wires had been capped but the whites and grounds are still tied together. 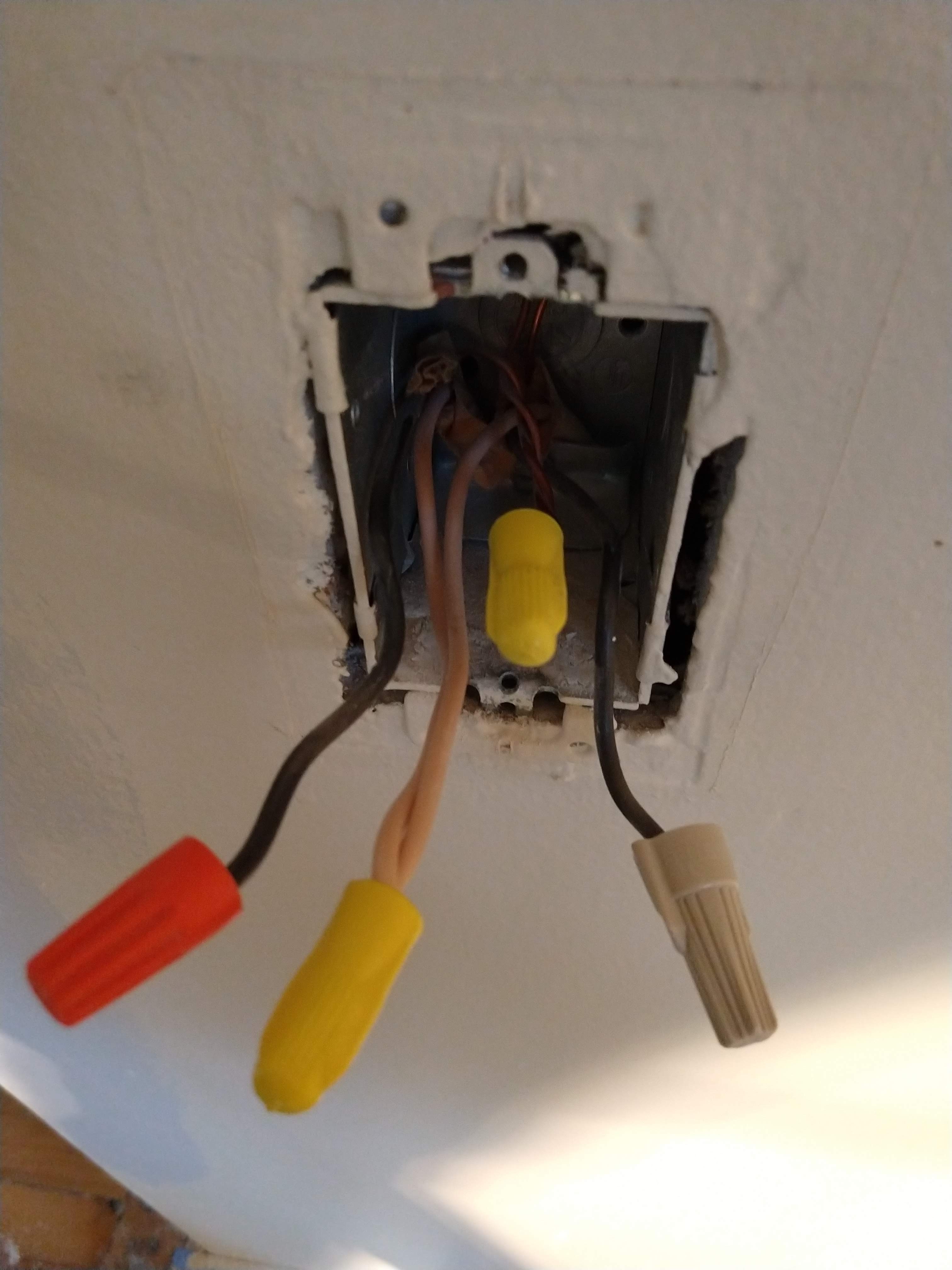 Does anyone know why the two hots would be capped and not tied together like the others?

That's exactly how it would be left if someone removed the switch. When the switch was there, the two blacks went to the switch, and the whites and grounds were spliced just like that and pushed into the back of the box.

That may be because they removed the fixture and did not want hot going somewhere it did not need to be.

To understand what you have you should determine which of the two cables has the line hot and its associated neutral. Use a non-contact voltage tester or a standard voltmeter with probes.

At this point you could just ignore the extra cable (and maybe disconnect its neutral and cap it) and run a new cable from this box to the new box you want to install.

The other cable would have supplied power to a light or to a switched receptacle. Is there a ceiling box or a wall box for a light near this? Alternatively is there a receptacle near the switch (on the same wall or nearby on a perpendicular wall which is currently not working (check both of the receptacles of a duplex receptacle)? If all nearby receptacles are working, then you would have to look in them to see if there are capped off wires in them. Or look for unusual extra connections like jumpers from one receptacle to the other of the duplex receptacle.

Here is one possibility for how these wires came to be in this configuration:

There was a switch in this wall box which switched one half of a nearby duplex receptacle (so a floor or table lamp plugged in would be controlled by the wall switch). The other half of the duplex receptacle would have been powered by another cable and was always on.

If someone wanted both halves of the duplex receptacle always on, they would disconnect the wire from the switch and connect both receptacles to the always on power.

It is (most likely) an old Switch Loop

Switches are confusing until you have that "aha!" moment (which actually took me quite a while).

However, older switches (and current switches that are "just switches" and not dimmers, smart switches, lighted switches, etc.) do not actually use the neutral. Sometimes you will not even find the neutral inside the switch box because it doesn't actually need to be there. Code now requires a neutral to allow for dimmers, smart switches, lighted switches, etc. so the configuration you found - neutral from fixture and neutral from panel connected together - is perfectly normal. If you need neutral for your new switch, pigtail it to the existing neutrals.

So why aren't the blacks connected? Because that would complete the circuit. If a fixture is still in place then it would always be on. The gap between the two blacks is equivalent to an "off" switch.

As others (especially Harper) often point out, a black switched hot is a convenience (NM cable is normally black + white + ground) but is confusing, so labeling it by putting red electrical tape on both ends (in the switch box and at the fixture) avoids confusion. But most of the time it is just another confusing black wire.

The one important thing to figure out is "which black is hot and which one is switched hot". That is actually easy: Using a non-contact tester with the circuit breaker ON, the "hot" black will be live and the "switched hot" going to the fixture will not be live.

1
Two white and two black wires in ceiling box
3
How can I add a 3-way switch to my light? (confused about existing wiring)
0
3 black wires and 3 white wires
1
How do I connect a new fixture to a box with two black and two white wires?
2
2 x Wire Lines in Ceiling Electrical Box - 2 White/2 Black - 3 of them are always hot
1
Ceiling Lighting Box HELP
4
Why does my light box have 2 cables for this one switch?
1
Ceiling fan with light - electrical box has two cables, one with a red wire
0
Which are the hot wires and is there a ground present in my recessed light?