The laundry room has separate shutoff valves for hot and cold water. I believe that the type of valve is a quarter-turn ball valve, although the handles are much shorter than the quarter-turn ball valves used for the main water supply lines. I haven't had much luck figuring out if there is a better name for them; if there is, please enlighten me, as that might help me find more relevant information than I have been able to so far. The valves are part of an IPS Water-Tite outlet box, similar to this one: https://ipscorp.com/plumbing/watertite/supplyvalve/washingmachine/centerdrain 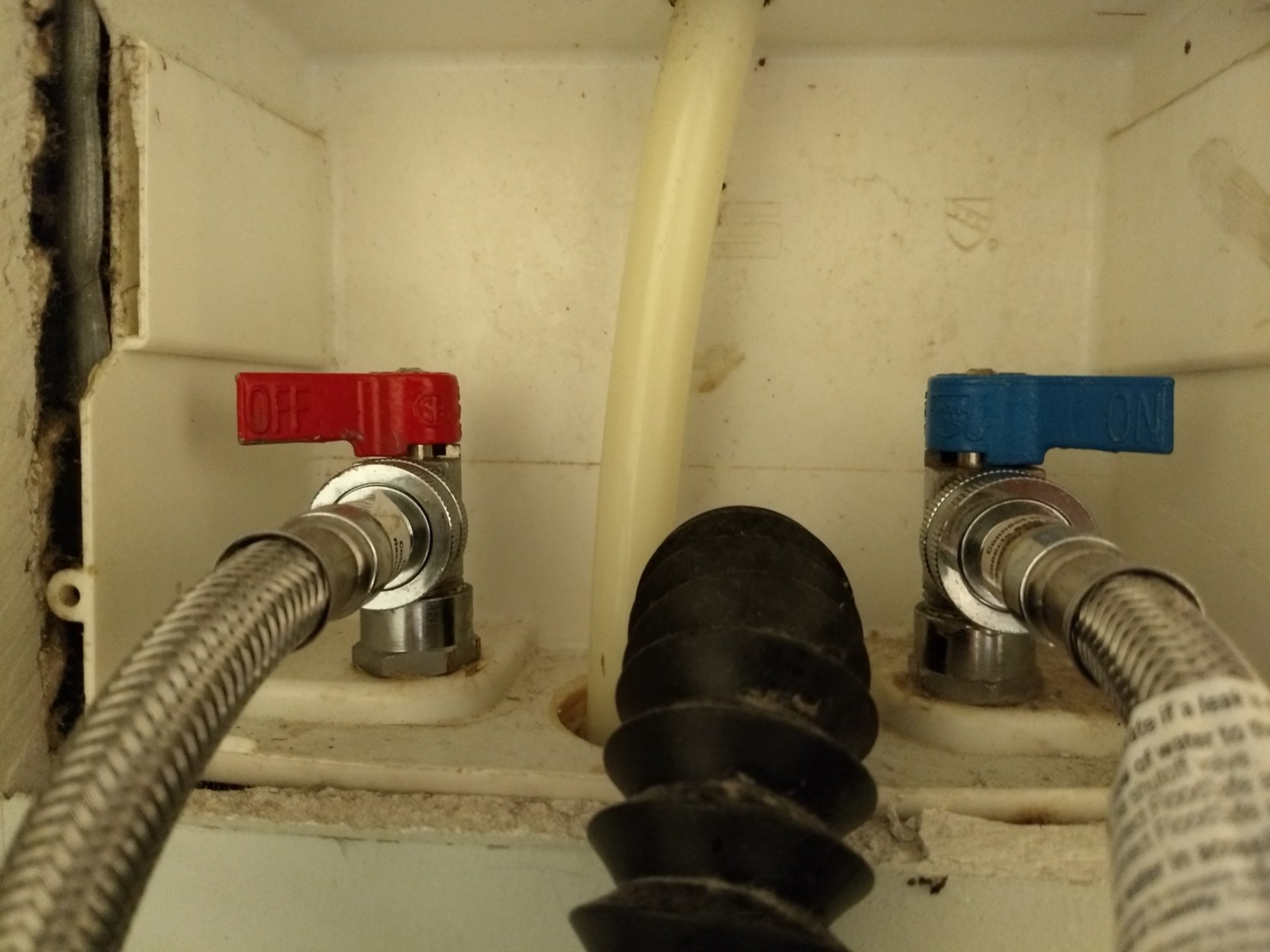 The cold water valve works normally, but the hot water valve does not close. The handle turns readily between the on and off positions, but nothing happens. After turning off the hot water at the heater, I disconnected the hose and disassembled the valve as much as I could. The handle is held in place by a hex nut screw. Below this is a stem which turns freely without seeming to engage the mechanism inside the valve that should open and close it. (Sorry, I didn't think to take pictures while I had it disassembled). I didn't see any washers or other obviously replaceable parts, or any apparent way to remove or adjust the stem (beyond turning it, which seems to have no effect).

Is there anything that can be done to repair the valve? If not, what does replacing it entail? Is it going to be necessary to open up the drywall and replace a chunk of pipe, presumably involving multiple soldered joints? That's not something I know how to do, and I'm inclined to hire a plumber rather than try to learn under these conditions. Any suggestions? If I do that, should I have him prophylactically replace the cold valve at the same time, even though it is working normally?

This is in a house that was built around 2005. I have replaced the hoses periodically, but the plumbing itself is unchanged from the original construction. This has become pretty urgent, because the washing machine has begun leaking from the bottom, and in light of its age and some other issues it is having, I want to replace rather than repair it.

Thank you in advance for any help or information you may be able to offer.

Solution: The valves were in fact threaded in place, even though there is no good point of contact on the valves to connect a wrench to. So removing them for replacement was just a matter of applying more force than I had been comfortable doing, using a channel lock to grab them by the body. I had the plumber replace both valves with a new set that is similar, but has a hexagonal piece above the threads for a wrench to grab on to. 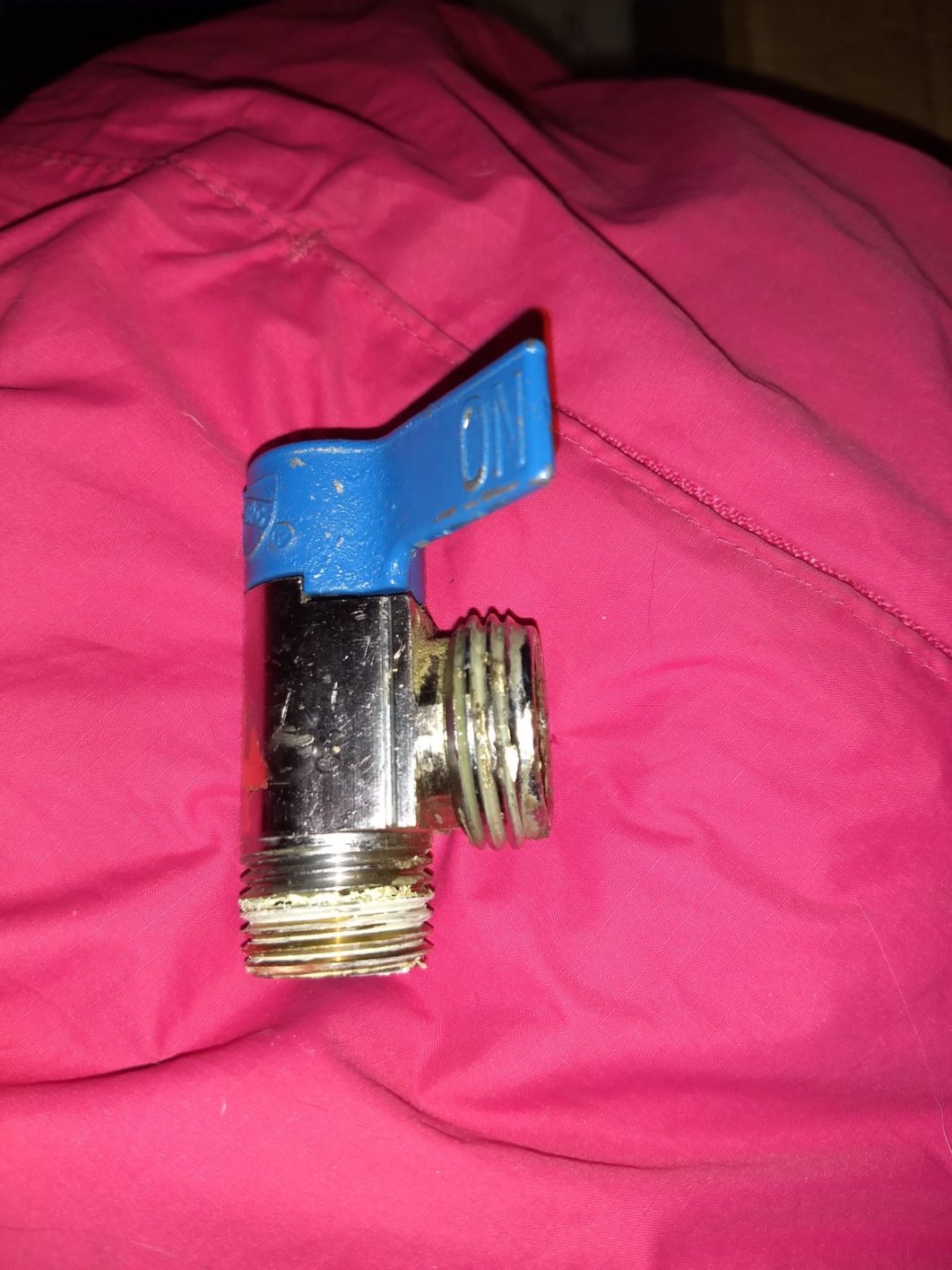 Interesting fact: the outlet box and the valve handles both have the brand name IPS. But on the phone, an IPS customer service rep swore up and down that the valve was not theirs, they have never made a valve that looks like that, etc.

From what I can see the valves MAY BE threaded into a fitting and you can replace the valve with a pair of wrenches. If I am concluding correctly from what I see, the valve itself has male "iron pipe" threads probably (what is called) 1/2" MIP or maybe 3/4" MIP. These threads are also designated NPT.

Alternatively, the fitting below the valve may just be one to allow adjustment to clamp onto the plastic box and it may be that to replace this valve you really do have to cut into the drywall and cut tubing or unsolder a fitting. I think an arrangement like that ought to be a code violation, but I see there are valves sold for that set up. I have our washer valves set up so they can be changed with wrenches and I just assumed that this would be the default modern arrangement, but maybe not. You may have valves like this.

You could cut a hole in the drywall below the box and put in a plastic access port that would allow inspection and verification that joints are water tight. I would put in a large enough access port to allow the repair to be made. Since this is behind the washing machine there would be no need to restore the drywall to the standard of an exposed wall.

If what I first thought was the arrangement you would measure the diameter at the exposed threads to confirm that it is what is called 1/2" and get a replacement hot water valve with 1/2" MIP threads. These valves are available with either female or male threads so be careful to get the right one. (You could remove the old valve and take it with you, but then water to the entire house (or at least the hot water) will have to be shut off during the time you have no valve in place.

Put pipe dope or teflon tape on the male threads of the valve and thread it in.

You are correct, they are indeed quarter turn valves. To my knowledge, there is no way to repair the valve in question. There is an alternative other than sweating copper for replacing the washer outlet box, but it still requires opening up the wall.

The alternative being a washer outlet box with sharkbite fittings for your shutoff valves. You'll still have PVC, most likely, for the drain to deal with.

I would recommend hiring a plumber to tackle this particular task.

Our original washer valves were 1/2" multi-turn with rubber washer to brass seat and they were sweated onto the 1/2" copper tubing. The sweat joint was exposed in the box so I did not have to open up the drywall below the box. When I redid them I sweated on a fitting going to 1/2" FIP so I could thread in valves.

I thought the new quarter turn ball valves I got from HD or Lowe's were themselves 1/2" FIP and I got a "nipple" ( 1/2" MIP x 1/2" MIP) to connect the two 1/2" FIP joints on the supply and the valve, respectively. But looking at the valve it appears that the valves are actually 1/2" MIP. I don't know if this is the best way to do this. I had a lot of trouble with getting the threaded joint to stop seeping. I can see why the professionals prefer to sweat the valve in. But for an amateur using a torch inside a wall risks starting a fire. The suggestion of using a SharkBite is a good one. 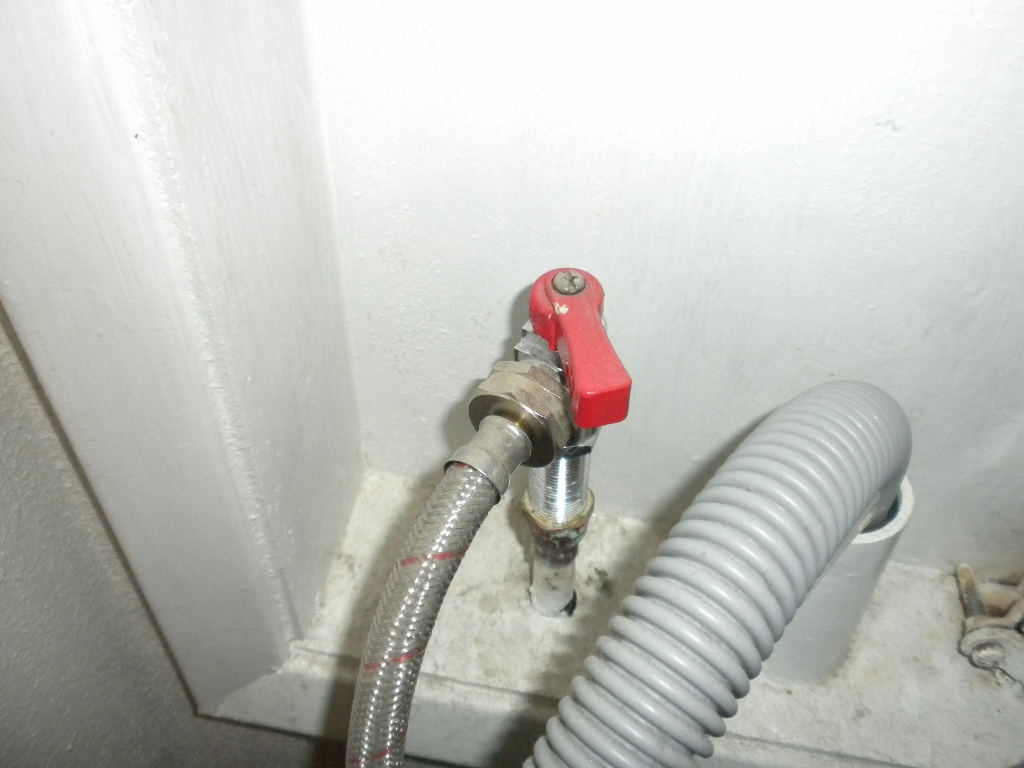 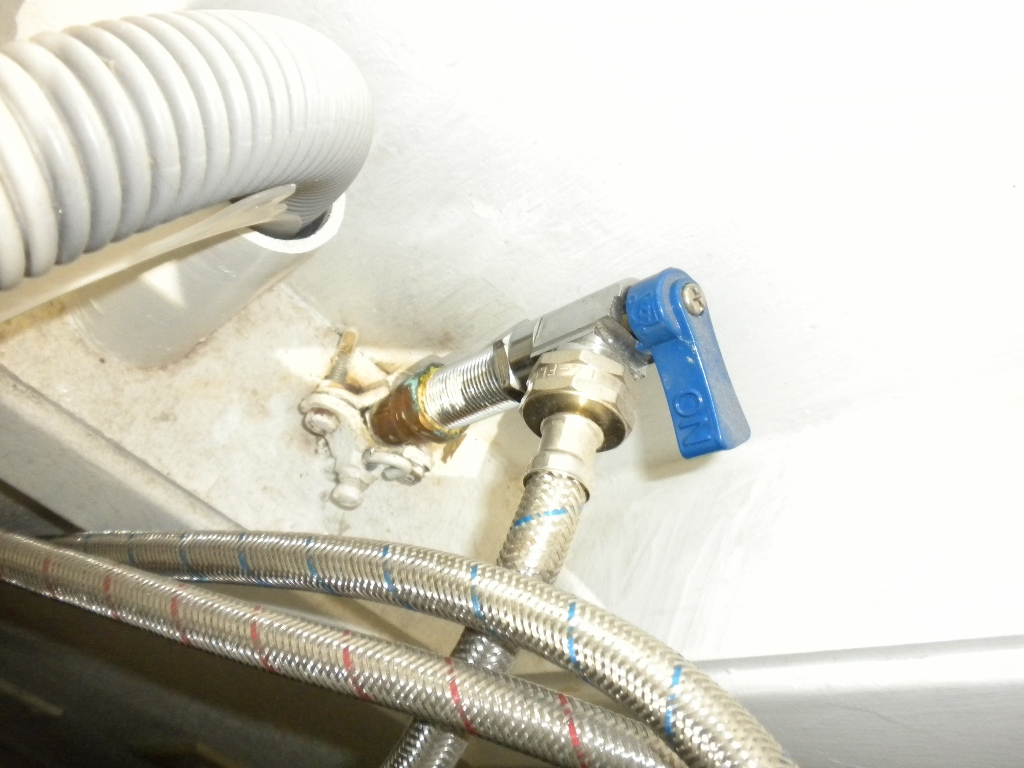 I said above that I had considerable trouble getting these valves to stop seeping and I think I now realize why--the threaded tubes on these long shank valves are surely straight, parallel and are not tapered! Long shanks cannot tapered. They could be tapered at the ends and straight above that, but that would show .

Only short shank valves can be tapered, Short shank valves of course could be straight, but almost certainly (at least in the US) would be tapered. I redid these three times and finally got it to a very slow seep which plugged up over a week or so. But this is not an acceptable installation. These valves were probably intended for sweating 1/2" copper tubing inside the shank. The threads were probably intended for a pair of nuts to clamp it to these now ubiquitous plastic boxes.

6
Should I have replaced my water heater's shut-off gate valve with a ball valve?
5
The main water valve won't open fully after I closed it. How do I shut off the water to replace it?
1
Can I use quarter-turn ball valves with compression fittings or threads for my water shutoff valves?
2
Leaking Washing Machine Shut Off Valve
0
Toilet tank fills after Shutoff valve is off and FluidMaster fill valve also is off
0
Is a back flow valve needed to attach a washing machine?
1
Replace Water Shutoff Valve Stem with Repair Kit
0
Shut off valve options for bathroom sink?