Water comes out of the shower head when faucet is in tub fill mode (I know why, but not how to fix)

Here is the deal - I got bathroom remodeled. Moen 82603 single handle valve. When the water is coming out the fastest (mixing hot/cold) water comes out of the shower head. The person (not me) I had helping installed the valve at about 48" from tub floor or about 30" above faucet. The directions clearly stated the valve can't be more than 11" above the faucet. So basically the new shower wall is toast since if I have to have this re-done, and the valve lowered, it's a complete re-do.

Question? What are some better options? I can get into the plumbing by removing the drywall in the adjacent room.

Most likely the problem is just the diverter on your tub spout, it's probably not opening all the way, which allows some back pressure to build up in the pipe that eventually gets back up to the shower head. It could also be corrosion inside of the pipe that is having the same effect. 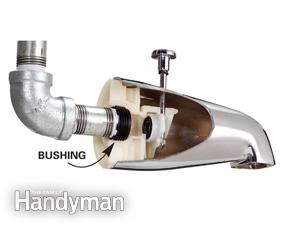 I don't see how it would have anything to do with the height of the valve, unless maybe the lack of head pressure (weight of the column of water in the pipe) isn't enough to overcome the back pressure created by your diverter valve. The Moen valve is just on or off, it doesn't tell the water which way to go, that's done with the diverter.

If that doesn't do it, the other option would be to put a shut-off valve at the shower head spout. Same net effect, no need to open the wall. 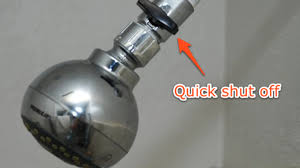 I agree with @J.Raefield, a showerhead shutoff which can be added to the existing showerhead such as this: 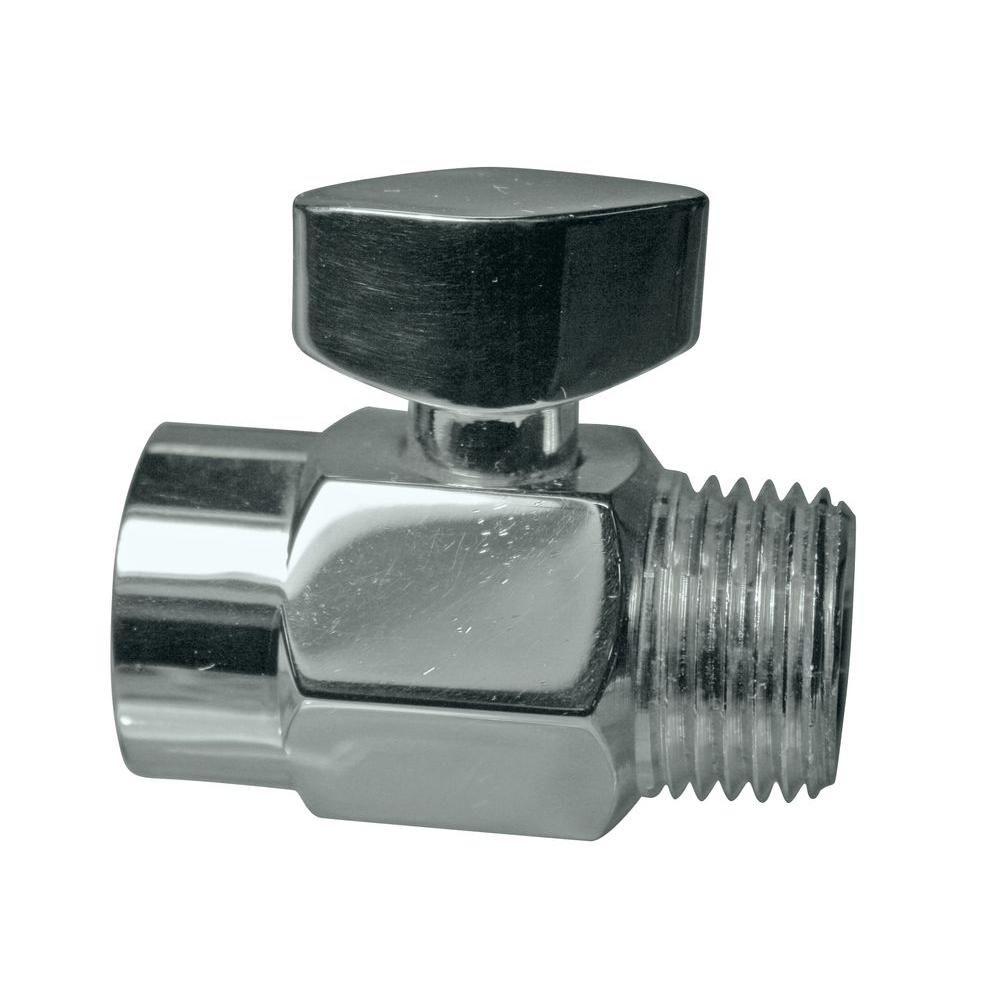 Otherwise, replace the showerhead with a model which includes a shutoff valve.

I changed out the pex to copper. here is my vid

You're in a tough spot. Adding a shut off above will work but that would drive me nuts. Some other options are opening the drywall behind a doing 1 of two things. 1- change the downspout to as much 3/4"pipe as possible. That way your newly finished shower can stay that way. (might not work) 2 - add two ball valves on the hot and cold entering the Moen, turn the water on and close them off slowly until water stops coming out of the shower head. You could get better results doing both.

The shower head has a built in water saver so you shouldn't notice too much pressure drop.

Not the answer you're looking for? Browse other questions tagged plumbing shower bathtub or ask your own question.

6
Why does my shower head drip when the tub faucet is on?

1
Why does my shower goes cold when any other faucet is turned on?
2
Shower head releases water every time the toilet is flushed
1
how to setup bathtub spout and shower head in separate locations
1
Building new shower, how can I control the flow of water to two different shower heads?
1
I used pex to plumb my bathroom and now have water coming out the shower head when filling the tub
0
Water coming out of shower head without using the diverter
0
Why does my re-plumbed shower come on whenever the tub faucet is opened?
0
flow diverter for a nonstandard tub installation