I did some wiring and want to make sure i calculated it all safely. I have a 30 amp breaker, single phase 240volts wired to a dryer outlet, don't know the awg of that as it's in the walls and has been built a while ago. I then attached a extension cord to the dryer outlet that is 50 feet long made out of 10/2 solid wire inside a armored conduit. I am drawing a constant 23 amps and the wire feels pretty warm. I can hold it it's not like super hot but it feels pretty warm. Now considering the legenth of wire and the amps being drawn I should be good and the calculations online say I should use 12 awg but I had 10 lying around. Also is solid core better in this case than stranded/braided (whatever its called)? I also will be drawing a constant 23 amps for 10-13 hours but then nothing for about 12 hours after that. So am I safe here or do I need to make my extension cord with #8? Or with stranded wire? I just figured that solid core will safely transmit power better and safer than the other stuff that's why houses use solid wire in the walls. Thanks for the help. 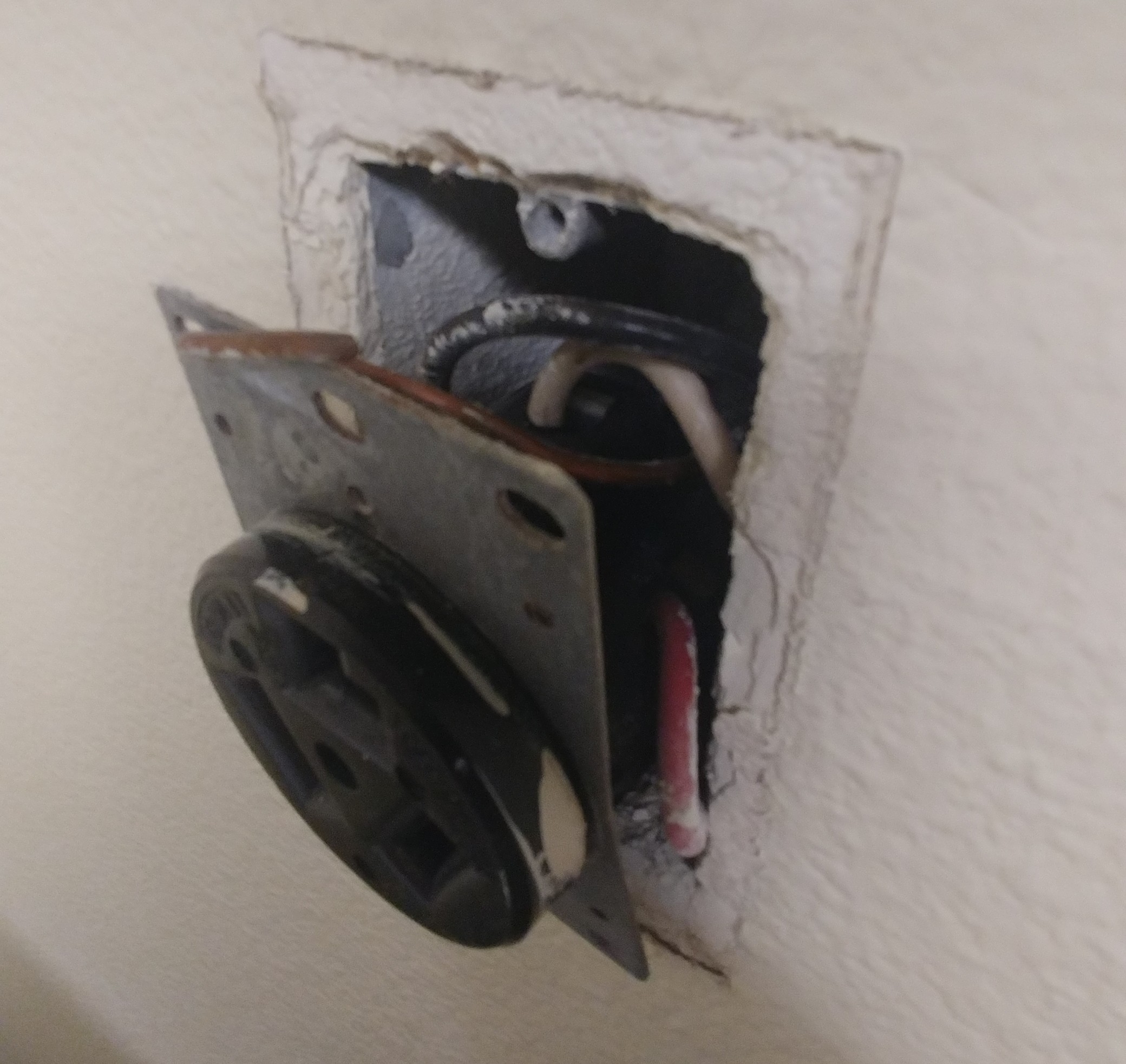 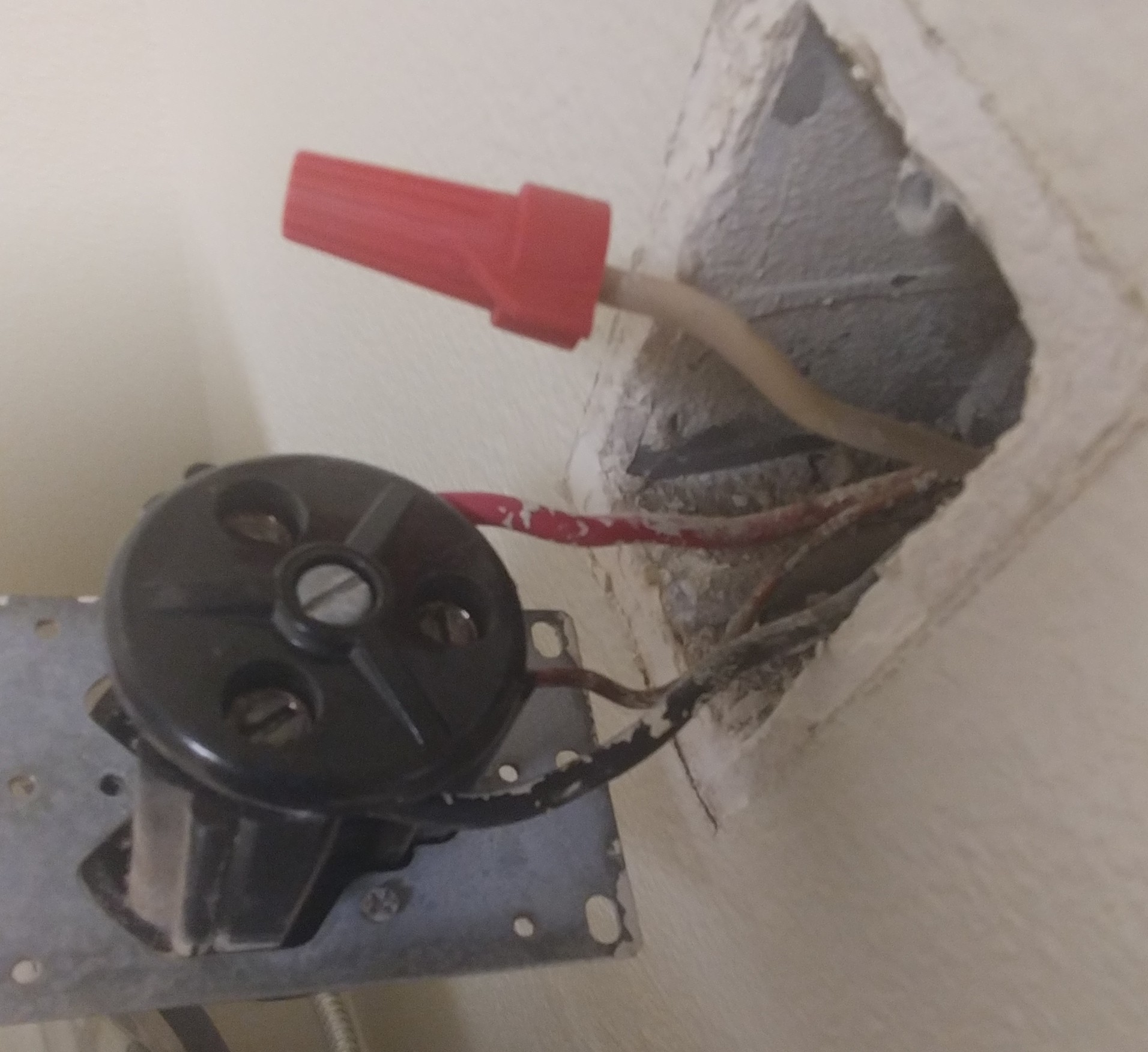 Your wire sizing was perfect

First let me say you did an impeccable job sizing the wire.

You have a 23-amp load. It might commonly run more than 3 hours at a time, so Code designates it as a continuous load. On most circuits, continuous loads must be derated by 125% -- that means when you provision power to them, you must provide electrical service as if they are a 28.75A load (23A x 125%). Good for 30A with room to spare!

In fact, they did. 23A is a very popular appliance size, and applies to almost every dryer and most water heaters.

So yes, you sized the wire just right.

Whatever calculators online said you shoulda used 12AWG are wrong. It's easy to misinterpret things, such as what's allowed in electronic inside-chassis wiring, or the 90C column of the ampacity charts. (12AWG is 25A@75C, but then, the wire would be 75C all the time.)

A few details, though...

Solid wire and stranded wire have exactly the same ampacity.

I'm not sure exactly what you mean by "extension cord" but I'll take it at face value. Cord must be cordage, such as SJOOW - which has tough insulation and highly stranded wires designed to be flexed, draped, move a lot, be stepped on, and all the routine insults that cordage must endure. Using in-wall wire such as NM, UF, AC or MC as a "substitute for cordage" is not particularly safe. Repeated flexing damages solid wire, leading to overheating and series arcing.

That socket is also a huge problem. It's a very old NEMA 10-30 design which predates grounding in houses. It brings hot-hot-neutral (because some apparatus inside dryers is 120V). For ground, it was never intended to be grounded. NFPA wanted to require grounded dryer sockets (NEMA 14-30) about the same time they started requiring grounding generally. However, the appliance lobby had a conniption: they didn't want to lose sales over socket confusion, so they begged NFPA to allow NEMA 10 "since dryer plugs are rarely ever disturbed, the chance of a wire failire is low" and therefore "just attach the dryer chassis to neutral" Say what???

This is exactly the load of malarkey it sounds like: bootlegging ground off neutral. Illegal and stupid everywhere else. And in your case, that old socket is getting a workout, so neutral could fail. Those large sockets are not made for frequent change.

Usually people are stuck at NEMA 10 because the cable from the panel is 3-wire and hard to replace. However in your case you have the 4-wire cable from the panel, so most likely someone downgraded the socket from NEMA 14 to NEMA 10 because they did not realize how easy it is to change the dryer's cord to NEMA 14. The NEMA 14 socket has the same formfactor as the one in your photo, and a change would not even be noticeable.

Anyway since you require ground (and not neutral) you might as well change it over to the universal donor, NEMA 14. You could make do with a NEMA 6 (hot-hot-ground) but dryers can't use that.

Code has large safety margins built in. At 23 amps 125% is still under the 30 amp rating so the wire will be fine for current carrying capacity. Other than the outlet type mentioned in the comments I would have a concern with solid wire used as an extension cord (if flexibility is needed) solid wire will fail much sooner than stranded so if the cord is being moved around or subject to vibration change to stranded. Your load of 23 amps x 125% = 28.75 and the wire is rated for 30 amps. I thought I would add that I mention the safety factor 10 awg wire in a control cabinet can be protected with a breaker up to 160 amps and 90 amps going outside the cabinet, these are for motor circuits and controls but NEC table 430.72.b can give an idea of the safety margin built into code , as 10 AWG is limited to 30 amps per table 310.15.B.16 and limited by 240.4.D.

Not the answer you're looking for? Browse other questions tagged wiring extension-cord or ask your own question.

1
Is it safe to pull a continuous 18 amps from a 15 amp outlet?
0
40 bulb chandelier wiring project - Does dimmer affect amps?
1
extension cords: length vs amps
2
Outdoor outlet to outlet wiring
0
maximum height for stove receptacle
1
two 15 amp outlets to pigtail 30 amp?
2
Ends of 25' 12/3 and short 14/3 extension cords get warm with 1500W heater
1
Narrow conduit with 90 degree elbow - three thhn wires
4
Wiring high amps
2
The plug for my laptop is slowly changing colour, is it still safe to use until I get a new one?