I have just moved house and have brought a dimmable multi-bulb ceiling light with me. It needs to be connected with an anchor to the ceiling.

Here is the light. 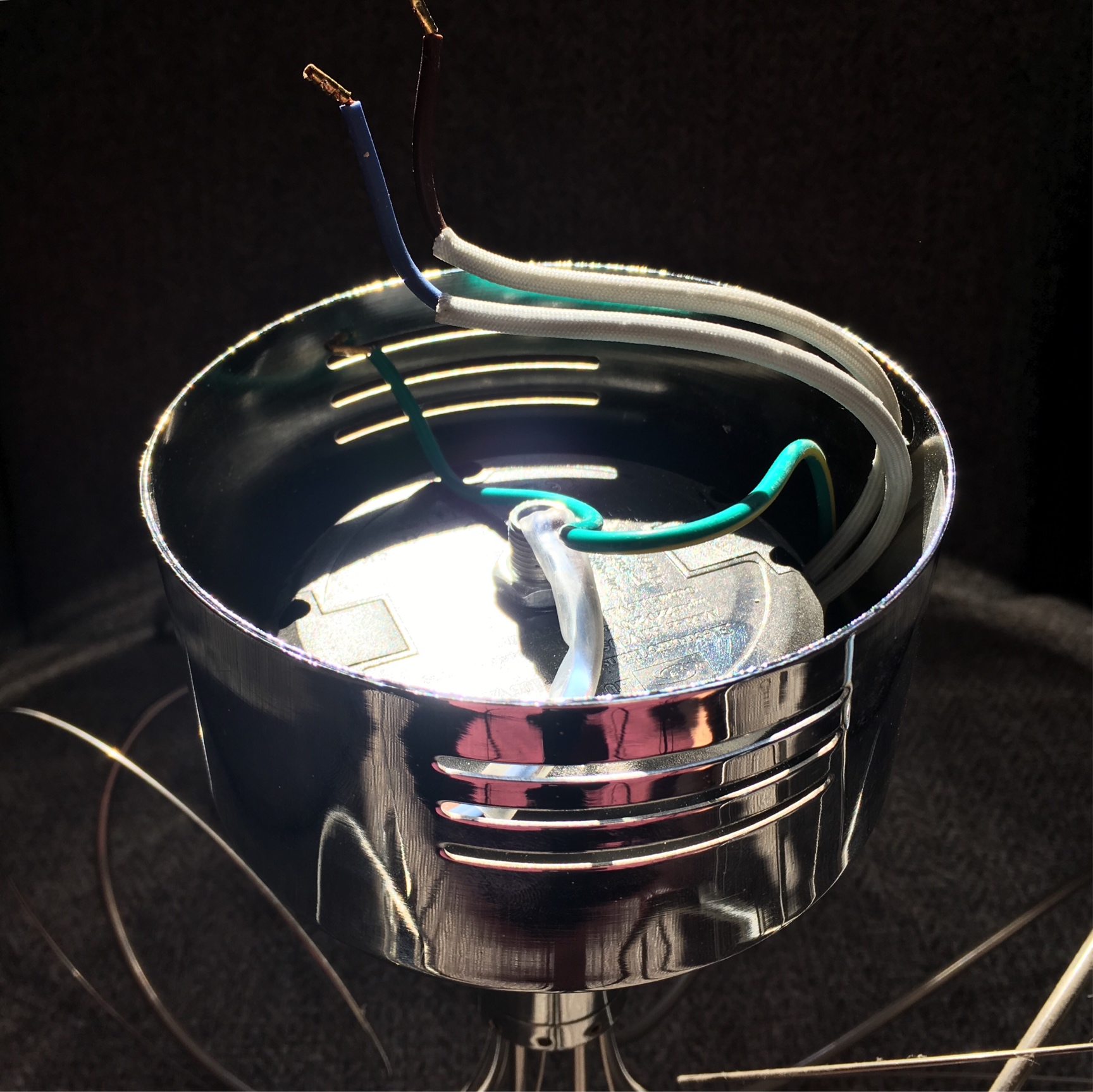 The light above is attached to the sides of this anchor, which is then screwed to the ceiling. 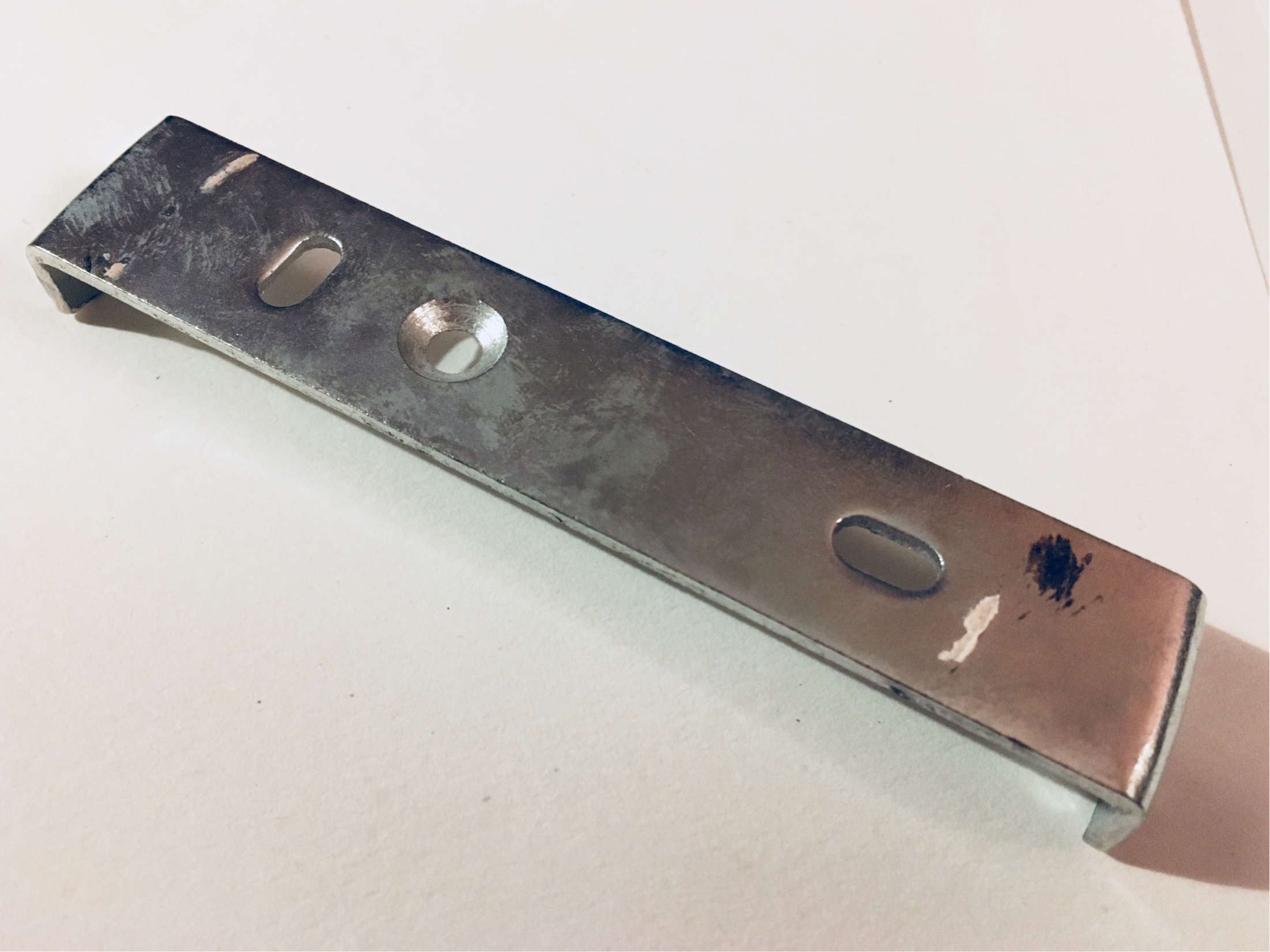 In my old house, there was only one light on the circuit so it was straightforward to wire. However, in the current room, the light is one of several and the ceiling rose is wired in a standard way like this. 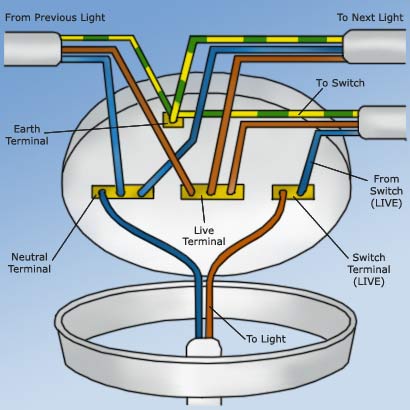 Here is the actual ceiling rose (with the wires for the pendant removed). 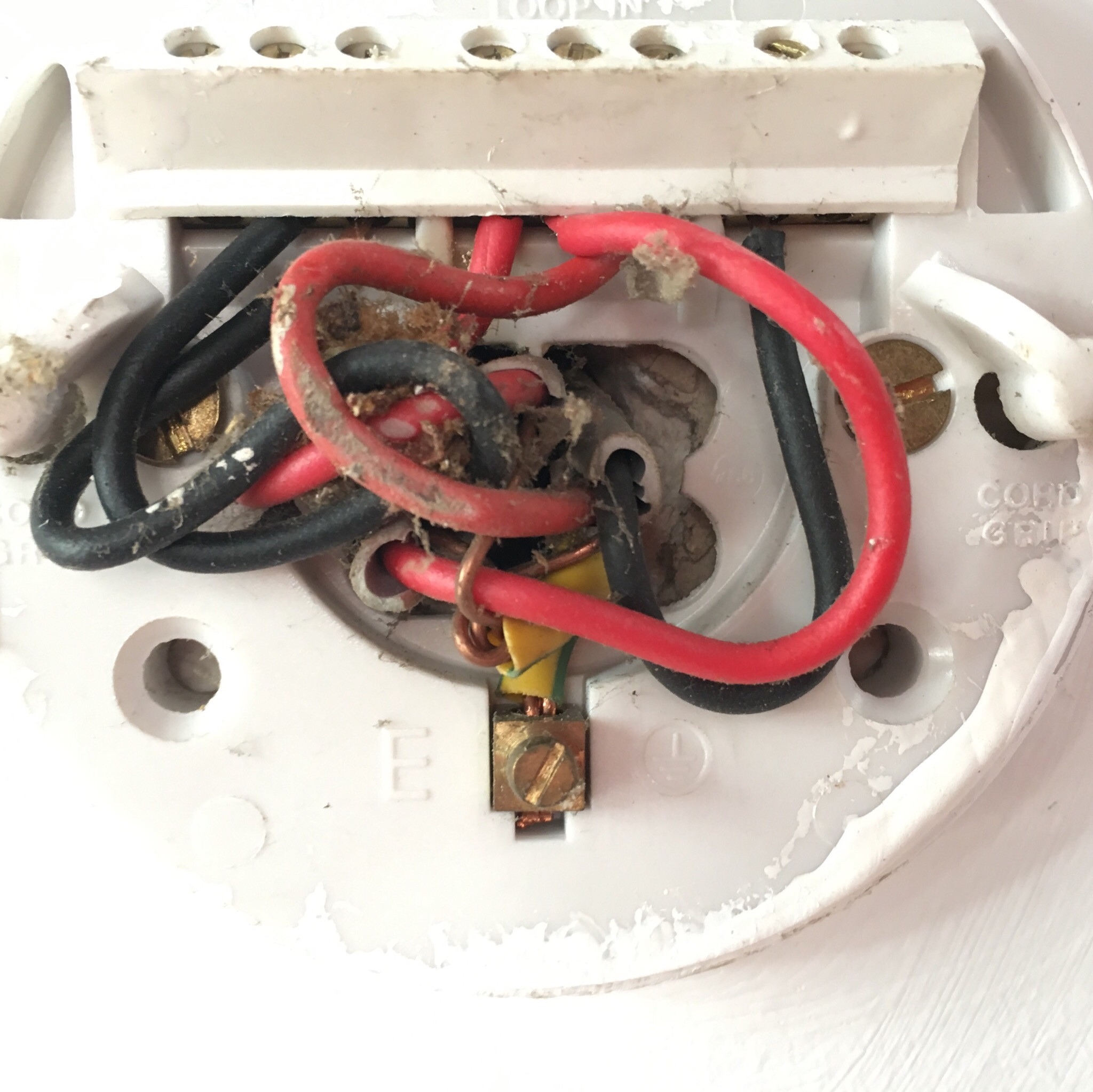 My question is about how best to manage the wiring, as it seems that the anchor must take the place of the ceiling rose wiring block.

The house is quite old and will need reworked at some point soon, so I am open to any identification of any problems in the existing wiring.

I cannot believe that the ceramic ceiling connection block is to be removed unless it would be replaced with another one.

I would expect that the metal bar is to be held with screws through some of the pairs of holes in the ceramic block penetrating into the wood structure above. I see what looks like breakaway covers over extra holes just outside the ones with the brass wood screws. What is the distance between those holes? What is the distance between the slots in the metal bar? Are these the same?

Yes, I am referring to the two on the same line as the holes with the brass wood screws with are being used to hold the connection block. I believe that the projections on the ends of the bar go up toward the ceiling. If the slots in the mounting bar are the same distance as the inner pair of holes, you could break away the covers on the outer holes and shift the brass screws to those outer holes. Then use the inner holes to secure the mounting strap. If there is not enough clearance for the wires (with the projections on the bar projecting up), you'd have to get some spacers.

Another possibility would be to drill two new holes further out in the mounting bar. You should find out how this type of ceiling fixture is normally installed in the UK. This is not something to try to puzzle out on your own.

Looks like I was completely wrong! See this video for installation in the UK. Video

It could be that one could remove the ceiling rosette temporarily to place the bar against the ceiling (end tabs down of course), then replace the rosette on top of the bar. The fact that the slots in the bar would line up with the holes in the rosette suggests that this was intended as a possibility. This would allow the use of the connection block instead of getting a bunch of individual connectors for the various wires. I don't know if the UK fixtures have enough clearance under the shroud for the rosette and whether this is a practice in the UK. To do this one would place the bar on the ceiling so that the mounting slots line up with the existing holes in the ceiling then mark the countersunk hole for drilling a pilot hole and secure the bar to the ceiling with a single screw in the countersunk hole in the bar, then secure the rosette over the bar through the lined up holes of rosette and bar.

2
Could you explain this ceiling light wiring?
1
Ceiling rose with twin wire, no earth?
0
Wiring up a ceiling light with earth cable
0
Wiring up modern ceiling rose in old house
1
No Junction Box for Ceiling Light
3
How do I safely extend electrical wiring without replacing it entirely?
1
Can you use a dimmer with a can (recessed) light conversion kit?
1
How to replace old ceiling fan-light with just a light fixture
1
How should I connect wiring for this ceiling light?