It sounds like this guy wires 4-wire ovens and ranges all day everyday. When you do that, you run into a lot of obsolete NEMA 10 wired circuits, hot-hot-neutral no earth.

It also sounds like he wired this range, he saw 3-wire supply and "ran home to mama" as it were and his muscles just wired it NEMA 10 out of habit.

Older ovens want 120V only so customers can use common off the shelf incandescent bulbs for the oven light. (Incandescents thrive in heat.) Many of the newest ranges, especially those cross-marketed in Europe or Asia, don't need or want 120V at all. They need a Hot Hot Ground connection, or NEMA 6. (NEMA 14, Hot Hot Neutral Ground, will also do.)

If your wiring is old, then you are mistaken about the third wire. It is not ground. It is neutral, and this is a NEMA 10 wiring arrangement. If the cable is /2 USE type and the third wire is a bunch of strands that wrap around the two hots, that was legal as a neutral prior to 1989. In any other type of cable, use of the bare wire as neutral was always illegal, but widely done because NM is cheaper than USE. You can correct this flaw by reclassifying that illegal neutral as a ground, and moving it to the ground bar. If the cable is USE, you can do that too but you are better off enjoying the grandfathered neutral which you are entitled to, and retrofitting a separate ground, which you are also entitled to do.

If the cable was recently installed for the last range whichwas a fancy Eurostyle job that didn't require neutral, they wired it with /2 cable as NEMA 6. Any modern use of /2 can only be NEMA 6 (Hot Hot Ground). That would be a rather foolish thing to do since it cost only a few dollars more to pull /3 cable instead, allowing modern NEMA 14 (hot hot neutral ground) connections which most modern ranges prefer. In this case you are married to NEMA 6, which most ranges cannot use.

Wait. Did you say two blacks?

Whoa. All modern cable has differing colors - black and red. Two blacks means either a) very old cable, or fasten your seat belt b) the wire is individual wires in conduit.

The Conduit wiring method allows you to add individual wires. If you need a neutral, just get a long enough white #6 THWN-2 wire, and fish it on down the conduit, you're all set! If indeed it is in conduit, then failing to include the white neutral wire was a perfectly reasonable thing to do, since it's so easy to add later.

Find the install manual or the wiring diagram. If the cooktop requires a separate neutral, then this is not correct. It may work because the ground is acting like the neutral in this case, but it would not be correct and can be dangerous.

If the cooktop does not require a separate neutral, then it is common for the neutral and ground to be bonded together in the cooktop. If it was done inside the cooktop and a 3 conductor cable connects the cooktop to the junction box or a 3 prong plug was used, then this is OK.

If a 4 conductor cable or 4 prong plug was used, and the neutral and ground were bonded in the junction box, then this is definitely wrong, and probably dangerous.

I think I covered all of the possible configurations.

First of all, no one really likes doing this but it is legal under certain conditions and all of the conditions must be met. I have posted this before in case you want to review it. Its NEC Article 250.140 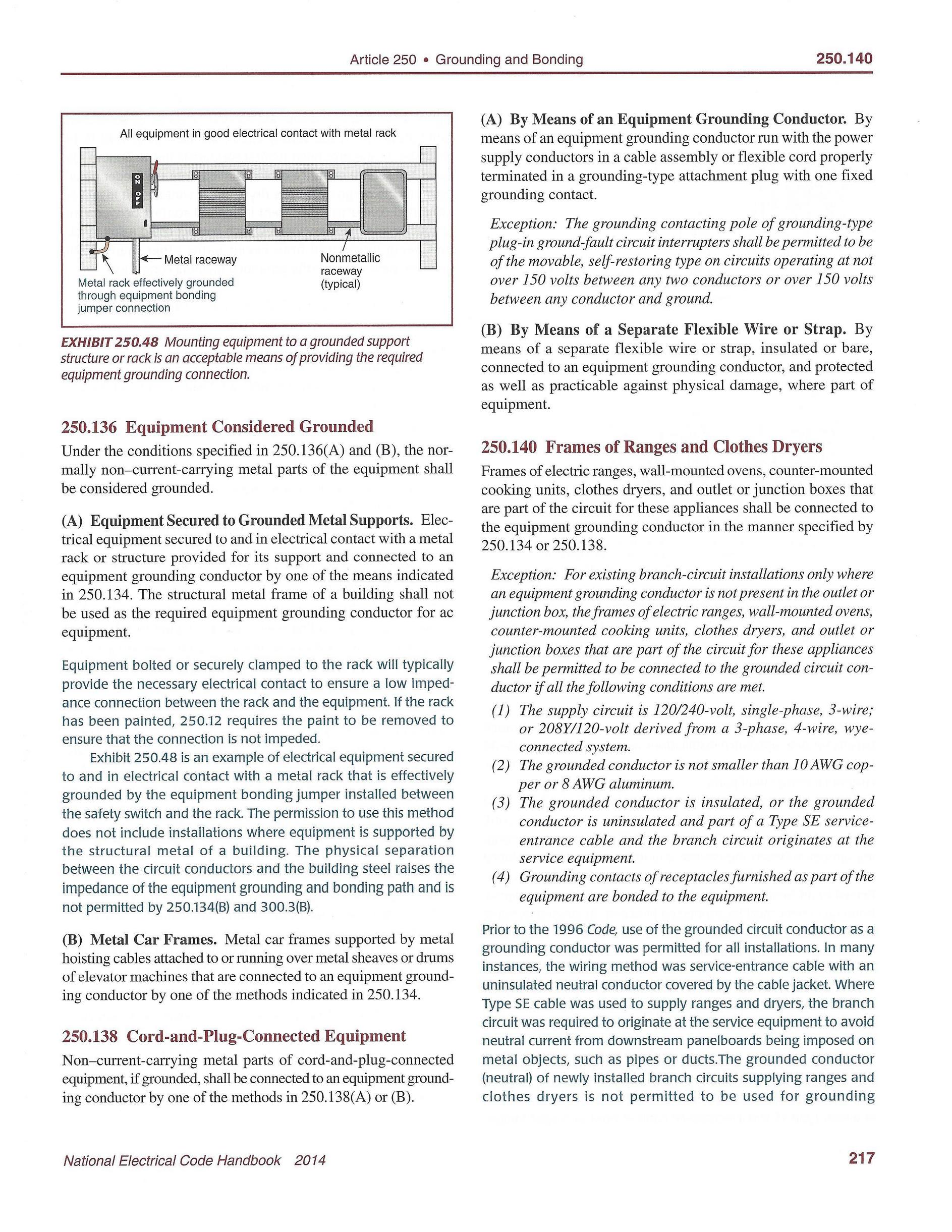 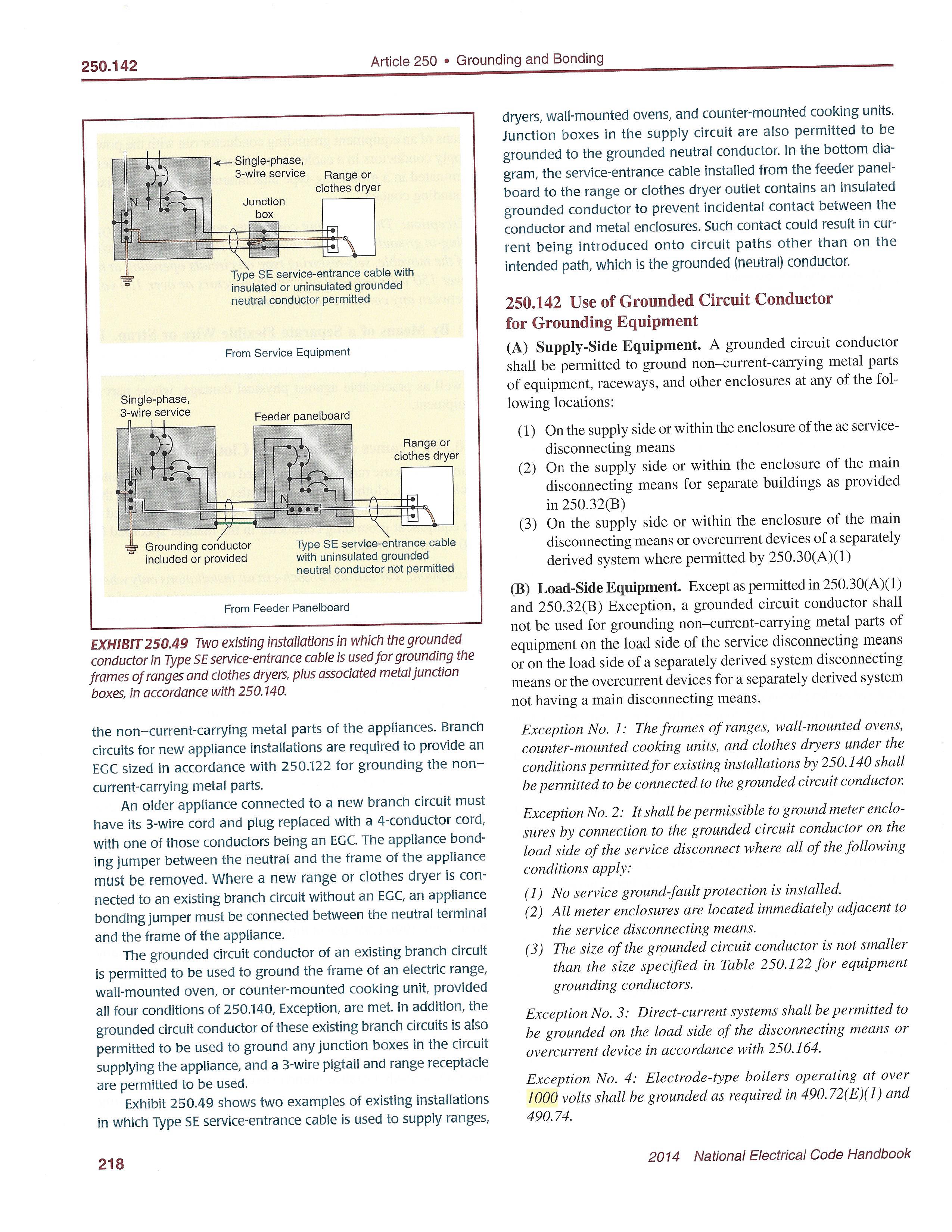 thanks all for your feedback, can't get a clear picture of the junction box, but a little more background, house was built in 1994, so I would think wiring is pretty current. We replaced a Jen-air downdraft with a kitchenaid downdraft kced600gbl, the electrician took the time to read the directions there are instructions for connecting a 3 wire from the panel to a 4 wire from the cooktop, it calls for connecting the white wire from the panel with the white and ground from the cooktop. since I only had two blacks and a ground from the panel he felt it would be safe since this was a "grandfathered" why of wiring also note, the appliance store (not one of the big box type)only placed the unit in the opening we then made arrangements for a large well know electrical contractor in my area to make the connection

4
What should I do with the white wire when wiring a 240 volt garage heater?
8
How do I wire a brand new cooktop that has no white neutral wire?
2
How do I install an insteon light switch where wire colors don't match?
1
Does this wiring meet the NEC standards?
1
Query: 2 cables in 1 junction box
1
Dimmer wiring for 3 wire single pole
8
Stove top ground wire connected to neutral wire
0
Correct wiring of 4-wire cooktop to 3-wire 240V supply
0
very confused on the wiring for recessed lighting
0
What does this diagram mean, in English?