I just moved into a new (to me, but built in 2008) condo and am assessing the telecom situation. I'd like to get Ethernet connectivity to as much of the unit as possible, for wireless range extenders (or LAN parties...)

It seems like the builder has run an assortment of unterminated wires to a 'telco closet'. There are 3 blue Cat5e cables, one white Cat5e, and one grey Cat5e. 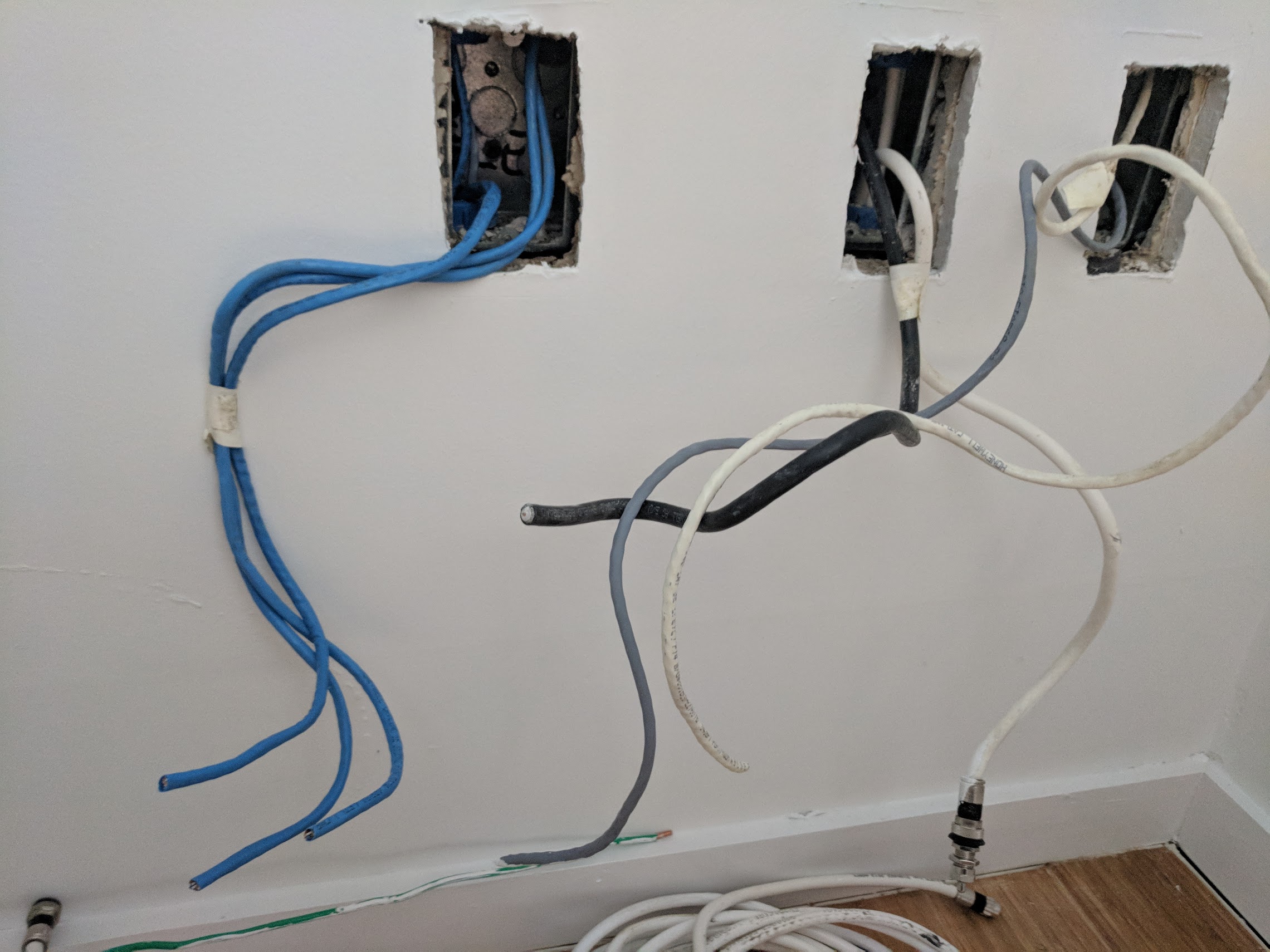 Around the unit there appears to be an RJ11 that terminates the other end of the white cable with four wires: 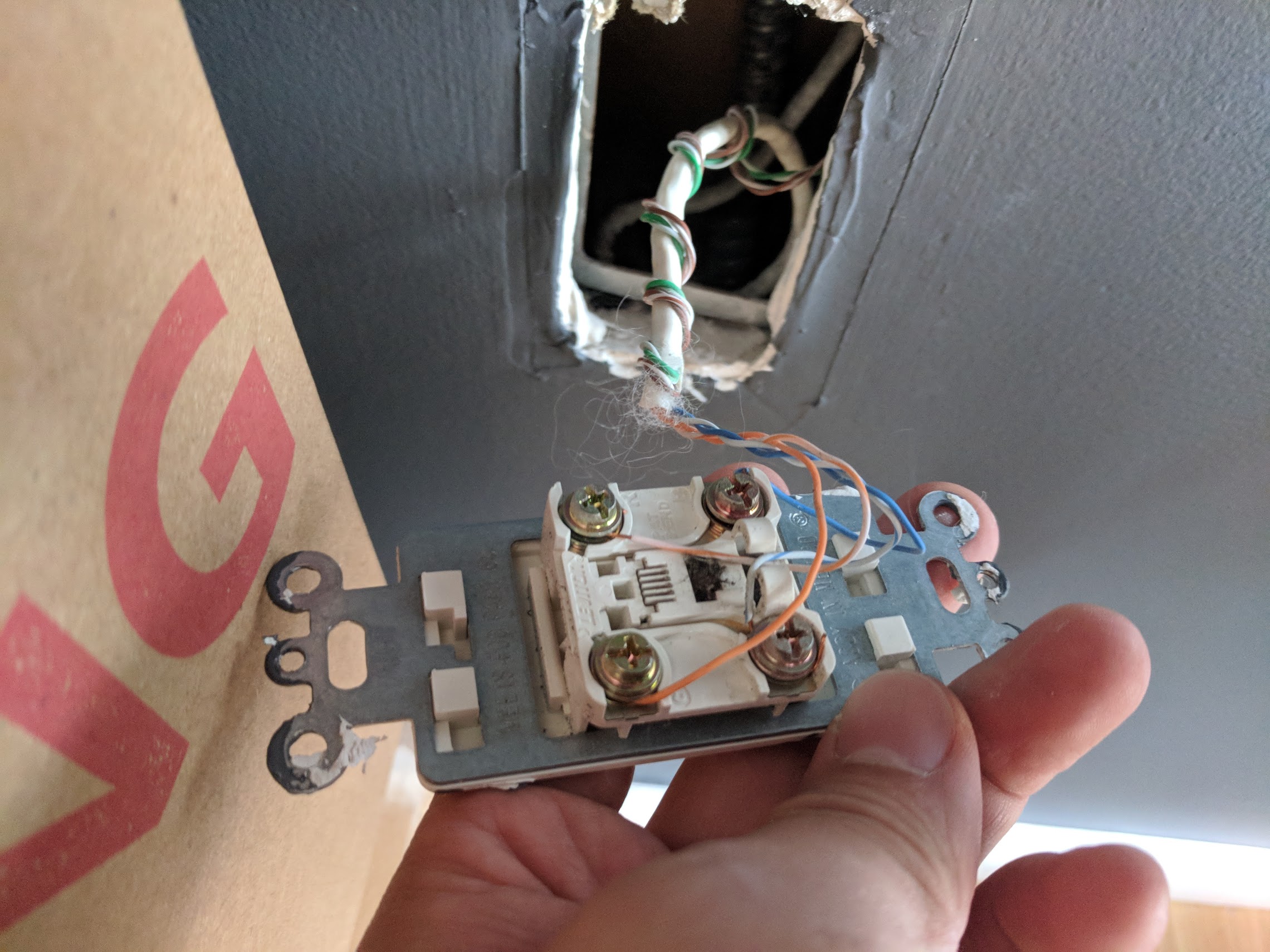 Plus two RJ11 jacks that look the same, except with a blue cable: 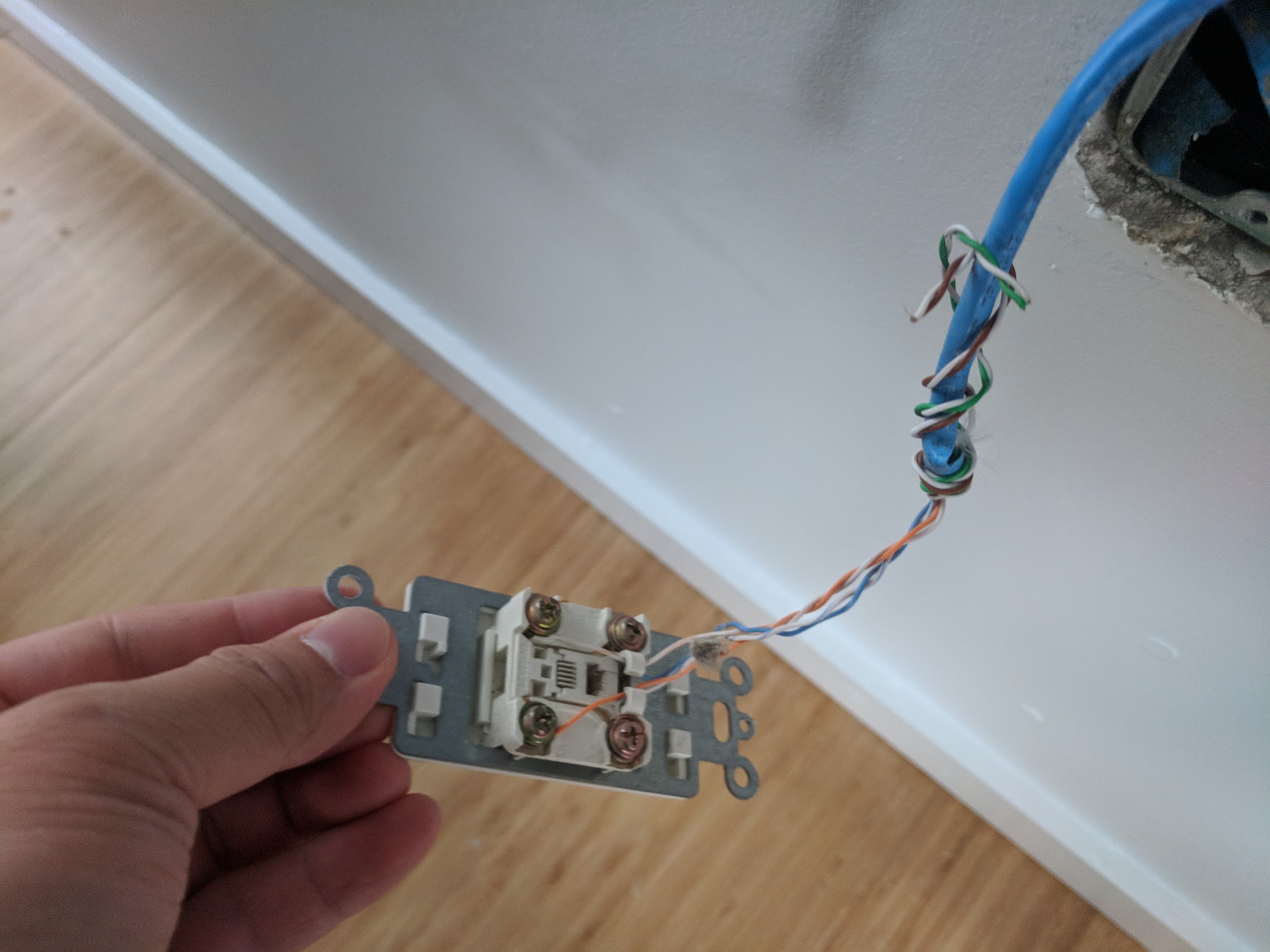 Plus two RJ11 jacks that seem to have some sort of daisy chain situation going on with the blue cables: 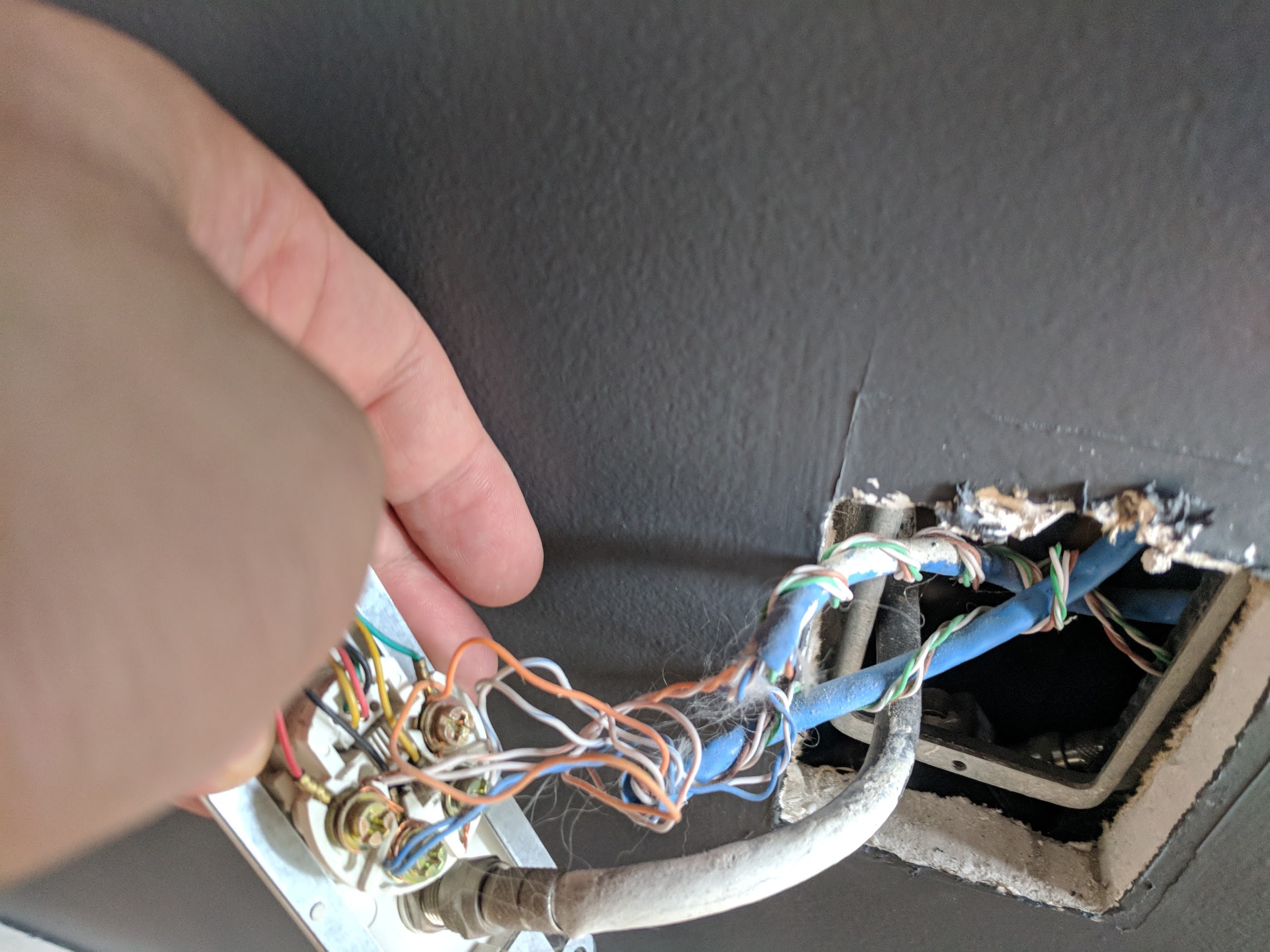 Given that we haven't used a phone landline for at least a decade now, I'd like to repurpose the existing Cat5e wiring for Ethernet, installing a router/switch in the closet. I'm trying to figure out answers to the following questions:

Slightly related question: How can I convert Cat5e wired sockets to Ethernet?

I'd say you can terminate the cables you need with wall plates in the rooms, RJ45 jacks in the closet and if you need additional service to one of the daisy chained rooms, you can add a switch where needed to continue the chain. Mount the switch to the wall close to the wall jacks to get it out of the way.

Not the answer you're looking for? Browse other questions tagged wiring data-wiring ethernet telephone or ask your own question.

4
How do I update daisy-chained RJ11 to standard punch-down style keystone jack?
6
How can I convert Cat5e wired sockets to Ethernet?

6
How can I convert Cat5e wired sockets to Ethernet?
2
Are there any disadvantages to switching from a punch-down distribution box to an RJ-45 one?
2
How can I use the existing structured wiring panel to get internet throughout my house?
2
How to set up home network w/ fiber from street & unterminated Cat5e in garage
0
Retrofit apartment for gigabit internet
2
Can I repurpose this RJ45 setup for phone to run as Ethernet?
0
What's the intended usage scenario of the Cat5e runs in my new house?
6
Use CAT5E for network instead of phone
2
Punchdown patch panel with no RJ45 ports?
2
Home Ethernet "patch" panel - how to approach?