Is this a wood destroying insect?

Just looked under a wooden table in my dining room (shares wall with outside of house) and saw this little tubes hanging underneath. A few still had live worm-like guys protruding. 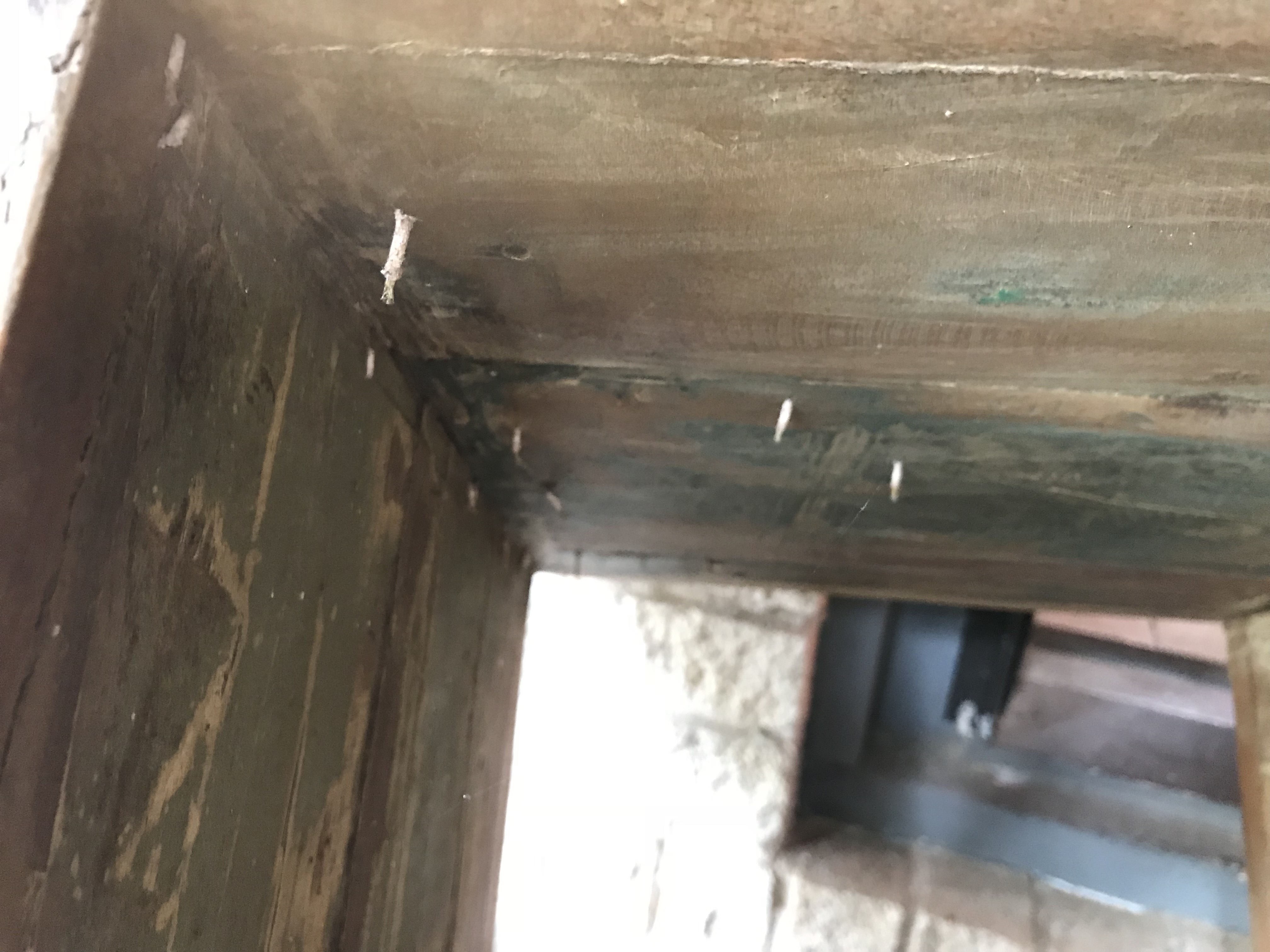 I'm guessing some kind of larvae. There were little granules of something on the bottom of the table.

The majority of them are near the floor in the corner where the wood end table was. Though I do see four or five hanging from the ceiling in that area. 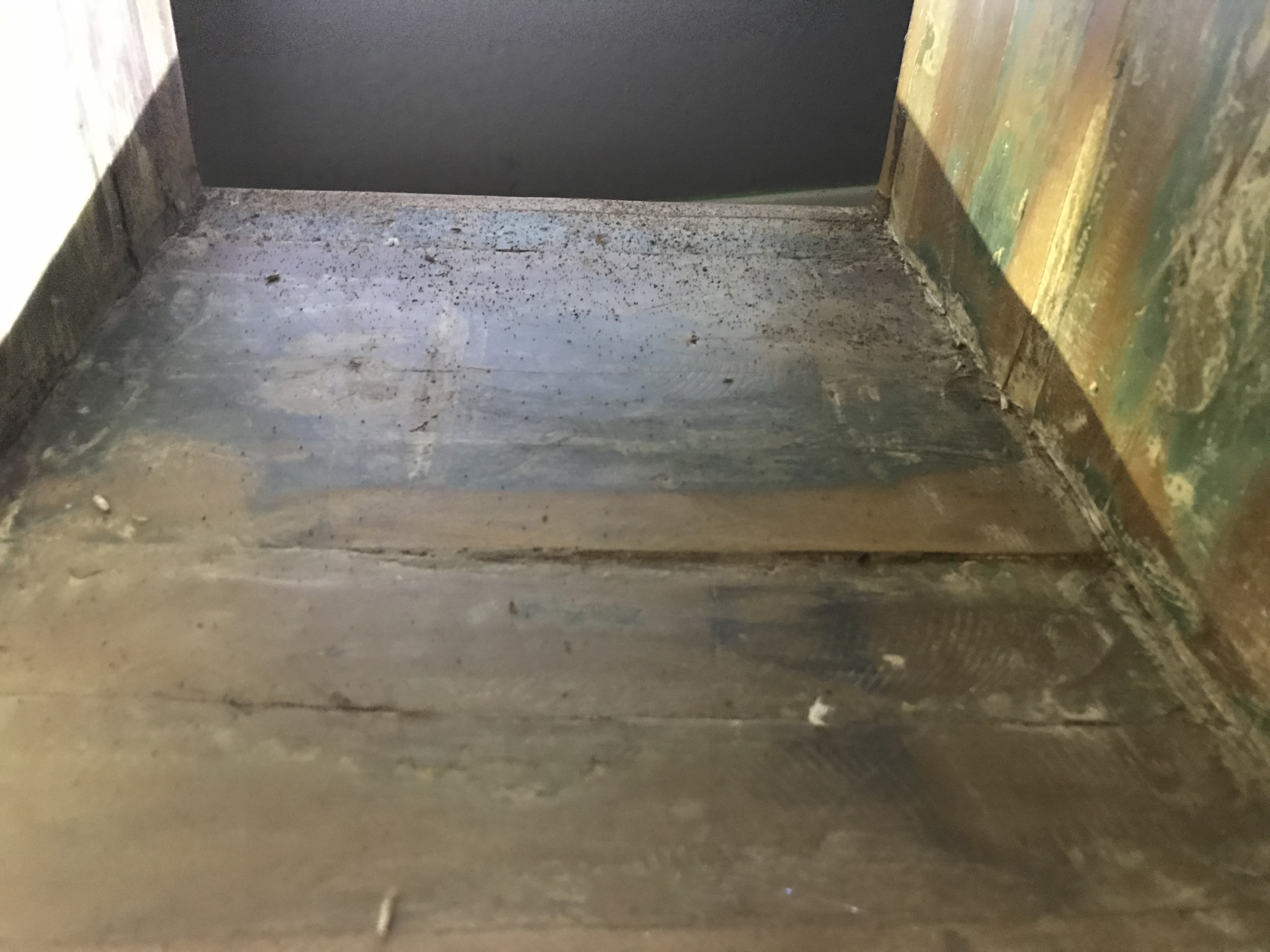 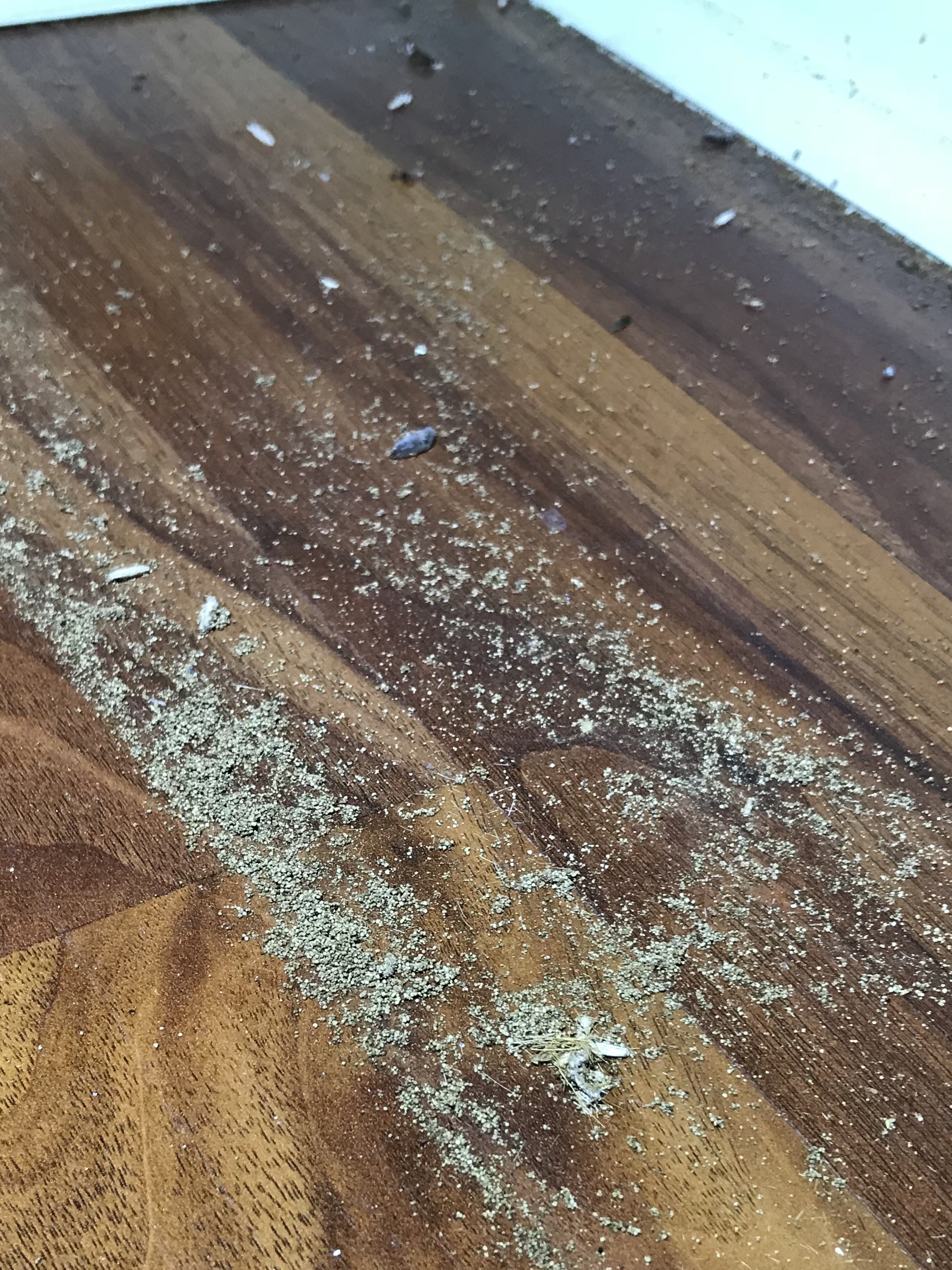 It's hard to tell from the pictures, but each of the tubes is maybe 1/4" long.

Just had a pest control inspector come out. He says the tubes are moth larvae, as suggested below (good call).

The saw dust is likely from carpenter ants. He says they seem to be localized to the end table so I should probably get rid of it, which is what I'm going to do.

I'll monitor the area for more signs up damage from the ants, but so far it looks okay.

Those aren't termite tubes. I am pretty sure they are moth larva cases. Here's another example of one. There's lots more kinds if you do an image search. 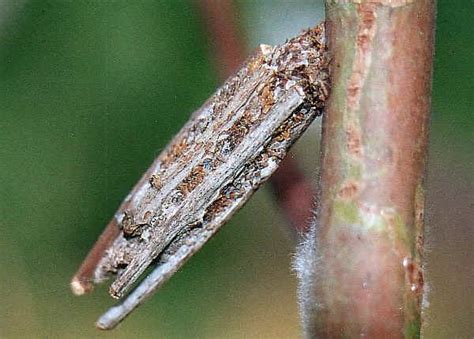 We had them on the outside of my home in CT growing up. That was aluminum siding so they weren't eating it.

Better ventilation could help with this, as I have worsening humidity issues at present and inherently see more of these moth cases hanging down from the ceiling over the years. Dehumidifiers are great in the short term, in the long term better positive / negative pressure ventilation in the home helps. 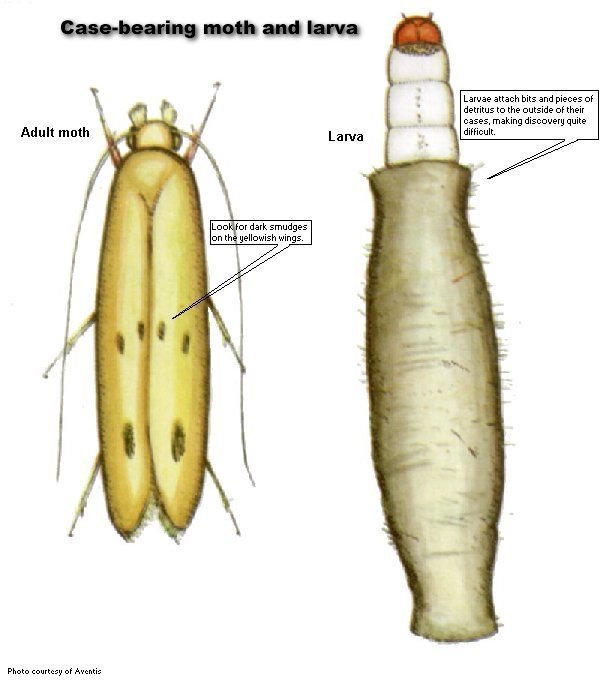 Please give us more information such as where you live and what we are looking at in your pictures. Gosh, this looks like termites, the white dudes are larva and that sawdust is sawdust that has been chewed up by the larva. Ugh. This is when an expert should be called and pesticides used. Try to not have ALL insects killed if possible. Need to find out the attraction to the wood of your home, first. Not all homes are attacked by termites.

I would call a few companies out to give you their ideas and bid. I would also call a private home inspector. There is a reason for termite infestation that needs to be addressed. You need someone familiar with dry rot as well as termite infestation and a professional, private, licensed home inspector is the best and first way to spend money on this problem that is rapidly reducing your investment. They are amazingly affordable to any and all home owners...worth every cent.

How long have you lived in this home? Did you have it built? How old is this home and when was the last time a remodel has been done? There is the chance this problem was in effect when you first purchased this home and without discovery you do have a bit of power here. This could be mitigated with responsible parties footing the bill...not you. I am also thinking that you learning exactly what is happening, you will be able to 'vet' these pest contractors. Make sure they show you their licensing for pest control! Bonded as well. This protects your home owner's insurance.

Update: Clothes moths? I think this is more on target than termites with this crysallis thingy. I learn something new every dang day.
wood boring insects that damage taxidermy

Not the answer you're looking for? Browse other questions tagged pest-control termite insect or ask your own question.

1
What's the quickest way to get rid of larvaes and [clothing] moths at home?
3
insect eating holes in concrete
1
Insect net on outward opening window
4
Is this insect a pest?
1
fissures in joist: natural or insect damge
0
What is this insect and how to kill it?
0
white termites - 2 orange oil treatments, building won't fumigate