The question: How can I loosen a stuck (limed-up) plumbing valve?

The full story: Am beginning a bathroom remodel, which will be a full gut job, of a bathroom that hasn’t been touched since the 1950s. I went to shut off the plumbing valves before demolition. The toilet shut-off was stiff but I was able to turn it off. But the hot and cold water shut-offs inside the vanity were stuck tight. An Internet search suggested tapping the handles with a hammer and using a heat gun to loosen them. Neither worked. From what I read online, you’re supposed to turn your plumbing valves a few times a year to keep them from becoming limed up but no one did that in this old (1942) house and my guess is they haven’t been touched in decades.

Finally, I tried something that I’ve seen as a way to clean a limed-up shower head without taking it off. I poured an inch of white vinegar into a plastic sandwich bag, then put the bag around the valve and sealed it with a rubber band. I didn’t really believe it was going to work so I only did the cold water valve. I would have liked to have immersed the whole works in vinegar but couldn’t because the valve assembly is horizontal to the ground and so the vinegar falls to the bottom of the bag. But every few days I “squished” the bag to force the vinegar up around the valve handle and with the bag sealed with a rubber band I hoped to create a vinegar “humidity” inside the bag.

I left it a week and, I’ll be darned, after a week I was actually able to turn the handle -- grudgingly at first but then it loosened up and I was able to shut off the cold water. So then I did the same thing with the hot water valve. But after two weeks, it still wouldn’t budge. So I decided I needed to use something stronger and did the same thing again with CLR instead of vinegar. But after another week, it’s still stuck. The oval valve handle is now deformed from me trying to turn it with a pipe wrench, as you can see in the photo. I don’t care -- it’s all tearout but I’m afraid to put too much force into it for fear I’ll break the fitting and then I’ll have a different kind of problem in the form of a massive water leak.

Does anyone have a suggestion? If I use a screwdriver on the screw in the center of the valve handle and take the handle off will I be better able to force some kind of limescale remover into where it will do some good? Or will that lead to leakage? I’m getting ready to throw in the towel on this one and call a plumber. But I’ve got to tell you, while I have a lot of respect for folks who work the skilled trades, it really grinds my gears to have to call a plumber for something so trivial. 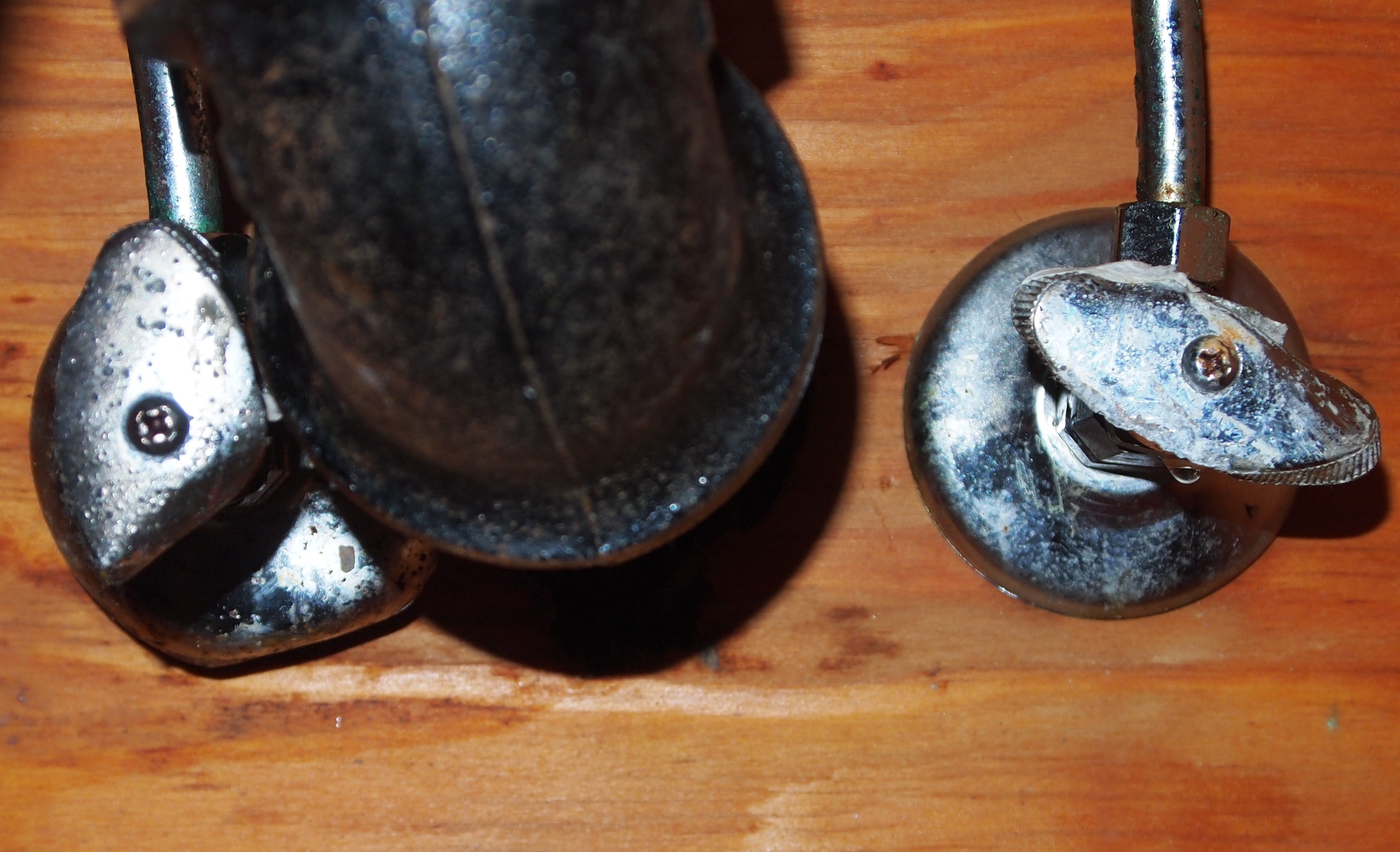 If you can shut off the water to the valve, you can usually take the valve apart and clean it up, re-pack it and put it back together. Or as said above, cut it off and install a new one as you see fit, soldered or shark bite or if threaded, unscrew the old and screw on the new, as this looks from the picture.