One of the cable drums on my garage door was grinding against my garage door's track. I tried loosening it to adjust it and the whole torsion bar moved 3 inches to the side. Presumably the stretch in the single spring came out?

How do I ensure that the cable drum doesn't make a horrid metallic grinding sound? Is there supposed to be a spacer? Right now, the cable drum appears to be serving as a stop and that doesn't seem correct to me.

I fixed it by replacing the one spring with two.

Despite warnings to the contrary, replacing a torsion spring is a relatively straightforward process if you're careful and thorough. I ended up following the instructions found here: https://youtu.be/zxUoJrLhaSI. (I also ordered my replacement springs from them. They have an online calculator for figuring out spring replacements.)

From what I can discern most of the rhetoric around the dangers of garage door extension springs. Those are pulled tight with a cable that whips dangerously around if something breaks. To replace them, you need to do so with the garage door in the open position, leaving a risk that the door might fall on you.

With torsion springs, the garage door is kept closed (clamped in place for safety) and a broken spring would simply unwind around its central tube (though little bits could go flying I suppose).

Meanwhile, the cable drum that was grinding was about to catastrophically fail. See this picture: 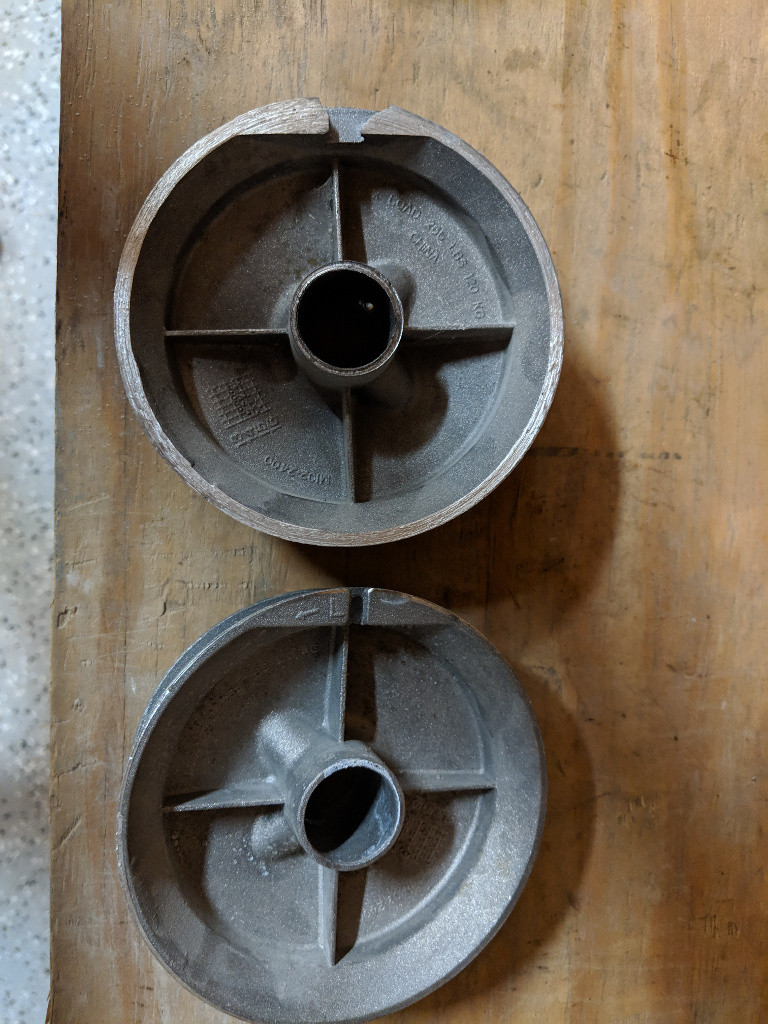 The hook for the cable had almost entirely disintegrated. It was only a matter of time before the cable slipped out and the garage door came crashing down.

Evidently, grinding like this is common for single torsion springs, which really surprises me and seems dangerous. Replacing with two springs cost me about $100 and took about an hour.

Not the answer you're looking for? Browse other questions tagged garage-door or ask your own question.