Currently the narrow conduit (1 inch outside, so inside maybe 3/4 inch) has 2 wires (hot and hot switched). I want to include one neutral so I can change to a light switch outlet combo. It is an old (1960) conduit, with a 90 degree elbow in the middle, so feels very "dry" and wires start getting damaged after a few attempts.

The wires were old so I bought black, white and red #12 THHN solid wires.

It was impossible to just add the extra wire (white) without fishing everything together. The wire would not even start moving properly (get stuck with the other 2 wires in the way).

However, my attempts to fish all three wires failed. Mostly due to this 90 degrees elbow - it would always get stuck there when pulling, and locking, not moving any further, I had to pull back. It seems that the conduit is too narrow to allow three wires to flow there coming from this elbow. At the start, is fine because I can adjust them, but inside the 90 degrees elbow it is hard to be able to make the right angle so the three wires go inside.

I once managed to finish two - the third wire ended up stuck there (it was very hard to bring the 2 wires past the elbow already). They arrived with their protective plastic with several scratches. It did not matter if taped all together or in different areas to allow better movement.

My questions: - It is definitely doable to fish 3 #12 THHNs inside this conduit, if it were straight. Just feeding it, it moves through the conduit. With this 90 degrees elbow, however, is it something you still consider fully doable? - Is it normal to be so hard to fish 3 solid #12 THHN when there are 90 degrees connections? - What would you suggest doing in this case? Stranded instead of solid wire? Lubricant? Different wire? Anything else that I did not use?

I question what a professional would do to finish the job - I've been trying to do it for 2 days already.

Thank you for sharing your thoughts!

Fishing wire is sometimes a science, sometimes an art, sometimes black magic. Here's a voodoo free approach for you. 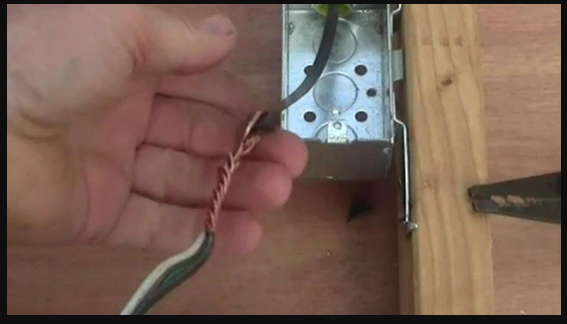 Not the answer you're looking for? Browse other questions tagged wiring conduit rewire or ask your own question.

0
PVC electrical conduit connection to service panel
0
THHN versus NM for conduit wiring?
1
Code compliance - how do I pass EMT conduit through an interior wall?
1
Narrow conduit (old building), need to run 2xhots, 1xneutral
1
EMT Conduit Capacity with Mixed Gauge
1
#8 THHN in Conduit for 50 amp circuits
1
When derating for wires in conduit, do you round up or down?
4
Changing 220 15 amp to 220 30 amp. Present circuit is in conduit with two other circuits. Need some advice
4
Can 12 AWG THHN/THWN wire be placed in a buried conduit?
0
THHN use with Blue Plastic Romex Connector Switch/Outlet Boxes