How to adjust a pressure regulator, that doesn't have a screw/bolt?

The pressure in my house seems to have dropped, so I called my City Water department. They came out and tested it, and said my regulator must be bad. So I dug it up, and found it's one I've never seen. It doesn't have a screw/bolt on top. It could have broken off, but it's hard to tell with the dirt. There is something that looks like it could turn, if you had a special star/hex/torx/allen bit.

In general, it looks similar to a SharkBite 3/4 regulator. I did make a letter P on top, right were it starts to curve down.

So any thoughts? Here is a picture of what I have now. 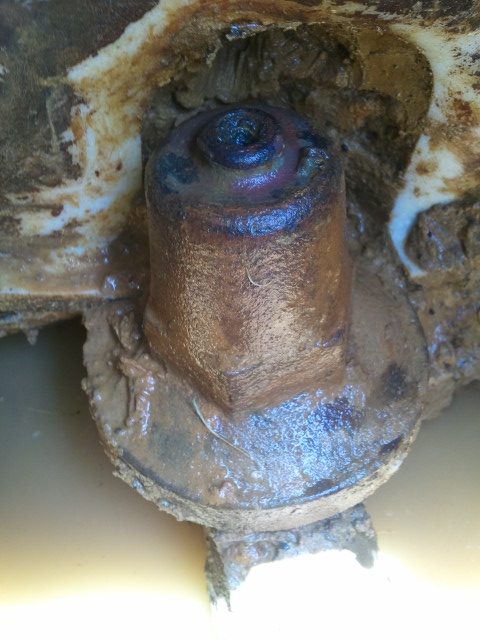 My guess is that the screw is missing and you're getting the lowest possible pressure as a result. If it were me, I'd just replace it if you're able to access the other side and clear away the water under it (why is there water under it?). With access to both sides, replacing it is an easy DIY job if you're comfortable cutting and soldering pipes.

Not the answer you're looking for? Browse other questions tagged plumbing water-pressure or ask your own question.