I’m trying to install a new ceiling fan. I’m having a bunch of difficulties. There are two wall switches that control the lights. Out of the ceiling there are 5 wires a ground bare copper 3 white one black.

Let me clarify it is confusing there’s I think I missed a few.

I climbed in the attic. There are two red 3 black 3 white two black were white nutted together two red were wire nuted together. Leaving 3 white 1 black 3 green I’m not concerned with the green. One black and one white were twisted together. So I think the red and black nuted together is a feed going to other lights.

The two switches are for the fan lights one by the bed one by the door the are unions in the attic I believe with on wire coming in. I got new fan with lower power draw but just hooked thought all was good it was running with light on but when I cleaned hit the switch to turn the light off the fuse popped I’m confused have pictures this time I don’t quite get the black and white twisted together. 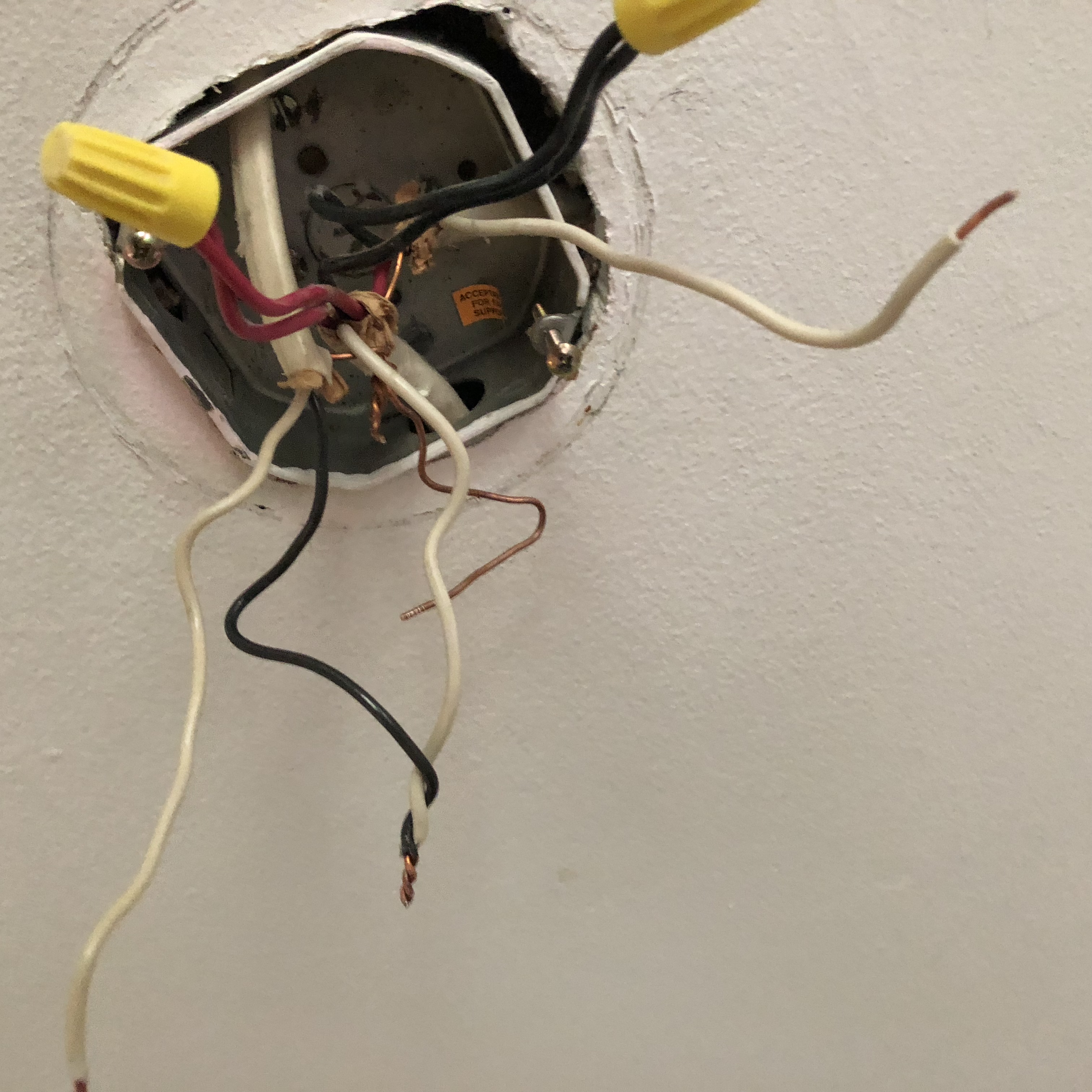 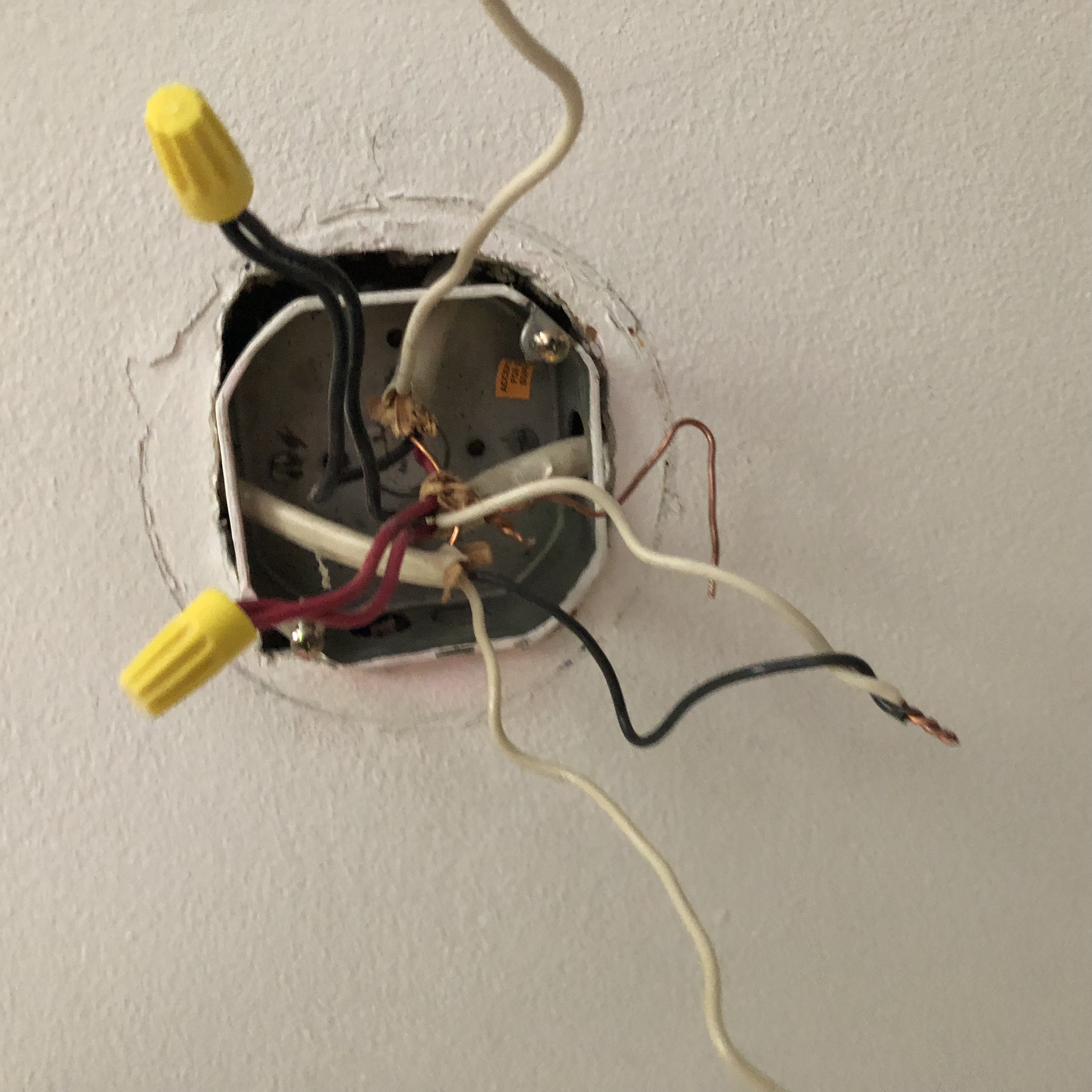 Browse other questions tagged wiring ceiling ceiling-fan or ask your own question.