How to install a flush mount LED light over an old square recessed box?

My question is similar to an old question posted by someone else 3 yrs ago but hasn't been active for 2 yrs (see link). My house was built in the 1963, so I have two old 9 sq inch ceiling lights with a recessed box measuring 8 sq in, inside is a 6 sq in housing. I would like to install an LED Flushmount light (see links to options considering) over it using a light bulb socket pigtail, but I can't find a mounting plate or crossbar large enough to cover the hole. Any ideas would help. Thank you! 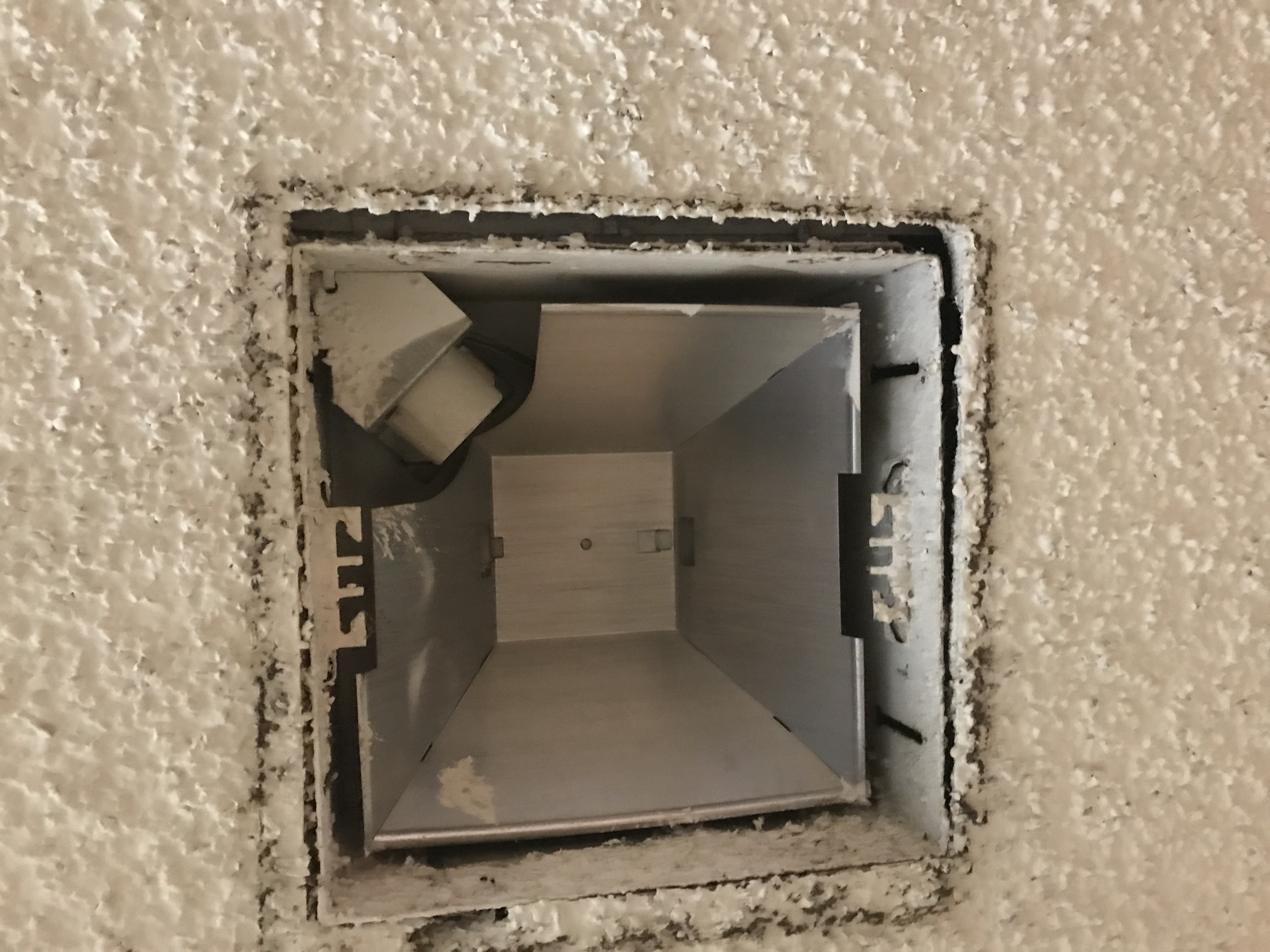 I have installed a couple of those flat panel LED’s. I would go with that one.

The one I installed had some slots in the panel for screws, you would mark those locations on the ceiling and then drill and install anchors so that you could screw the panel to the ceiling into those anchors.

This one does appear to have a mounting plate that attaches to the box but because the plate is so big you could just drill holes in the plate that would line up with the ceiling joist but it’s not a heavy light so some good quality anchors would be sufficient if you can’t lineup with a joist .

Not the answer you're looking for? Browse other questions tagged lighting recessed-lighting or ask your own question.

9
How to hang modern fixture over old square recessed box?