Looking to take advantage of some open space in our attic and want to install an attic ladder. This would require cutting some of the ceiling joist. Before I do can anyone help me answer the following questions:

1) Can the joist be cut to make room for the attic ladder.

2) How much weight could the ceiling joist hold 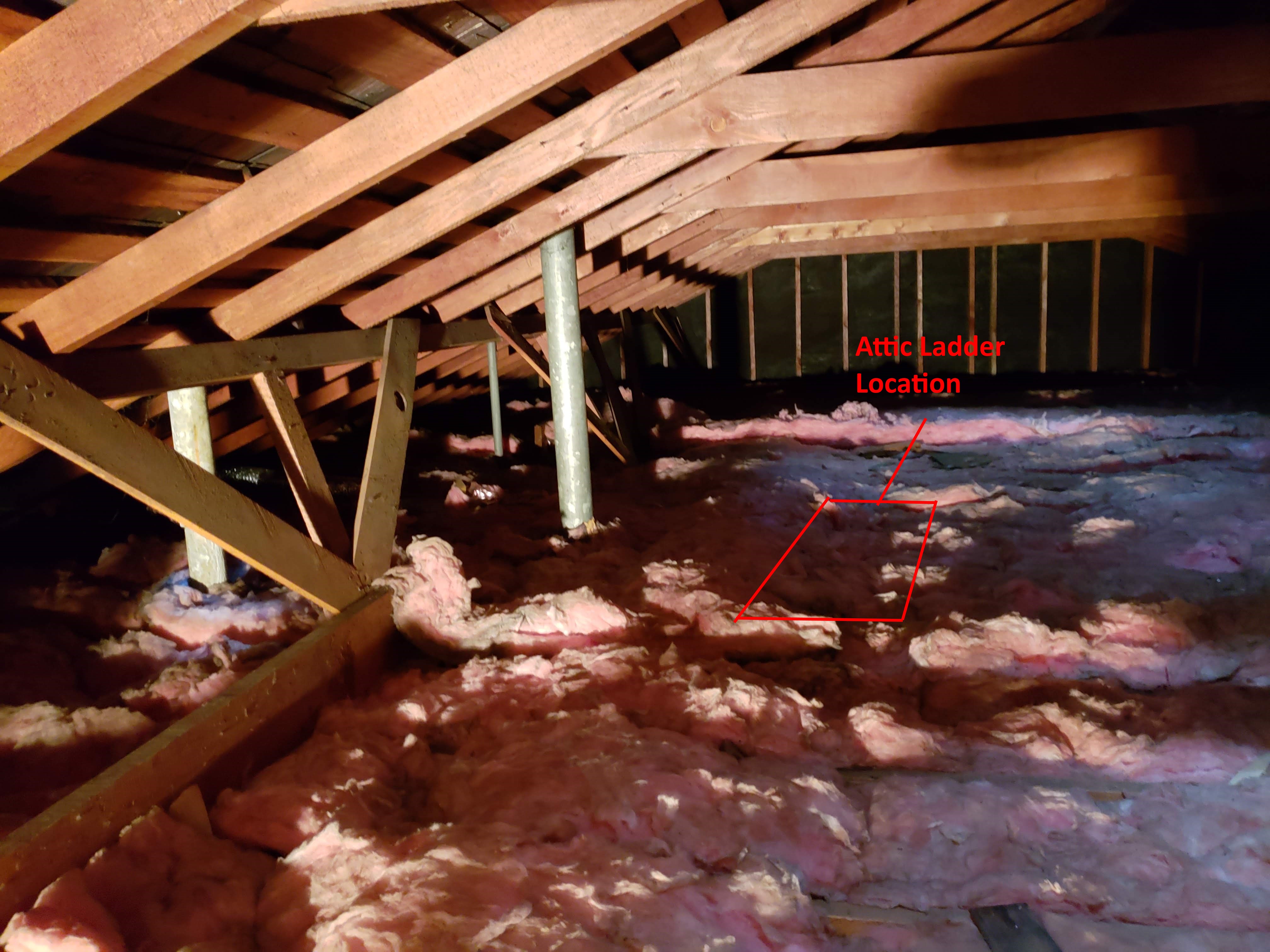 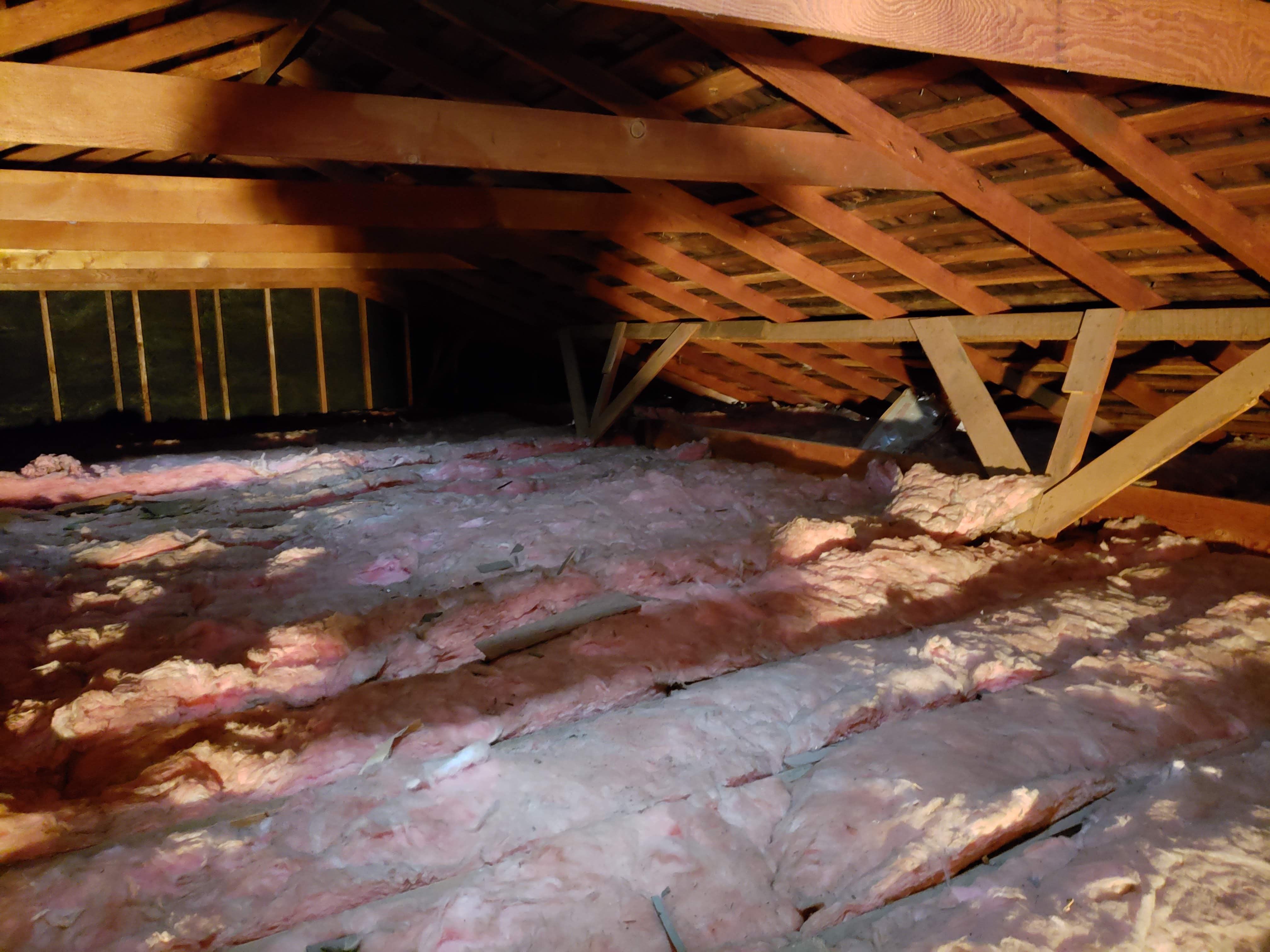 Yes, you can typically cut through joists, but you must make some additions known as trimmers and headers to the framing as well. Like this... 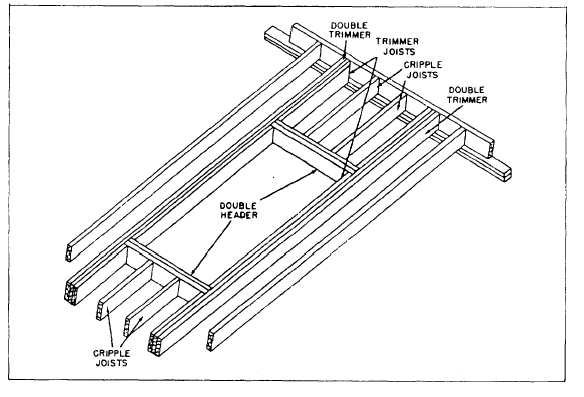 Note that the trimmers run the whole length of the joists in place.

The ceiling joists will not hold much weight being only 2x4’s. I would not expect to be able to install plywood and flooring and walk around up there, but you could possibly store some lightweight things at the edges of the space and over the wall below.

I would not put the attic stairs/ladder assembly opening at right angles to the ceiling joists. You potentially compromise too many of the rafter cross ties by doing that. Instead you should place the cutout opening inline with the ceiling joists/rafter ties. This way you only need to cut one of them to make the room for the rough framing opening.

As evidenced from your pictures of the attic area, your roof support structure is not created from engineered trusses. Instead you have open rafters that depend almost completely on the rafter cross ties to triangulate the rafter structure and keep the building side walls from spreading out at the top due to roof loading. This is the reason why you want to minimize the number of these cross ties that you end up cutting into.

This also means that you may need to be a bit more flexible as to where you locate the rough opening relative to what is built below the attic ceiling. It is often considered optimal to place the attic stair access in a hallway. The consideration of the rafter tie direction and subsequent placement of the attic stair location may very well place some constraints on where the stair opening can be located. That may end up placing it in the ceiling of a bedroom for example.

Similar to @paul's answer to your first question, but some additional information taken from this:

Use your browser's search function to find "R802.9 Framing of openings"

Not the answer you're looking for? Browse other questions tagged attic ladder or ask your own question.

3
Insulating attic ceiling and looking for synthetic t&g ceiling boards
8
How do I add insulation to my attic?
0
How Much Attic Insulation? (R-value vs Ceiling Bowing)
1
Should I insulate my rafters in addition to the ceiling in an unconditioned attic?
1
Can I replace 4" fiberglass batts with thicker ones in my attic?
0
How to safely make space for attic ladder installation
1
Install New Attic Access Ladder Perpendicular to Joists
4
How to repair this split ceiling joist?