Gluing metal and glass pieces of a lamp (Artemide Demetra)

I need to fix a Artemide Demetra Parete (Wall) lamp. When it was hit by accident, its arm swung against a cabinet standing next to it apparently hard enough for its cover disk to come off. As you can see in the two pictures, the cover was apparently fixed to the base by six glue spots. For what I can determine the body is made of metal, the cover of glass.

My question is this: what sort of glue (or other mechanism) is used by best-industrial-design-practice in such cases? If it is indeed a glue, it has work with metal and glass, tolerate a heat source close by, and allow removal by repair staff without a hassle.

(Don't pay attention to the white traces visible in the 2nd picture: they stem from preliminary attempts at repairing with perhaps ill-suited material that was at hand.)

UPDATE Four of the six posts are slightly higher. Their tops are metal-colored (without paint), the other two tops are white (like the rest of the body). There are no traces of any alternative material on any post. If there was any such material, it may have come off when the cover fell off, but it would seem unlikely that this happened everywhere at once. There are also two small notches adjacent to the lower posts, perhaps their only purpose was for inserting the cover at the right angle of rotation. 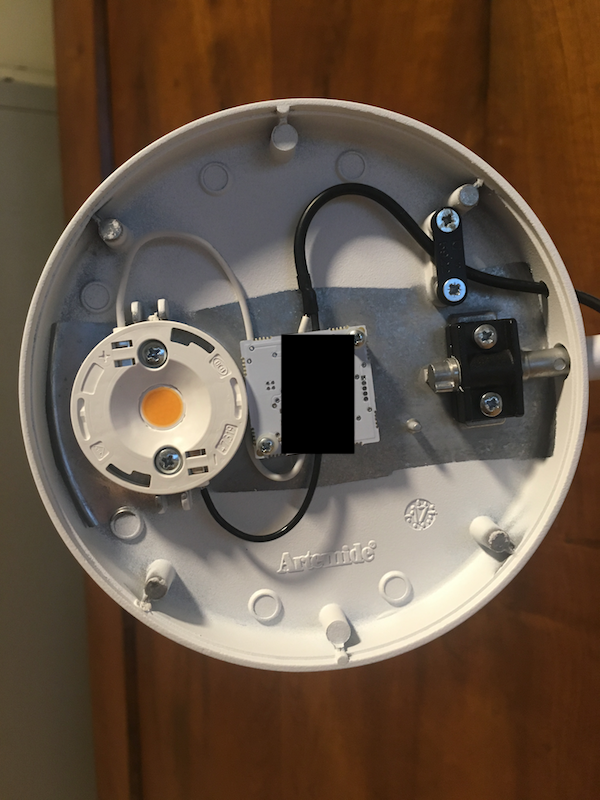 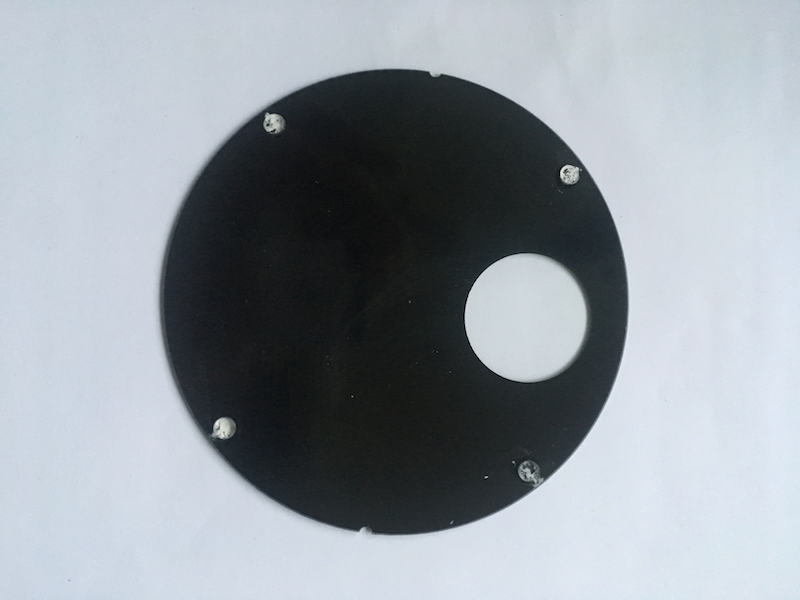 I would repair this by using a flexible adhesive called E6000. This is advertised to be a strong adhesive for both metal and glass. 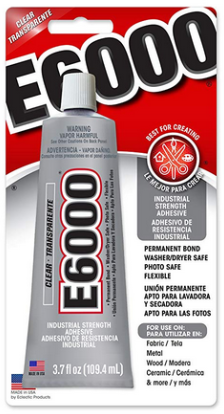 The flexible nature of this adhesive means that it will provide some isolation between the glass part and the metal posts. Before using make sure to do a very good job of removing any old glue debris, paint or finger oils. Rubbing alcohol and Q-Tip swabs are my go-to tools for the final cleaning phase.

The E6000 adhesive can bridge a small gap but it also has a tendency to spread itself out around the site where it is applied so make sure to keep you glass plate flat (horizontal) when you set it in place on the posts. This adhesive will hold on tight to non-porous materials and yet remain peel-able for removal. I have even used it to glue magnets to the covers of white board markers so I could stick the markers to the surface of a metal white board.

Not the answer you're looking for? Browse other questions tagged adhesive metal glass lamp or ask your own question.

4
How to reattach front door rain deflector?
2
Gluing plastic to glass
2
Gluing small pieces of drywall
1
What kind of glue should I use for insulation to wood?
0
Adhesive for PVC-glass in a high temp situation
1
Should we glue above and below our rubber underlayment for wooden floors?
2
What glue to stick polycarbonate and glass together?
0
Gluing two pieces of glass together - type of glue, techniques