What could cause a motion sensor to blink at a steady frequency when it is turned on?

We've had an outdoor motions sensor flood light that hasn't worked, we presume because the bulbs died. After much delay and various electrical works on our house, we finally took the existing bulbs out, got replacements, and installed both of them. Testing it out now, we find the light flickering at a constant, relatively fast frequency! Before changing the bulbs it did not turn on at all. When switching it off, it turns off, and when switching it on it begins flickering almost every time we've tested it. The flickering is very steady and rapid, which makes me think it is not a loose wire anywhere but rather some more 'stable' or steady problem.

I've tested the different settings on the motion sensor and they didn't change or stop the flickering in any orderly way, though the flickering did in one case not start until it saw motion, and in another seemingly random case the flickering was slower and then got faster.

We've had electrical work done on the house, including on the circuit we think this light was on. We were never 100% sure which circuit the light was on because when testing circuits we presumed the bulbs were just dead and they're high up so we hadn't replaced them, but based on location of the light and other wiring we know of, we're pretty confident which it's on. So far there's no other signs of electrical issues in the house.

Here's a photo of the back label of the motion sensor light: 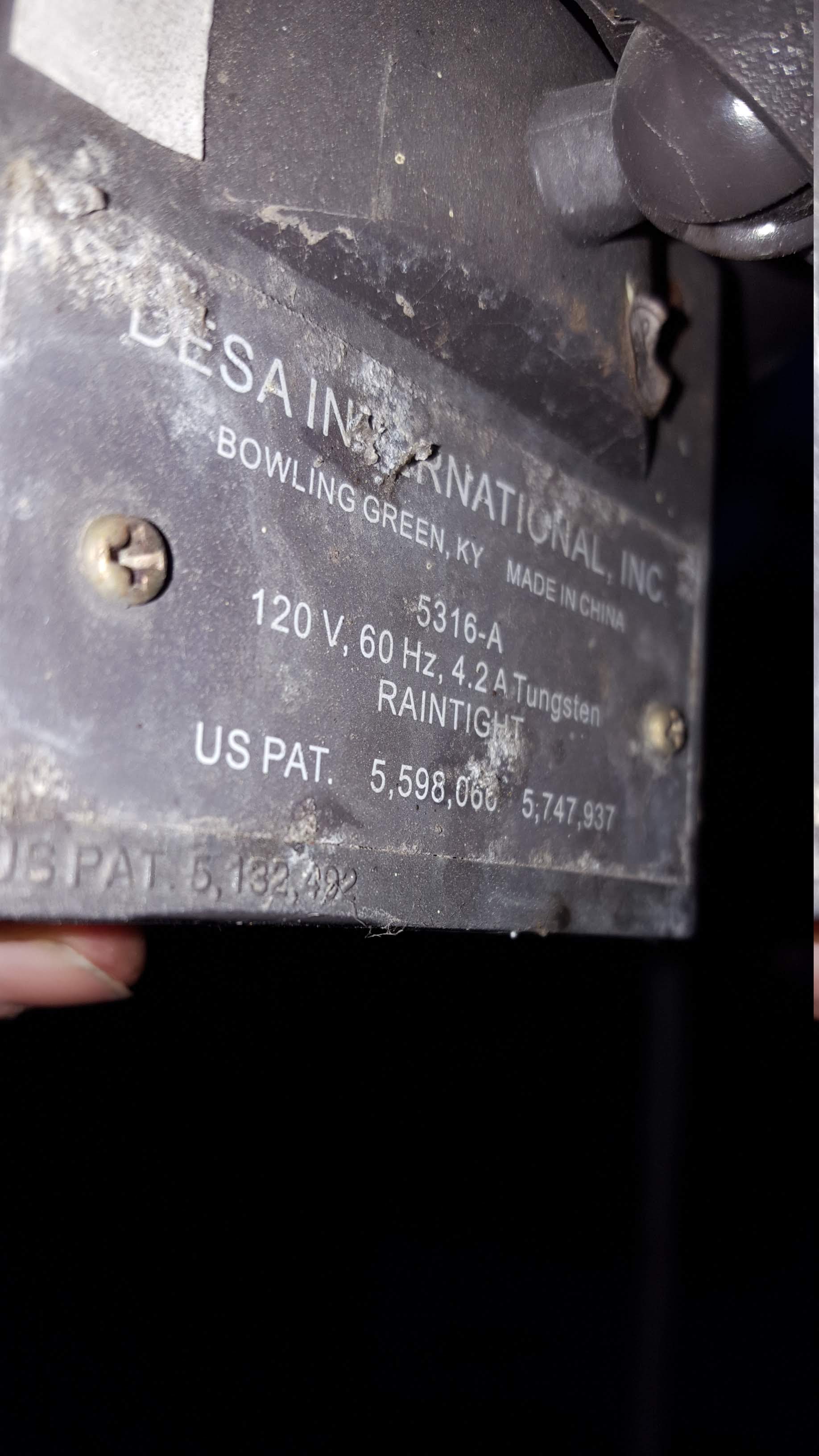 And a photo of the settings/options on the bottom of the motions sensor: 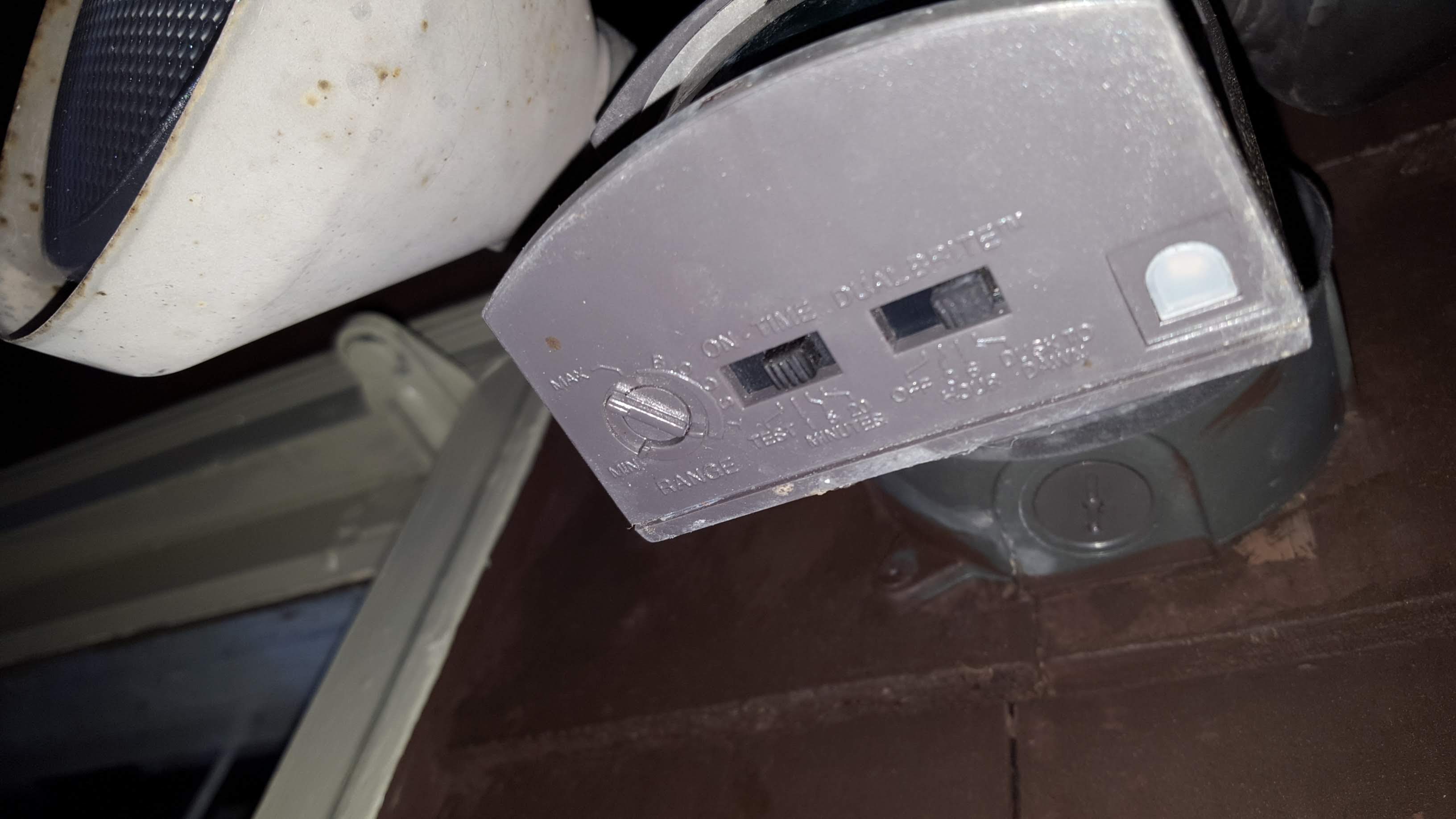 And the new bulbs we replaced the old ones with: 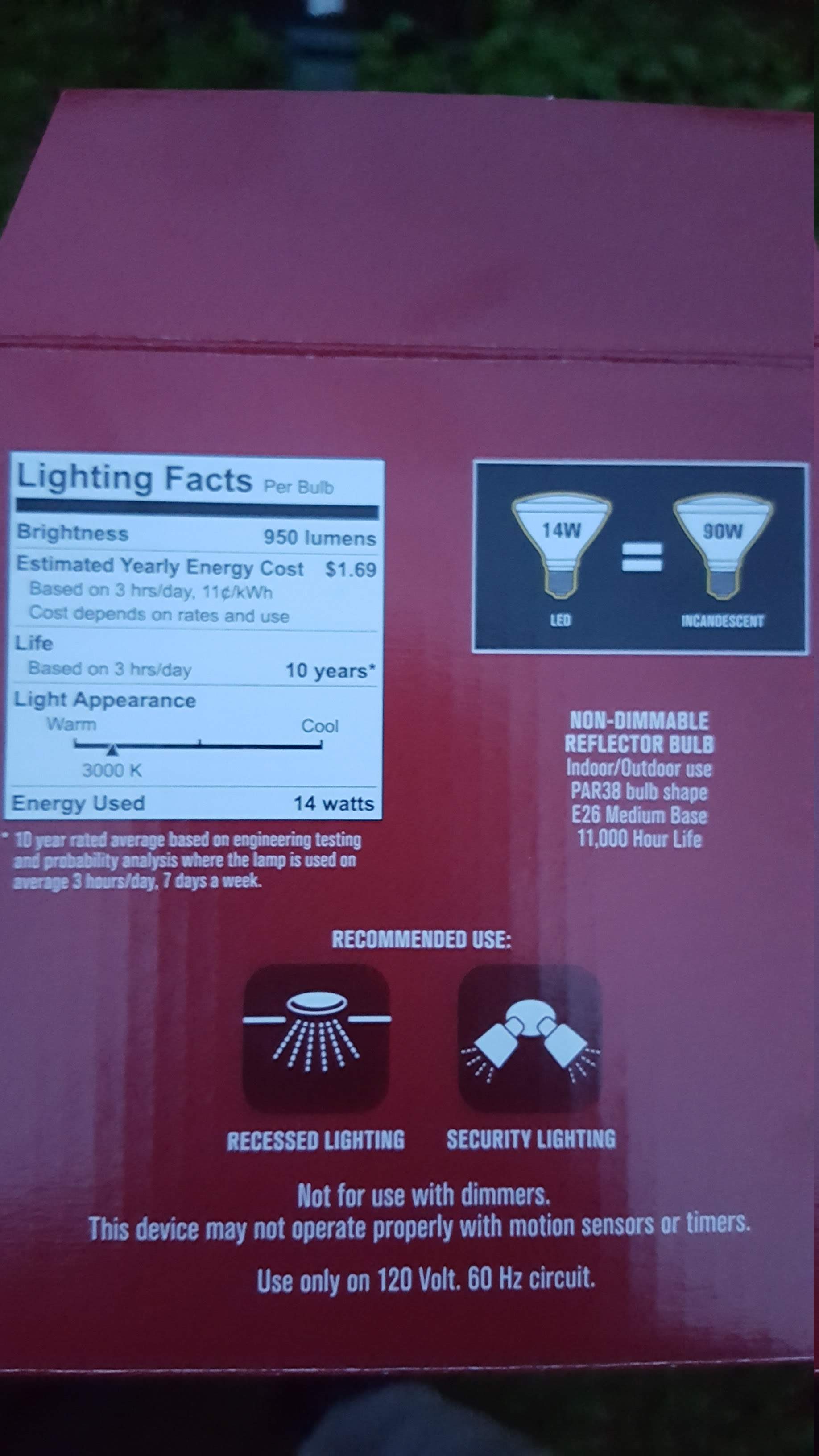 How can we fix this? What would next troubleshooting steps be?

This is due to the way older motion sensors worked. Incandescent lights essentially ignore (or at least, don't put out any light) from small amounts of power coming through the fixture, which is how the motion sensor is powered. However, LED lights will light up with very small amounts of energy, so that power leakage will cause them to flicker off and on. It's the same reason LED lights have problems with older dimmers.

Basically, you have to either install incandescent (possibly halogen) lights into the fixture, or replace the fixture so it's compatible with LED bulbs. Or get one of the combo led panels/motion sensors.

Not the answer you're looking for? Browse other questions tagged electrical lighting troubleshooting or ask your own question.

2
Why is this light fixture with 3 bulbs giving me so much trouble?
1
How to find a motion sensing light switch that turns lights on AND off when motion is detected?
1
Can't turn off security light permenantly
1
Old house w/ 2 black wires replacing light switch with motion sensor switch single pole 4 wires
2
How to fix my LED track lighting that is flickering?
1
Ceiling light fitting activate by sensor wall switch
0
Light Fixture - power but no light
1
What kind of dimmer switch do I have?