three way switching with a dimmer and timer

On a three way switch, can I have a timer at one switch and a dimmer on the other so I can set the dimmer and have the timer control the on/off ?

For a multi-way timer, I think this is a great option: 3 Wire Remote Activated Timer - https://www.cpelectronics.co.uk/energy-saving-product/timers/mrt16-rem

I have replaced all the light switches for the stairs and hall (4 in total) to retractable push switches that connect to the timer and the output to all the lights (linked together).

This timer is particularly good (in my opinion) because you can choose whether a second push does nothing, extends the time or switches the lights off.

For your needs, just run the output of the timer through a dimmer!

Yes, you can, but I don't recommend it.

One possible configuration is HOT - Timer - switch - switch - dimmer - light (and back on the white).

When the timer is off, the whole circuit will be dead though, and the light won't come on unless the switches are in the correct positions. I can envisage a mad scurrying around trying to turn the lights on, checking the dimmer, timer and switches to get the right combination.

With that said, you can buy 3-way dimmer switches, and 3 way timer switches, but they are somewhat pricy. But it's an all around better solution. (Links are for example only and do not constitute an endorsement of the products)

(NB: This is all assuming North American wiring methods. Equivalent products should be available for IEC systems, I just am not familiar with them.)

This is actually possible provided you get the correct dimmer and timer (instead of the first things that you find on the shelf at the nearest borg). In particular, you need:

Follow the diagram below for details (assuming a conventional setup with source-switch-switch-load -- if you have a switch loop instead, you'll have to adjust things to work with it).

Again, see the wiring diagram below for details, assuming you are configured source-switch-switch-light. If you have a switch loop instead, you'll have to adjust things for your configuration (which will include routing neutral to the other box). 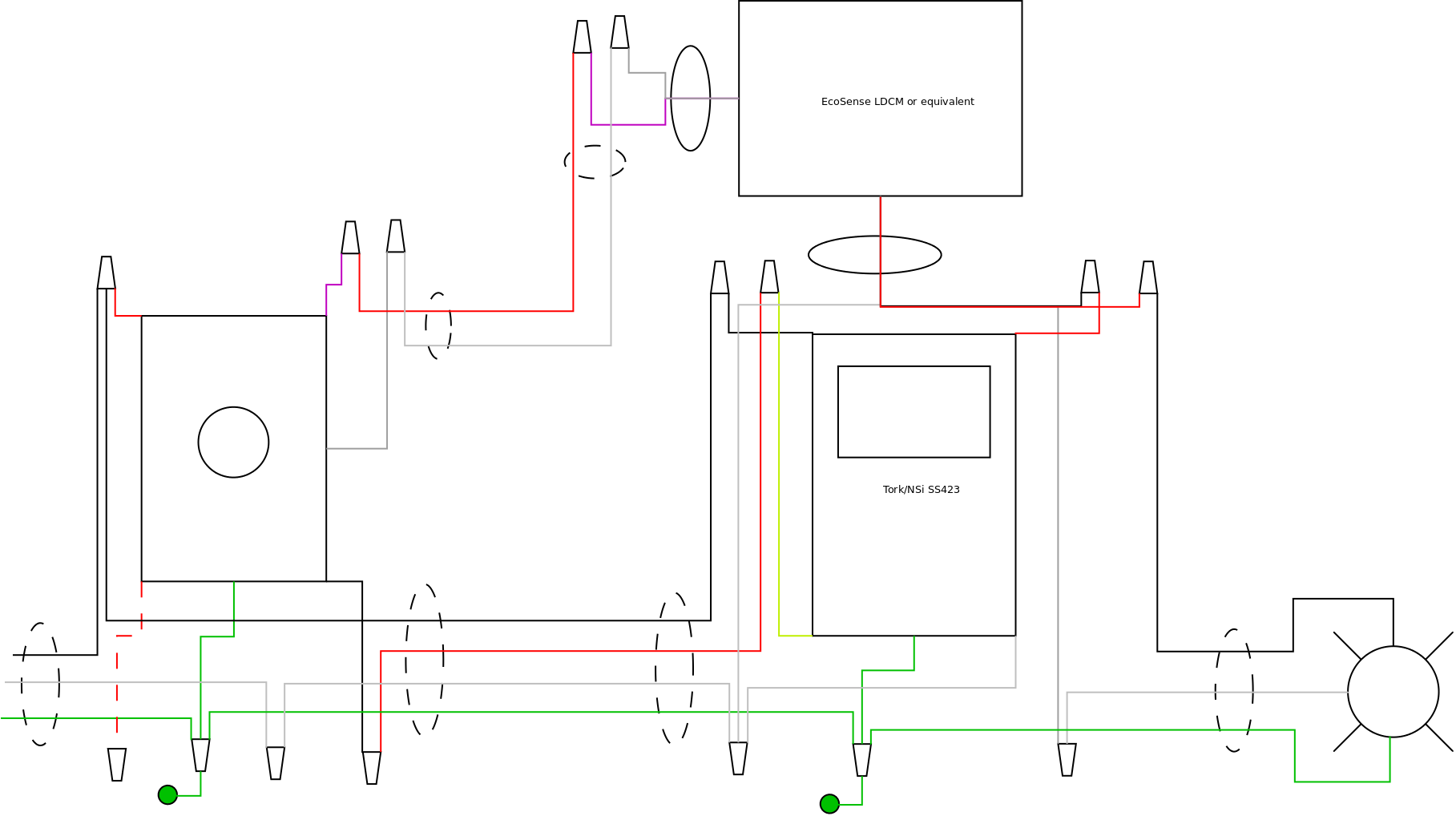 As to the theory behind these setups

Basically, we need to do two things to make a dimmer and a timer work together:

Lighting loads are limited to the lower limit of the dimmer or the timer's ampacity rating, which works out to 7-8A in practice with the parts shown here (unless you're using the Eaton timer with ballast loads -- it can only control a bit over 4A@120VAC of those).

The problem is, you have too many options all trying to control the switch. You've got the timer, the dimmer, and two switches. These control inputs (and their meanings) are too complex for "steam wiring". Seriously... work out every possible combination of states and control inputs, and what you want to have happen in each case... Suppose the timer is 2 minutes from finished, and someone throws the other 3-way. What should happen?

The person clicking the switch doesn't know the timer turned it on.

Smart switches are the way to go

With a smart switch platform like Insteon, you get to set up controls to work any way you like, because the hard decisions are done in software. State is also stored in software, so for instance you could dim or start a timer from both locations, switch allowing.

And, if the event logic doesn't work the way you want, you can change the software!

0
3way wiring with timer AND a dimmer