Neutral wires or neutral and ground cause small “sparks”

But if the two neutrals or neutral and ground touch/rub, they cause a static electricity type of spark.

What would be the cause of this and would this be why my bulbs constantly go out.

I’m getting 4.2v between the line and neutral/ground with the switch off. Can’t feel it when touching both.

The neutral also goes to another light which is fed power by a third red, hot wire. 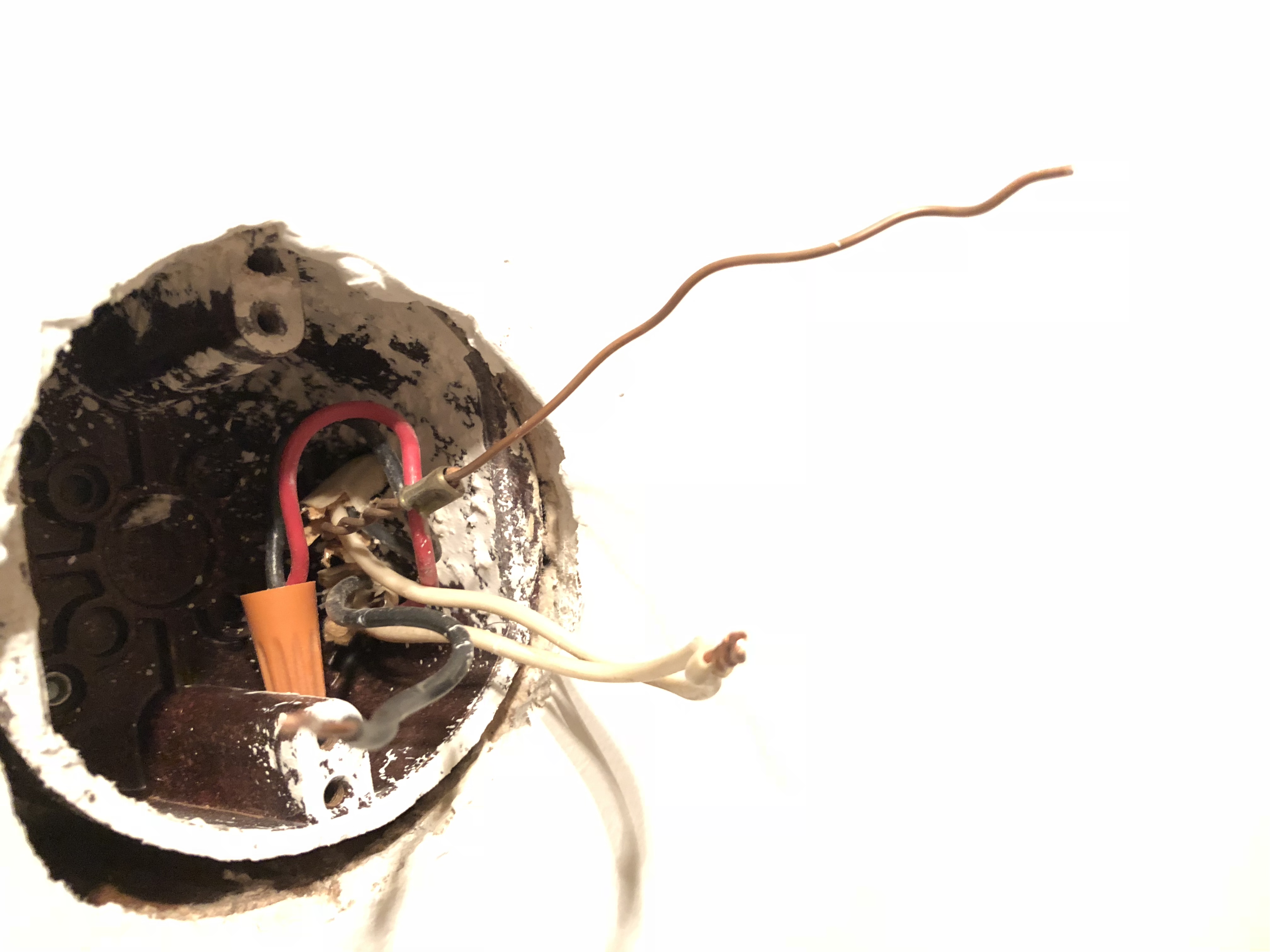 You keep saying "neutral and ground". A common mistake is to believe they are the same thing -- after all, they're tied together back in the main panel, that's the same as tying them everywhere, right? Nope.

Neutral is a working conductor: it is a normal current return path. It "works for a living". It's subject to voltage drop, for instance. It must be tightly paired with the "hot" conductors so the wires' magnetic fields cancel each other out.

Equipment Ground is an emergency safety shield. Normal current must never flow over it! Any current on ground is fault current and we certainly hope that is caught soon.

The purpose of the tie back at the main panel is equipotential bonding. The bond could be a car battery (intentional 12VDC bias between N and G); or a 2V transformer (2VAC offset between N and G) -- who cares -- the point is to bond neutral to be near earth, and thus keep hots within around 120/230V of earth - otherwise they could float/rattle at high voltages and be much more lethal.

So why the sparks?

Why is neutral and ground not precisely the same voltage? Because neutral is workin' for a living, and ground is not. You're seeing voltage drop on the neutral, which since a neutral starts at 0V, tends to lift the neutral's voltage up a volt or two. It's the same effect as a beam-style torque wrench: the heavy beam bends with the many foot-pounds of torque, but the indicator beam is under no strain, so remains straight. The difference indicates torque.

If you knew the exact resistance of the neutral wire, you could compute current using that observed ground-neutral voltage difference "E", and known neutral resistance "R", plug them into E=IR and out pops I, your amps.

Your problem is completely unrelated to this garden walk through the world of neutrals and bonding. The readings you're asking about were a red herring, sorry. Since you have a DVM, measure voltages on circuits in your house which work - as many as possible - and look for anything weird, especially some below 120V with others equally above 120V.

This is caused by the difference in potential between the ground wire and the neutral circuit. All conductors have resistance. This resistance causes voltage drop across the line when current flows through it, such as when you have the lights on. I won't go into detail here since this isn't really meant to be a forum to discuss electrical theory

Most importantly, as others have commented this is normal and you should insulate the neutral wire by placing a wire nut over it. The neutral or hot in a circuit should never be exposed or connected to any metal chassis except at the load center (most people call it a breaker panel). Also, there is little reason to handle the conductors of a live circuit.

If you want to learn more about voltage drop this is a good starting point:

6
Getting shocked by a neutral wire
4
Why am I showing 50 volts between neutral and ground?
6
What is the explicit difference between the ground and neutral wire in 110V systems?
3
Should neutral and ground wires tied together in junction box?
10
Can ground shock me? It's bonded to neutral in my panel
2
Remove and Cap Light Switch Wires
1
Alt hot white and red wires, neutral black? How to connect motion detector switch
6
What happens if ground and neutral are swapped in a light switch?
7
Why bother referencing neutral to ground in residential transformer?
0
Can I make a switched outlet constant hot