Which wire is neutral and hot?

I have the following wires in a box for a switch. I'm trying to replace the switch with a smart switch but cant figure out which is neutral. I thought it was the white one, but when I unbundle the white white, the light no longer turns on when I toggle the switch.

Also if I measure the voltage between the load and the box and it comes up as 120V, does that mean the missing ground wire isn't a problem? 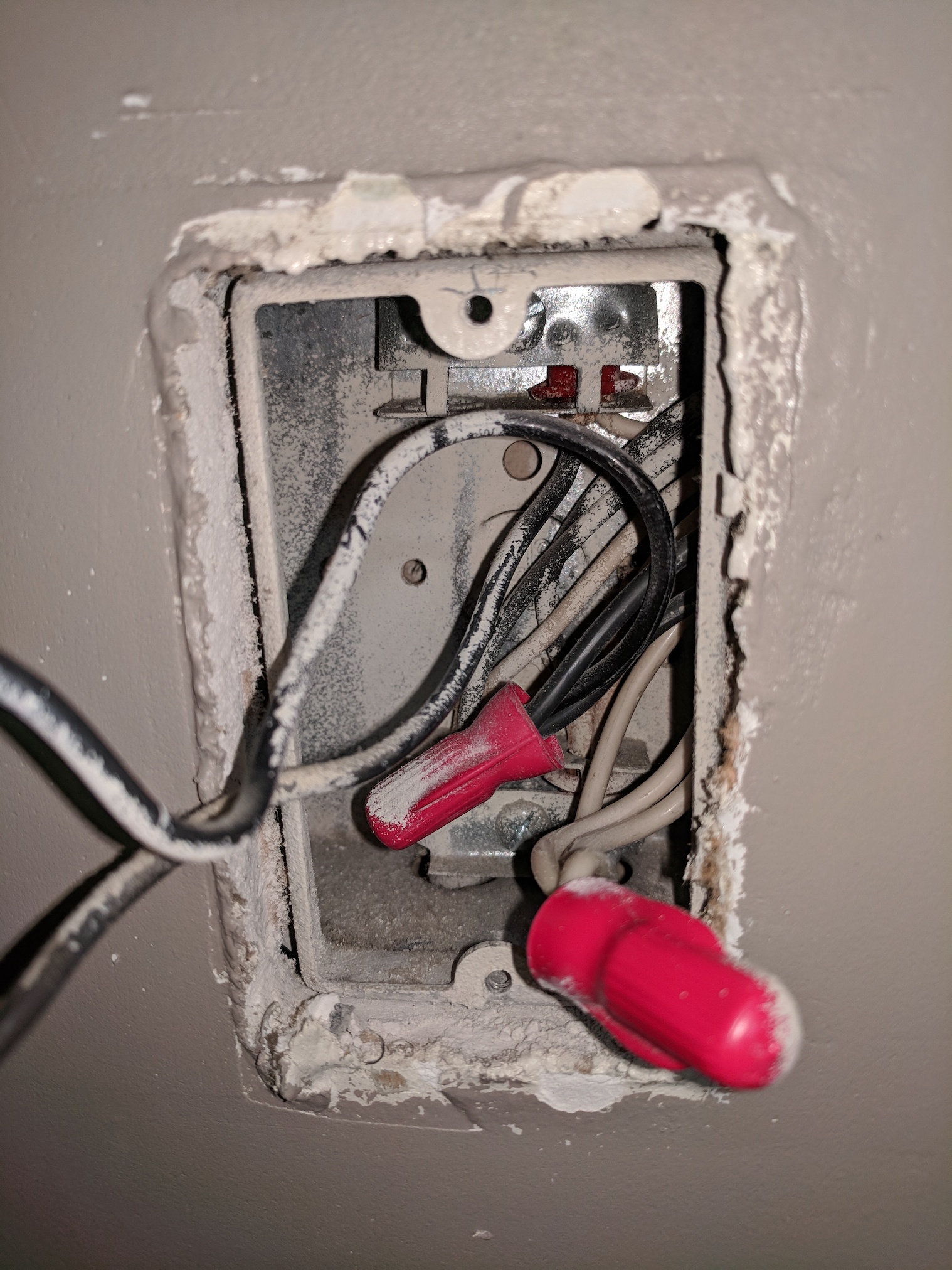 You've got hot and switched hot on the existing switch. If the box is grounded properly then you will get 120V from hot (or switched hot when it is switched on) to the box. You will also get 120V from hot to neutral when the switch is off. If I understand it correctly (and Harper or one of the other real experts will correct me if I'm wrong), the circuit is actually:

The problem is often, particularly in older installations, that neutral is not present within the box because it is not needed by older switches. But neutral is needed by the light - just often that neutral will bypass the actual box since it wasn't (without a smart switch and prior to current code) required inside the box for any reason.

In your case, if I understand the pictures correctly, multiple black (hot) and white (neutral) wires nutted together. That indicates you have some additional circuits - e.g., outlets or more lights controlled by another switch - that are sharing the hot & neutral with this light switch & fixture. That is perfectly normal, but the result is that the neutral for the light fixture depends on those white wires being together. Removing the wire nut breaks the light circuit, and probably some other outlets or lights elsewhere in your house.

Bottom line: The white wires nutted together should be neutral, and you should be able to add another wire (pigtail) from the smart switch into that bundle/wire nut.

One more thing to be watch for: Hot vs. Switched Hot

In an ordinary single (i.e., one switch, as opposed to 2 switches - which is actually called 3-way) switch, it does not matter in any practical way which wire (hot vs. switched hot) is connected to which screw. However, with a smart switch you must make sure that hot and switched hot are connected according to the switch instructions. Hot is the wire that goes to the wire nutted bundle of blacks. Switched hot is the black wire (it doesn't have to be black, but it is in your particular case) going from the switch out of the box all by itself. If your switch instructions refer instead to line and load, line == hot and load == switched hot.

Yes, there are also other cables heading off other directions to carry power onward to other loads.

The clump of all-blacks is always-hot.

The clump of all-whites is neutral.

You see where one wire on the switch is a short wire that simply goes to the always-hot clump. That style of wiring is called a "pigtail". The wire is also always-hot, and if the smart switch needs to know this, it is Line.

Disregarding green/bare ground, the 1 remaining wire on the switch is switched-hot or Load if the switch cares about that.

If the switch has more than 2 screws for (non-ground) wires, then it's a multi-way switch and life gets a lot more complicated, and the above advice would not apply.

Sometimes you see a switch with only 2 screws, but more than 1 wire going to one of the screws. This is using the switch as a splice block. In that case it's better to convert it to a pigtail, such as what you see in this box.

I believe the white wires are indeed neutral. The home run hits this box, where black is switched, then continues to the light. (The other wires are other branches, maybe to other switches / lights, maybe to receptacles, etc.)

This appears to be an armored cable that uses the armor for grounding, such as type AC or MCAP, that would explain why there are no grounding conductors entering the box. 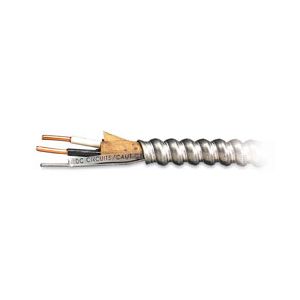 Your second question was:

if I measure the voltage between the load and the box and it comes up as 120V. Does that mean the missing ground wire isn't a problem?

The box could be grounded via an armored cable. That is not compliant with code in some areas. Why is this potentially a problem?

The box could be grounded completely by accident. Perhaps it is touching a pipe that is in the same wall, and the pipe is grounded. Why is this a problem?

The white wires most likely are neutrals. They're nutted together because the circuit continues on to other outlets - you need to disconnect the wire nut, add a new wire, and then nut the new wire and the old wires together. Then connect that new white to the receptacle.

Note that disconnecting the neutrals on a powered circuit that you know nothing about is a bad idea - if that was a multi-wire branch circuit, you could have sent 240v to everything on it. Be careful.

7
Getting shocked by a neutral wire
2
In a gangbox with switches on two different circuits, how can I identify which neutrals are associated with which circuit?
2
Which is the hot wire, neutral wire and ground wire?
1
Issue replacing a regular 3 way switch with smart one that requires neutral
1
"Neutral wire required"!
1
Which Neutral for a Single Pole Leviton Dimmer?
1
Replace 3-way toggle with Lutron Caseta Smart Toggle
4
Attach Smart Switches to Shared Neutral
2
Converting a 3 way switch without neutral to a smart switch that needs one