Is there anything special needed to cut out a section of carpet?

I am cutting out a section of carpet as I expand my entryway, and I want to ensure it's held down properly. 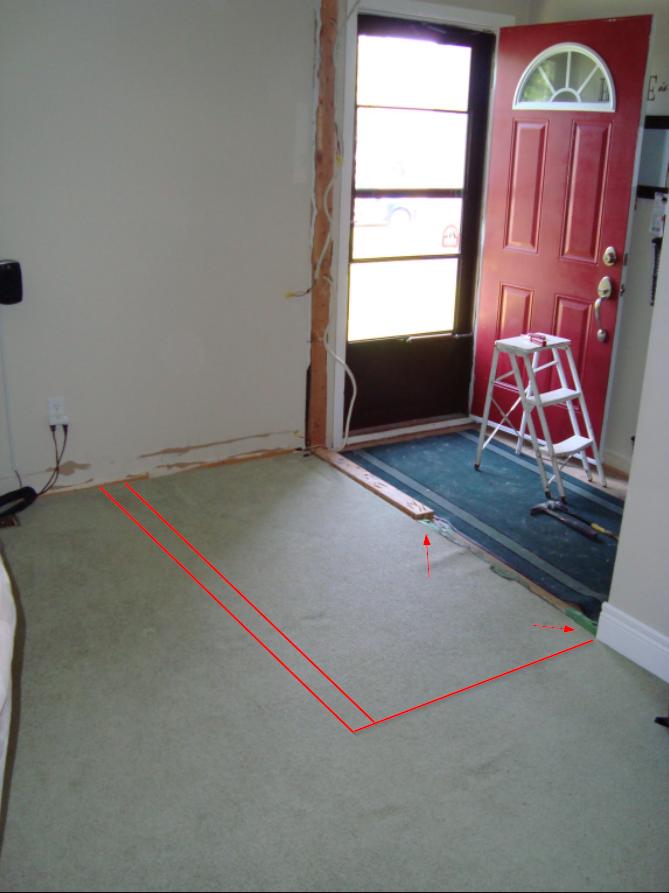 I am putting a 4' high wall up where the double red line is, and cutting out that section of carpet (later I will probably tile). Right now, there are tack strips all around except for between where I drew the two arrows. If I cut out that section, I guess I need to put new tack strips down and attach the carpet somehow. Am I going to need to use one of those carpet stretching tools to do this? Should I put tack strips down before I put the new wall in place or after? Any other suggestions about the best way to cut this and avoid problems?

Just stumbled across this again, figured I'd add some post-photos (even though I finished this a couple years ago now).

I used some painter's tape to both mark the cut I wanted, and try to ensure the fibers weren't damaged/dislodged, then just cut it with a sharp utility knife and a level as a straight-edge. 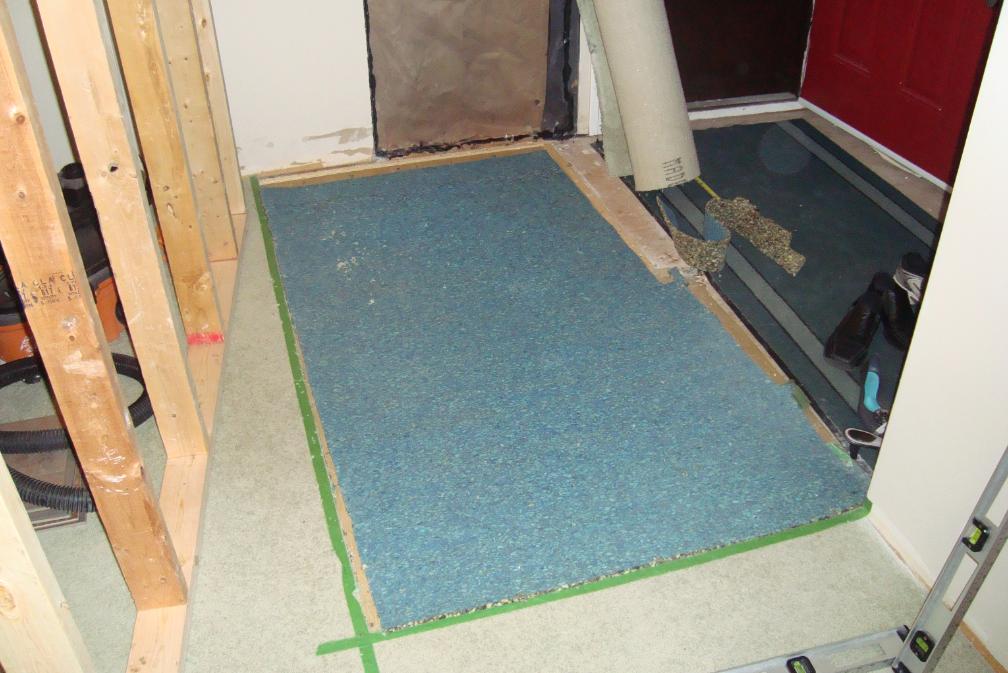 The wall I built was just a 2x4 frame, and before I put it in place, I put a tack strip in along the edge of the carpet there, and pulled it as best I could to get it to attach. 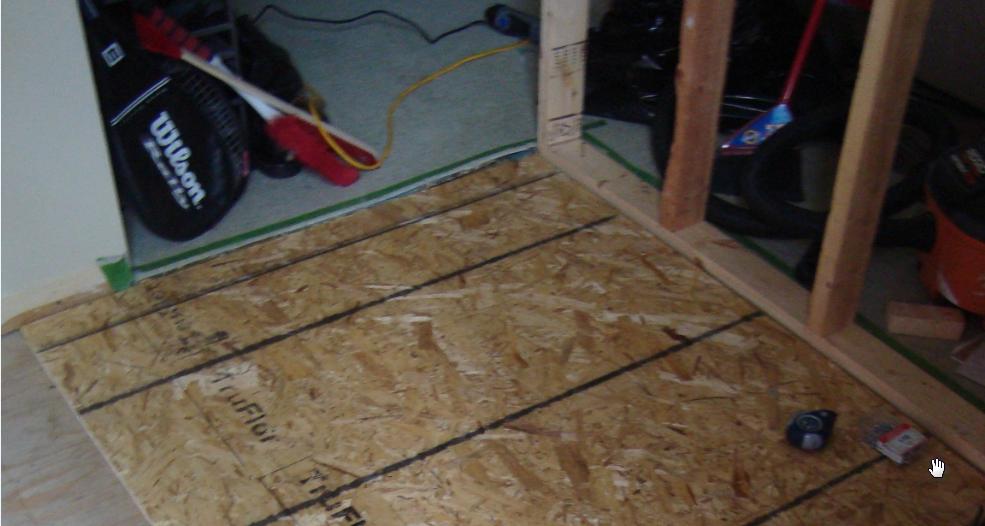 Because I just cut a corner of the carpet out, and it was still attached on all 4 sides, it didn't really move any or need to be "streched" (which is what I was concerned about).

For the door opening, I used a carpet threshold tack strip (forget the name -- it has a channel in it that you push a piece of PVC molding into to cover the seam up): 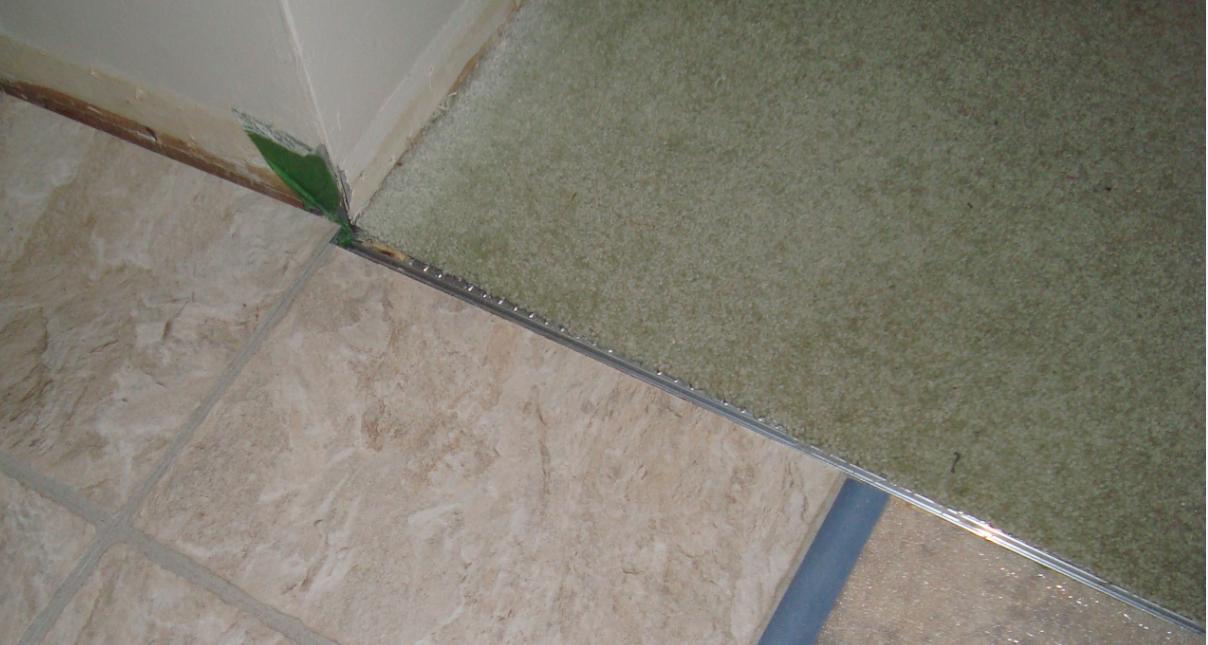 So after four years of living with a tiny entrance that only one person could be in at a time, we were totally happy with the final result... for the remaining two months we lived in that house. Such is life :) 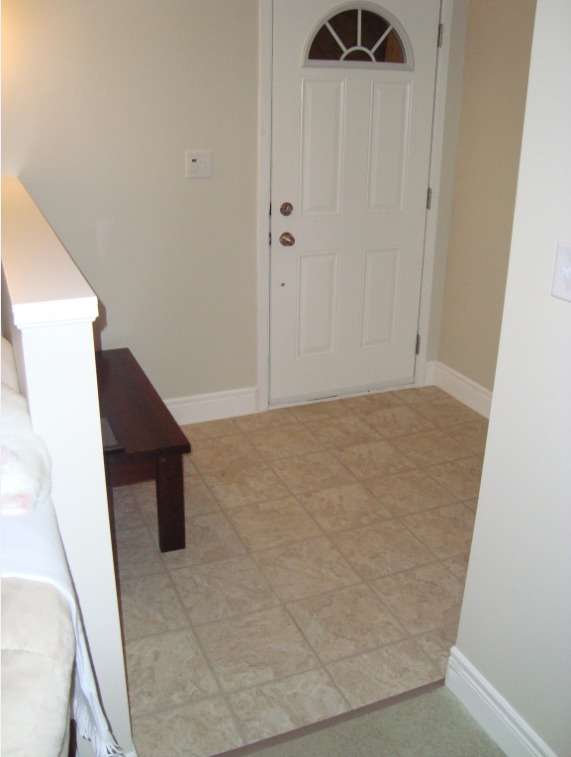 I'd recommend putting the tack strips in after the wall. That way you can put shoe molding over the edge. The one time I ever replaced carpet I cut it with a multitool knife blade and I didn't need any specialized tools to get the new carpet down.

Not the answer you're looking for? Browse other questions tagged carpet or ask your own question.

2
How do I move a carpet tack strip about an inch inward (ie, remove about an inch's worth of carpet)?
1
How should I remove carpet in preparation for sanding and polishing floorboards?
8
How to fix frayed carpet at tile transition
0
Was my new carpet installed correctly?
0
Can built in bookcases be installed on carpet
4
Can I use double sided tape to install carpet on a concrete floor?
4
why is there a gap between the carpet tack strip and the wall?
6
Setting tack strip in concrete
0
How To Provide For Carpet Edging?