i purchased a tiny house as an abandoned project, and the electricity was already roughed in at purchase. I'm not an electrician, but all the work on the house seems pretty sound from my research. All the wiring is 12/2, with a an RV inlet (30 amp, 125 v). The panel confuses me, as it has both the ground and neutral on a single bus bar. The breaker is a square D 15 amp tandem, with only a single bus bar. Does this look correct? 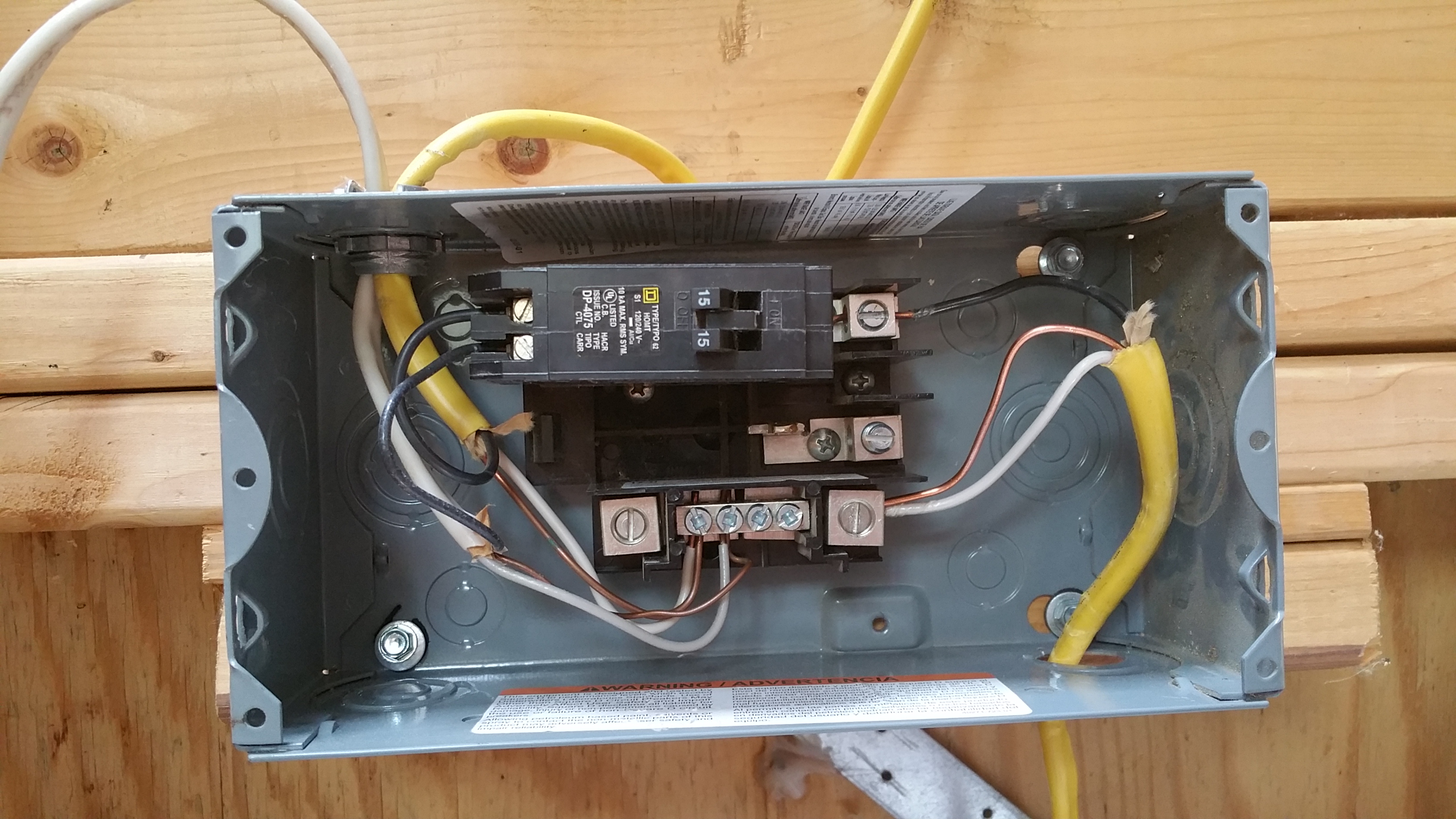 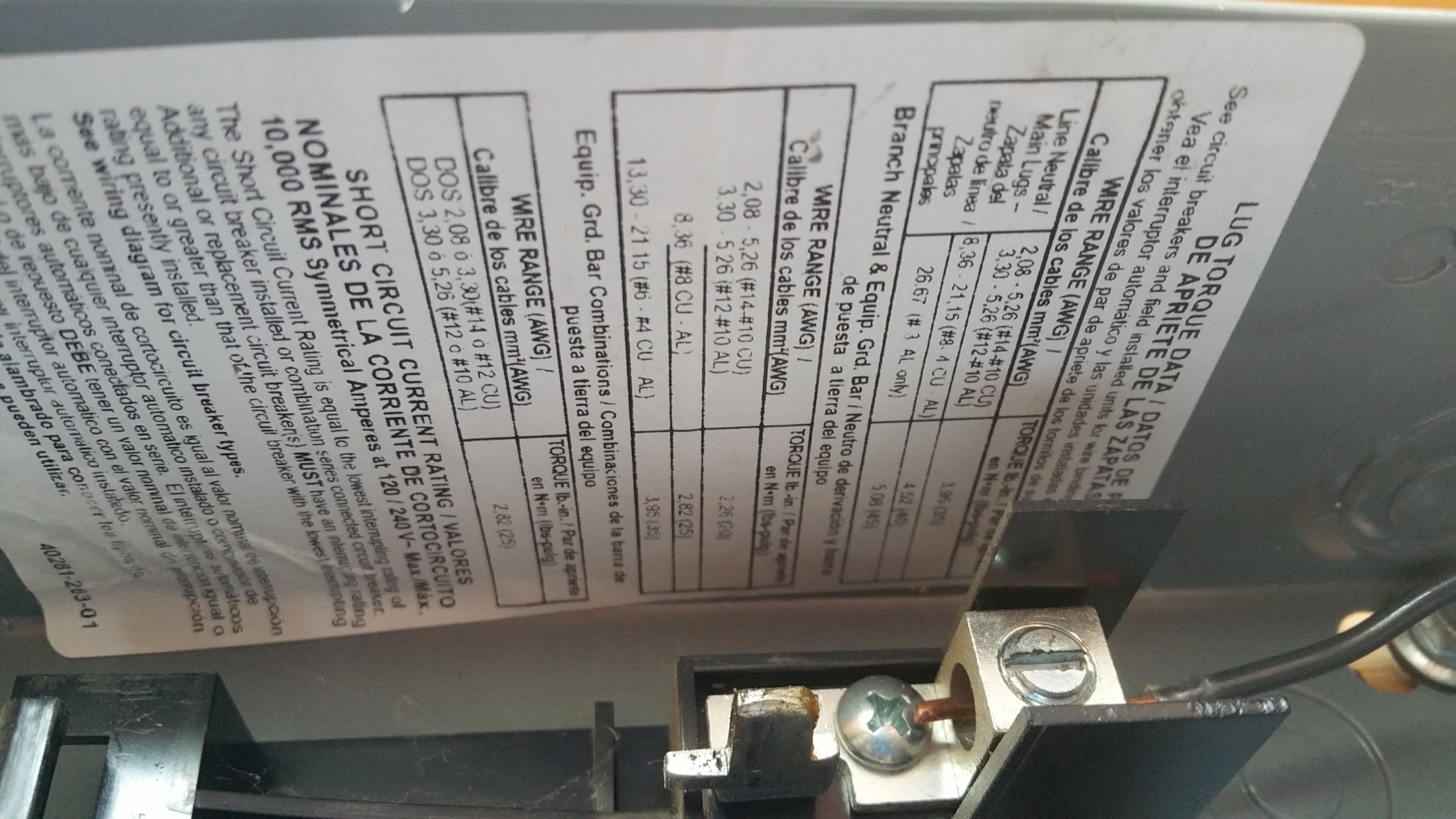 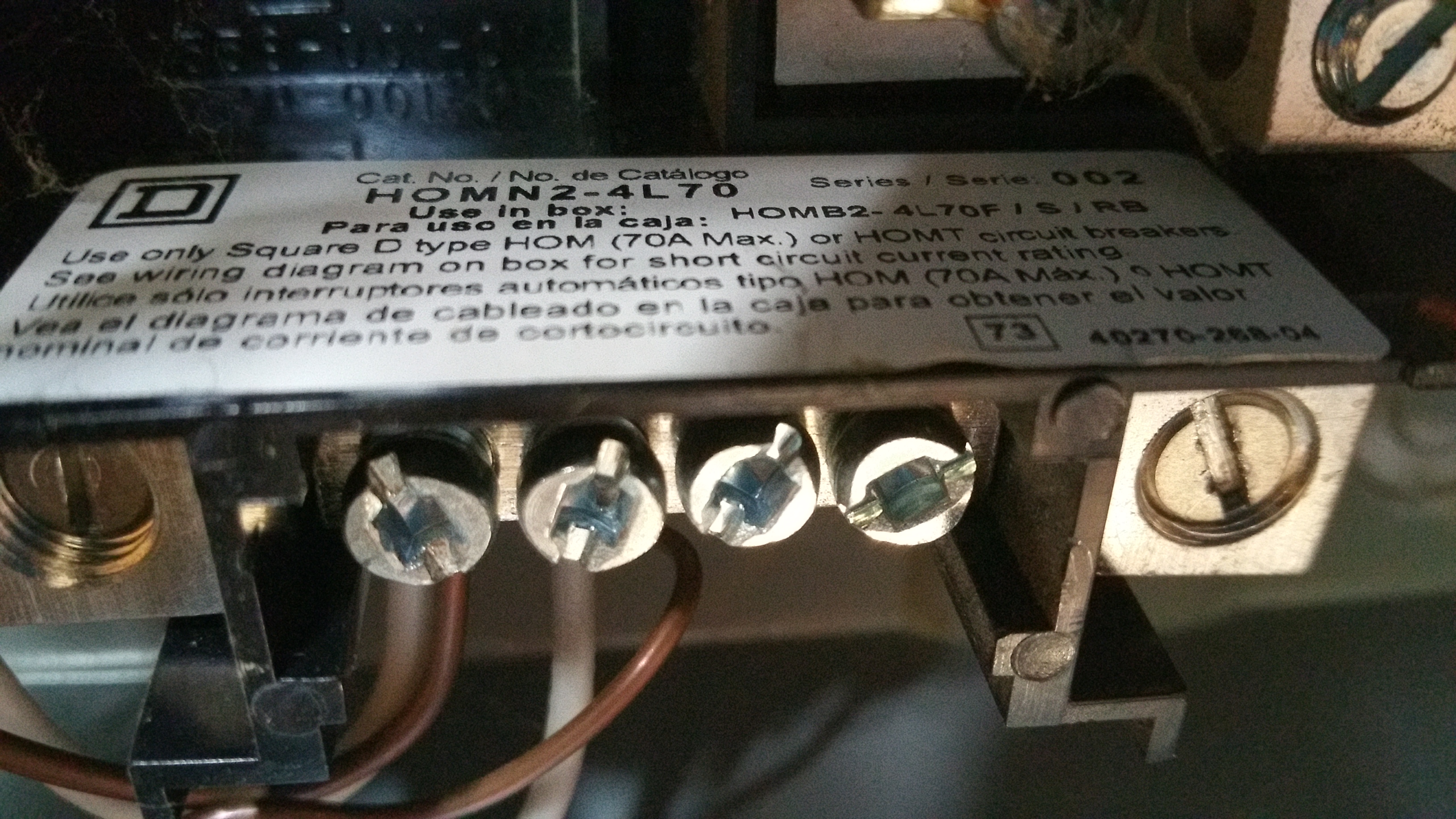 This is a total hack job.

It's super cheap, but not even that; there are places money was spent unnecessarily. But the workmanship is a punch-drunk disaster. No one did any research nor asked for any help. The installation is actually dangerous, and could set the tiny-home on fire from an unrelated electrical problem in the facility it's plugged into, even.

Just to breeze you through what's wrong with the panel: #12 on a 30A circuit, no ground bar, lugs double-tapped, missing entry clamp, double-stuff breaker where AFCI may be required, no provision for solar, way too small panel (cannot meet NEC minimums for circuit count). And if it's outdoors: indoor box outdoors, NM cable outdoors, outdoor clamp needed (they don't allow 2 cables), entering a box from the top unnecessarily.

And first I thought, "let's get you a line/gen transfer switch". But then I realized those are quite large. Even one that's integral to the panel (like Siemens') does not switch neutral, which is an absolute requirement here!

So what I want instead is to mount a 14-50 inlet (or 14-30 if you are sure you'll never need more than 30A). Right next to that, a tiny compartment where you can stow a short cable with a 14-50 socket on the end. To run in solar mode, you unplug from shorepower, open this compartment, and plug the socket into the inlet. If you're super sharp, you recess all this so you can leave it in while towing.

If your shore power isn't 14-50, you stock a variety of adapters. Most are readily available at RV shops, or a steady hand can make them.

That thing actually is a service panel, it's so tiny that it's hard to recognize as one. It won't do. It's a $19.99 Home Depot cheapie, and the worst brand they sell (I think). We're going to spend more like $100 on a proper panel. Panel size is a factor, so we prefer dense panels in smaller sizes. That makes Eaton CH or Square D QO contenders (yes, Square D again, but this time their industrial line) since they pack full breaker functionality in 3/4 the space. (GE Qline goes too far, their 1/2 height breakers can't perform essential functions, other than that it's a fine panel if you use their fullsize breakers.)

As far as spaces, what worries me is that an inspector could come by and require you to have the NEC minimum number of circuits - and also, a few circuits are just a good idea. The former builder used a "double-stuff" breaker to cram 2 circuits into 1 breaker space. Don't count on that, because that inspector may require you use AFCI or GFCI breakers - and those do not exist in double-stuff.

You may want to automatically disconnect non-essential loads while on solar. And now is the time to be thinking about it, because there's a clever way to do this for free, right now while we are designing the panel. You see, North American power comes in two 120V "legs". The legs are normally just for more power. They aren't normally assigned different tasks, but they could be. Read my Q&A on double-stuffs, which talks a great deal about how panels are separated into two poles.

After that, the cable I mentioned? You wire up the inverter as 120V, and only connect L1 in the socket.

In North America, that would be correct for the main service panel which is directly after the electric company meter, but it is incorrect for a subpanel.

A subpanel should keep separate the grounds from neutrals and connect those separately to the main service panel. This is to prevent ground loops and the serious danger caused by failure of a conductor. See this and especially this.

Then determine what are the requirements for bonding the neutrals and the grounds for an RV. The question would be should the neutrals be bonded here or should neutral and ground be separate to the RV receptacle?

If another breaker would be added, a jumper would be used to feed it from the lug on the first. If the lugs are not approved for two conductors, then a single one would go through the first lug and on to the second.

13
why is a service neutral grounded but not the subpanel-neutral?

2
Does a 125 AMP panel require a heavier supply cable than a 100 AMP panel?
4
Arc-fault breaker in sub panel, pigtail to neutral bus or ground bus?
3
Home Inspector reported two 20 amp breakers not allowed in panel per manufacturer?
4
Is too much of my home connected to one circuit breaker?
2
Can a single pole (normal/regular) circuit breaker be used in spots designated for tandem?
3
Code for how many ground wires can be under one screw on bus bar in main breaker box of residence
3
Neutral and ground connected to one bus bar in subpanel; should I change?
3
Is there any issue with the neutral and ground being connected in this panel?
2
Ground wire arcing in breaker box