In redoing the house I'm working on (to live in) I've finally gotten to the point to start Plumbing. The house has not had running water in at least a couple of years.

I was going to replace the rusted valve when I find out that it's plastic entering the hours, but more confusing is the wire that is going into the ground with it. 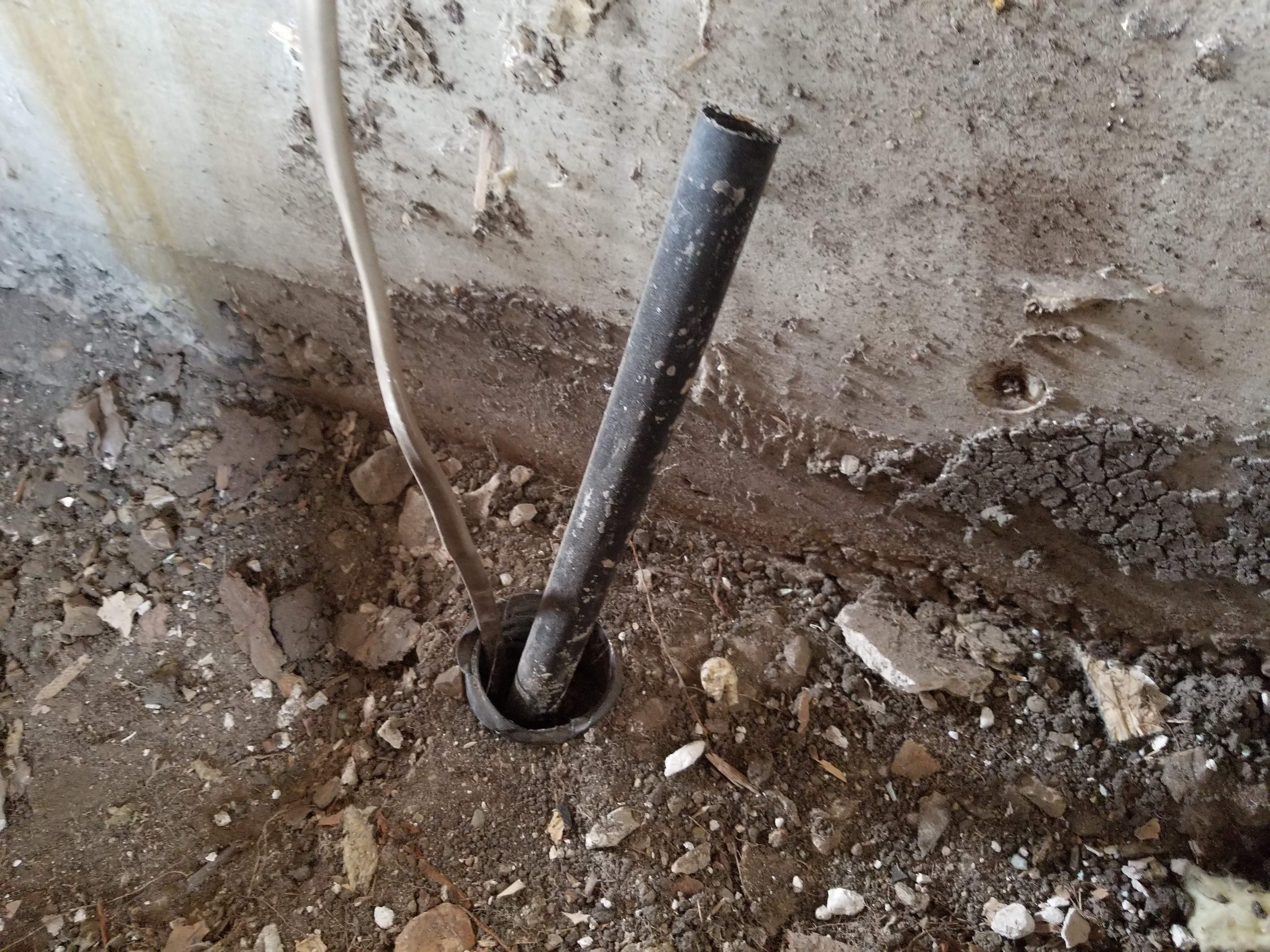 The wire was semi buried which is why I didn't notice it at first and it was cut sometime during the past month or so thus I don't have a complete grip on its termination point inside the house. There is one wire entering the old electric panel that was just chilling though, and literally not connected to anything.

Additionally at the road side there is copper on my side of the meter location.

This section of house was added on most likely around 1993 and my guess is that the house used to have copper plumbing which they switched underground somewhere to plastic during that addition. The wire then might be a ground wire to the copper.

I don't know what type of plastic it is, reading Is this plastic pipe connecting city water to the main line dangerous? the only writing I saw on it was a couple extremely faded blue letters.

Finally the whole thing is poured in concrete with a corrugated plastic tube around the pipe and wire.

I am curious on if I can move forward with putting a valve on and pressuring the system or need to take the time to get a professional opinion or actually dig the whole thing up. Also interested if there are any other ideas for the wire?

12
Is this plastic pipe connecting city water to the main line dangerous?

12
Is this plastic pipe connecting city water to the main line dangerous?
1
How did my water meter become loose?
1
How to fix a pinhole leak in water main inside my house?
0
Buffering Residential Water Pressure
1
Should this section of water line be replaced?
1
Installing Smart Water Monitor/Valve
0
Extending copper water pipe to fridge/icemaker and leaving options open
0
What is the expected GPM water flow for outdoor garden hose?
0
Main water line from 3/4 to 1in, meter and pressure