Running a PE gas line in a trench to a fire pit. Straightforward, permitted and will be inspected. (I understand the concerns many express about gas line work, but i'll have a licensed plumber to verify the work.)

Question: I would like to install a shutoff valve at the meter connection to allow me to isolate it from the existing under-house gas system. There are many valve choices and I'm trying to understand the differences between them.

When I started this project, I just assumed I would use a full port lever handled ball valve, similar to what I've used on my water supply. They are often specified as 600 wog. I understand that the wog designation is for liquids and that there are other standards for natural gas. So I'm trying to find an appropriate valve for an exterior application.

Grainger carries these apollo gas cocks. These seem to be the traditional valves used on gas lines. 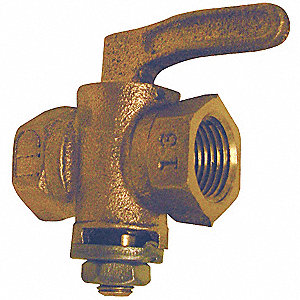 Why would one use choose this over a ball valve? Thanks.

Browse other questions tagged natural-gas fire-pit or ask your own question.