Move or remove a downspout inside brick wall

I just moved into 1912 townhouse in DC. It has cast iron drain lines for the gutter downspouts. One of the lines is clogged, but I assume it eventually connects to the sewer. At some point in the house's history an addition was put on and this line (which was previously on the back of the house) appears to have been bent such that it now protrudes out of the side of the house. The exterior brick wall of the addition was constructed around the pipe. 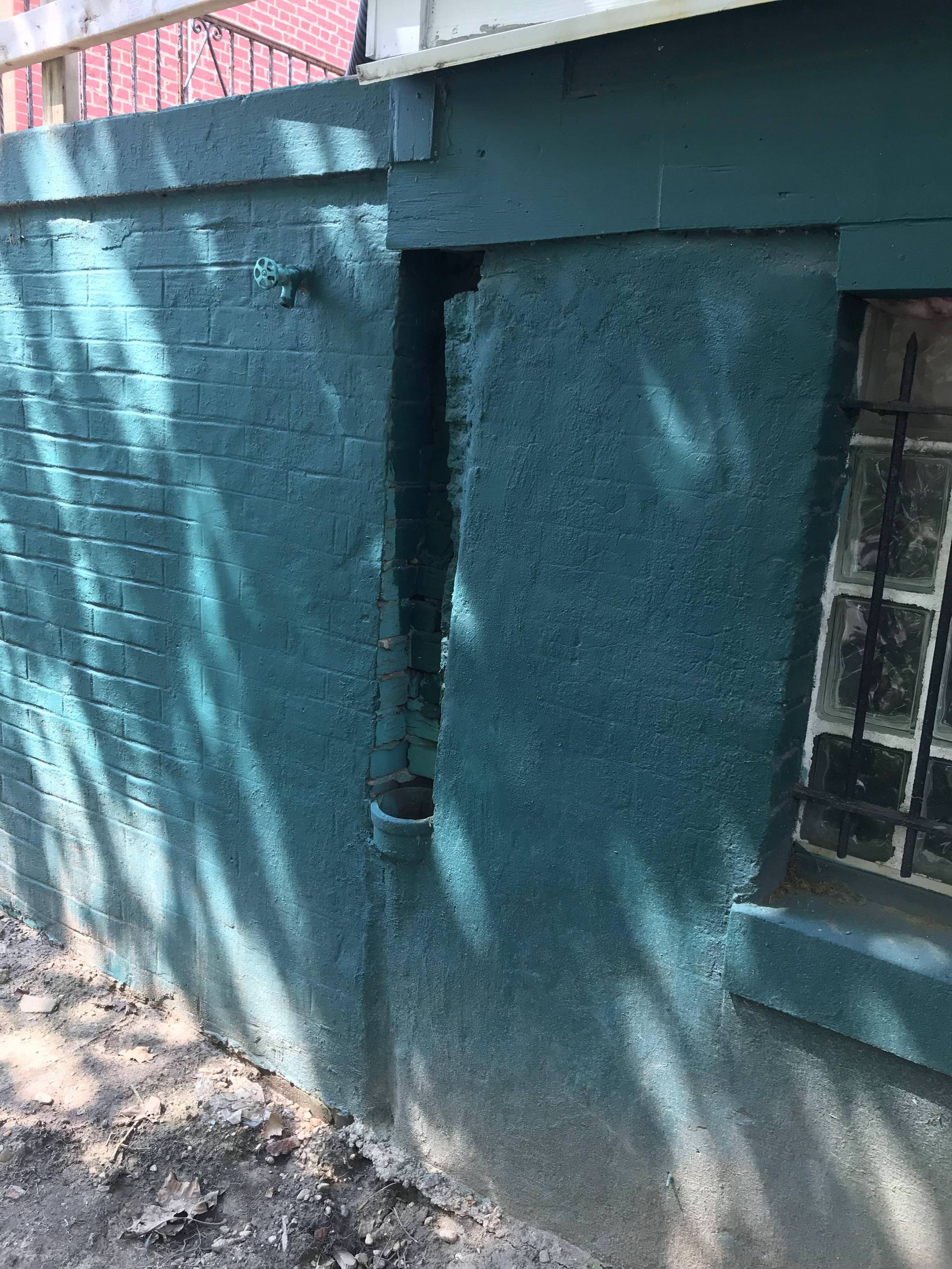 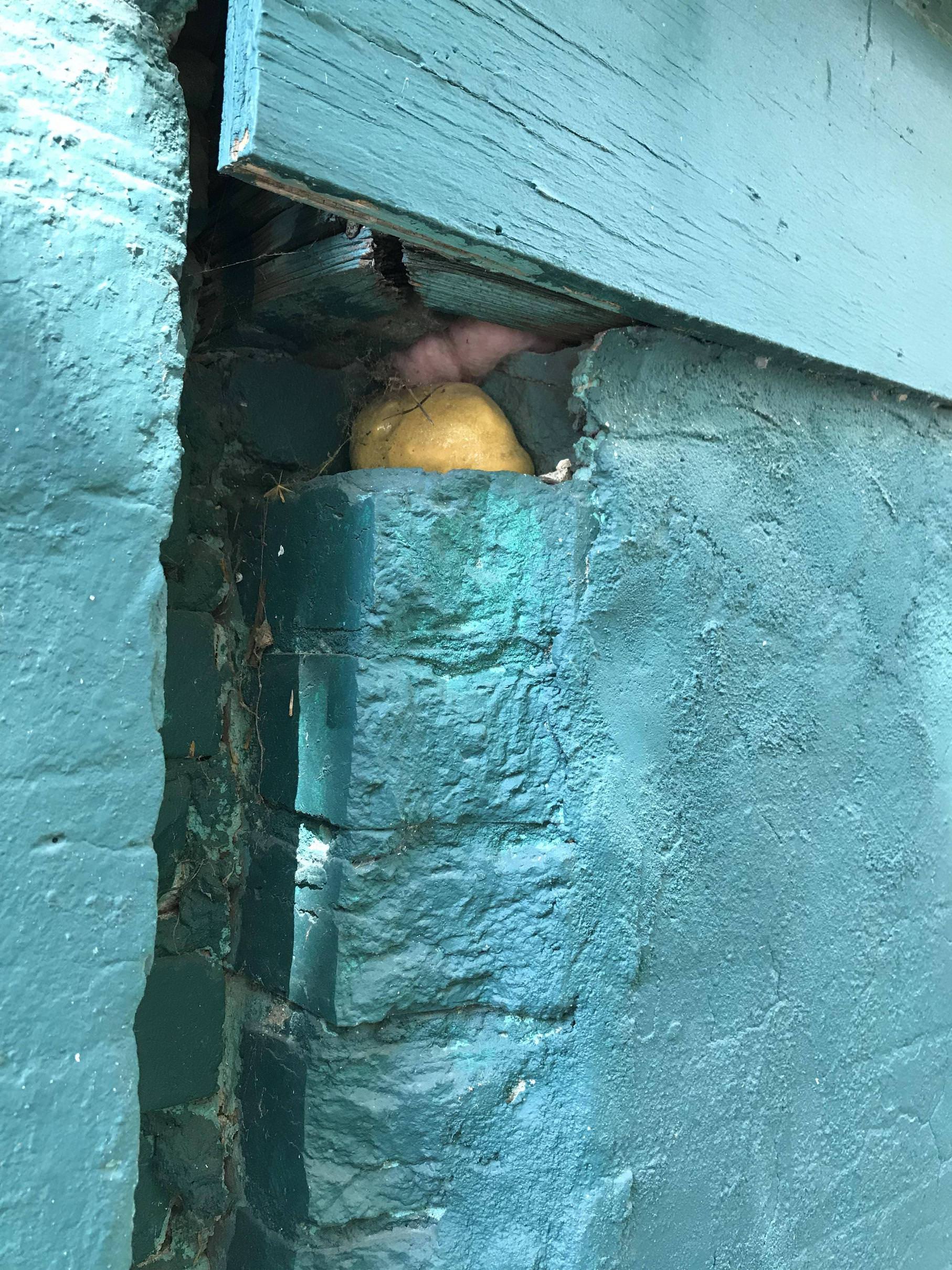 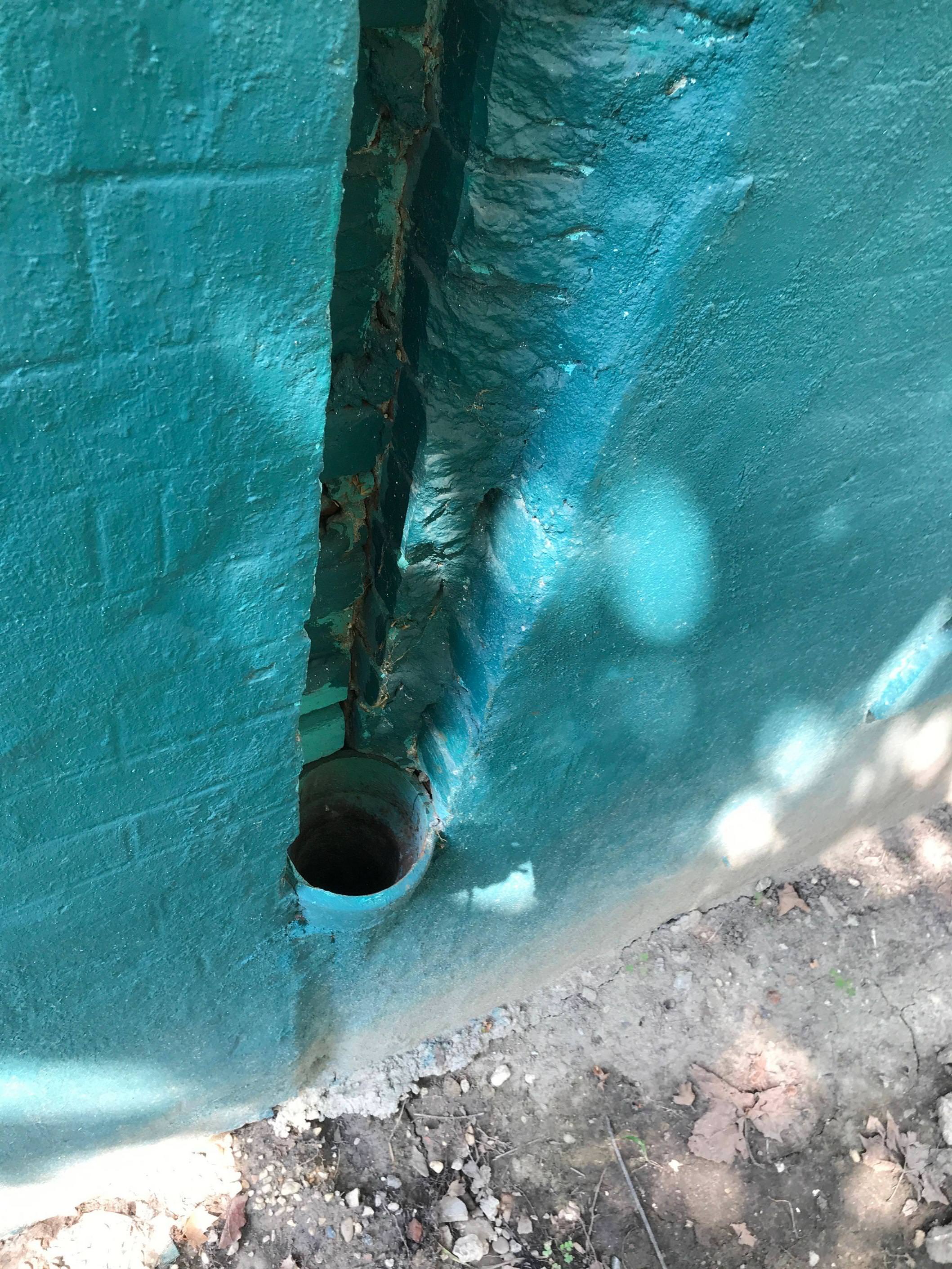 I'd like to remove the pipe because it looks awful and it feels like the area is lacking support due to missing bricks.

How do I even approach solving this? Do I call a plumber? A mason? A structural engineer?

I suppose you'd call a plumber. You must determine if this is connected to the sanitary sewer. Also this opening should be capped with a proper cleanout fitting with a cap that would prevent sewage from pouring out, but would be removable for inspection or clearing a blockage. The plumber could run a camera down this and see where it goes.

AFIK rain water is not supposed to be directed into the sanitary sewer. Does DC allow this? It may be they accept it under grandfathering . . . or not.

Not the answer you're looking for? Browse other questions tagged brick sewer gutters downspout or ask your own question.