Never seen this before, the Cold water is connected to the hot water for the output of my water heater. Any idea what this is? 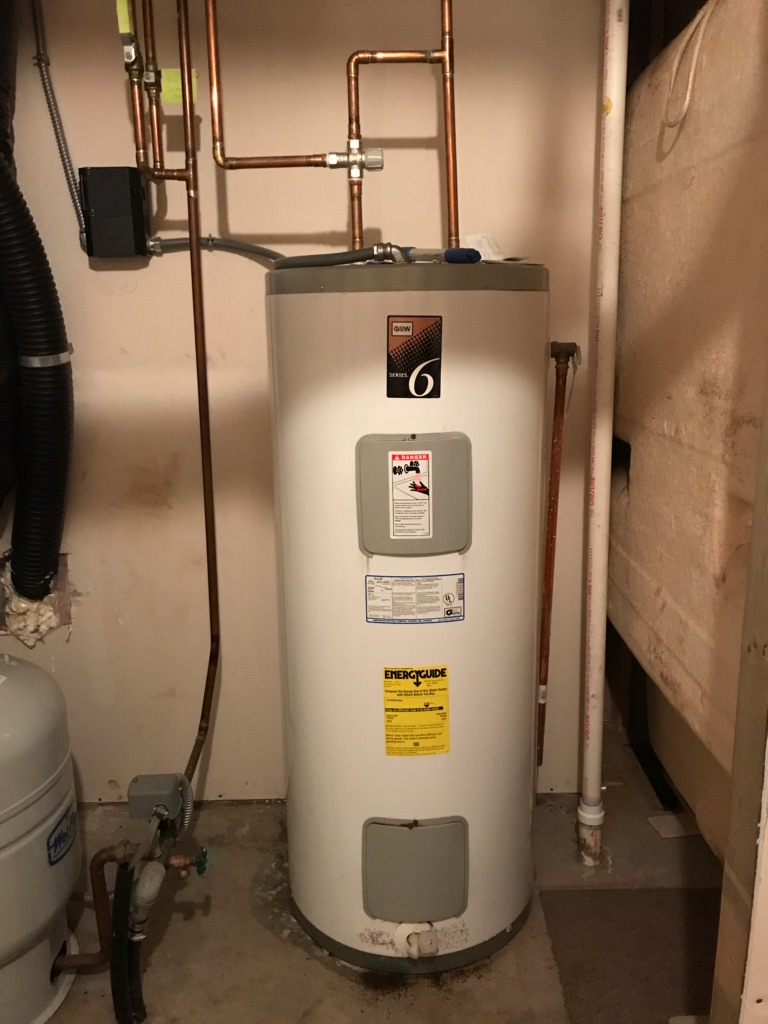 This is a thermostatic mixing valve, and it is a beneficial and useful thing to have. The temperature of the water in the tank heater should be 140 F to prevent the growth of Legionellae bacteria, but this is in general too hot for most uses in the house. The solution is to mix cold water into the hot to bring the temperature in the distribution system down to a lower temp, usually 120 F.

Lowering the temperature in the hot water delivery system also increases the service life of valves and piping.

Some of these valves are designed and specified to be installed at or near the hot water heater, others were designed to service only a single use point, usually a shower. I believe the later type is not much used anymore because all modern shower valves have a thermostatic mixing valve incorporated into the valve.

EDIT BTW this water heater is apparently plumbed with copper all the way to the tank. At one time this was considered the first rate way to plumb it, but no longer is. The reason is because this makes a conducting connection between the steel WH tank and the copper plumbing. This can cause accelerated corrosion of the water heater or the copper plumbing.

Much better and easier is to use bendable supply connections which have a so called "dielectric coupling" meaning the tank and plumbing are insulated from each other.

Also you should have a cut-off valve in the cold water inlet to the WH. I believe it should be located ahead of the T for cold supply to the thermostatic mixing valve, but I am not positive and you had better check on this with someone experienced in plumbing with TMVs.