How can I reduce noise from tenants coming through my heating duct?

I live in an old house with a wood frame and forced air heating. My family lives upstairs and we rent out the bottom floor. My problem is that the sound from my tenant's bedroom travels directly into ours through the heating duct and we can hear all sorts of noises from them, and I'm sure they can hear similar things from us. To be clear, my tenants are not being unreasonably loud. It is only the ancient duct-work that is causing the problem. I've put a camera in the duct and I can see that there is a single right angle between their outlet and ours.

I'm looking for a simple solution that can dampen the noise. I cannot do any renovations to fix this, so it must be simple and DIY. I know that nothing will be 100%, but I'm hoping that we can do something that can add privacy.

I'm considering placing some fibreglass insulation near and around the right angle turn, but I'm not sure if this would work, or if it is even safe. If this is not a good idea, can you suggest something of a similar complexity that I could do?

If you only have access to the inside of the duct, and then only as far as you can reach, you won't be able to make a huge difference, but you might be able to reduce it a little.

The sound is transmitted in mainly two ways, some is conducted through the metal of the duct and some is reflected around the inside of the duct until it reaches you. You can reduce both a little, but remember that:

You can reduce sound conducted through the metal by dampening it. This is usually done by attaching a deadening material to the duct. It is typically a very soft rubber or gel-like material. The vibration is absorbed by the material and dissipated as heat. You don't need to line the whole duct, just a relatively small area. One manufacturer has a demonstration video where they attach one piece a few inches square to a cymbal and the sound becomes a thud.

There are many manufacturers, and I haven't personally used any of the products, but here's an example from Amazon that has decent reviews: 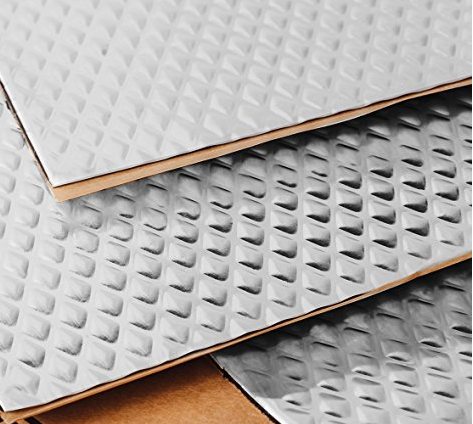 This type is a soft butyl rubber sheet that absorbs the vibration. One side has adhesive. The other has a patterned foil. You use a roller to press the material against the duct for a good bond. The foil is just used so you can see where you've already rolled (the pattern flattens out). Inside a duct, the foil would also serve to keep dust from sticking to the soft rubber. This stuff isn't thick enough to materially change the the air flow through the duct.

I would clean the inside surface of the duct as far as you can reach. Then put the sound deadener on the bottom and sides of the duct to the distance you can reach. You can easily cut it to the size you need with scissors. You don't need to go edge to edge on each surface, just cover a good portion of it.

For the sound reflected through the duct, you can't really block it, but you can absorb some of it to reduce what's bouncing around inside the duct. In tests of materials for sound absorbing panels, ordinary cloth towels turned out to be on par with fancy materials designed for sound reduction.

An alternative to the towel would be polyester fiberfill. This is the stuff sold in fabric stores or places like Amazon or Walmart for stuffing pillows. It's sometimes used to fill the inside of a ported speaker to reduce sound reflected internally. 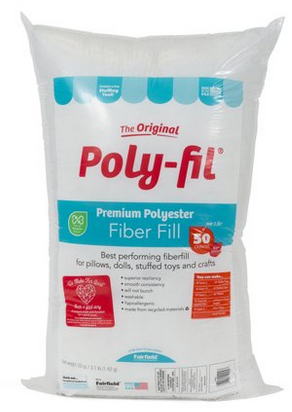 It doesn't reduce air flow all that much because it's mostly open space. You could take a bag or two of it (enough to fill the cross section of the duct to a depth of a few feet), try to keep it in an intact wad, and stuff it into the duct. Push it in just enough so it doesn't interfere with the register. If you find that it blocks too much air, pull some of it out.

You could also stuff some fiberfill in the duct at the tenant's end.

Not the answer you're looking for? Browse other questions tagged ducts noise-reduction forced-air or ask your own question.

5
How can I reduce the amount of noise transferred through my exterior walls?
0
Quieting cold air return vent
2
How do I reduce the noise from my forced air furnace?
7
How can I stop our duct work “pinging” at night?
0
How to seal joints in ductwork when tape is not an option
0
What additions to an interior ceiling can reduce noises of creaking / pacing from apartment above?