What is this four-outlet ungrounded receptacle called?

I found this receptacle installed and connected in an old work box with a regular receptacle plate in a U.S. house built in the early 1950s. It accepts up to four ungrounded, unpolarized plugs!

Does anyone know what these were called, and when and why they went out of production? 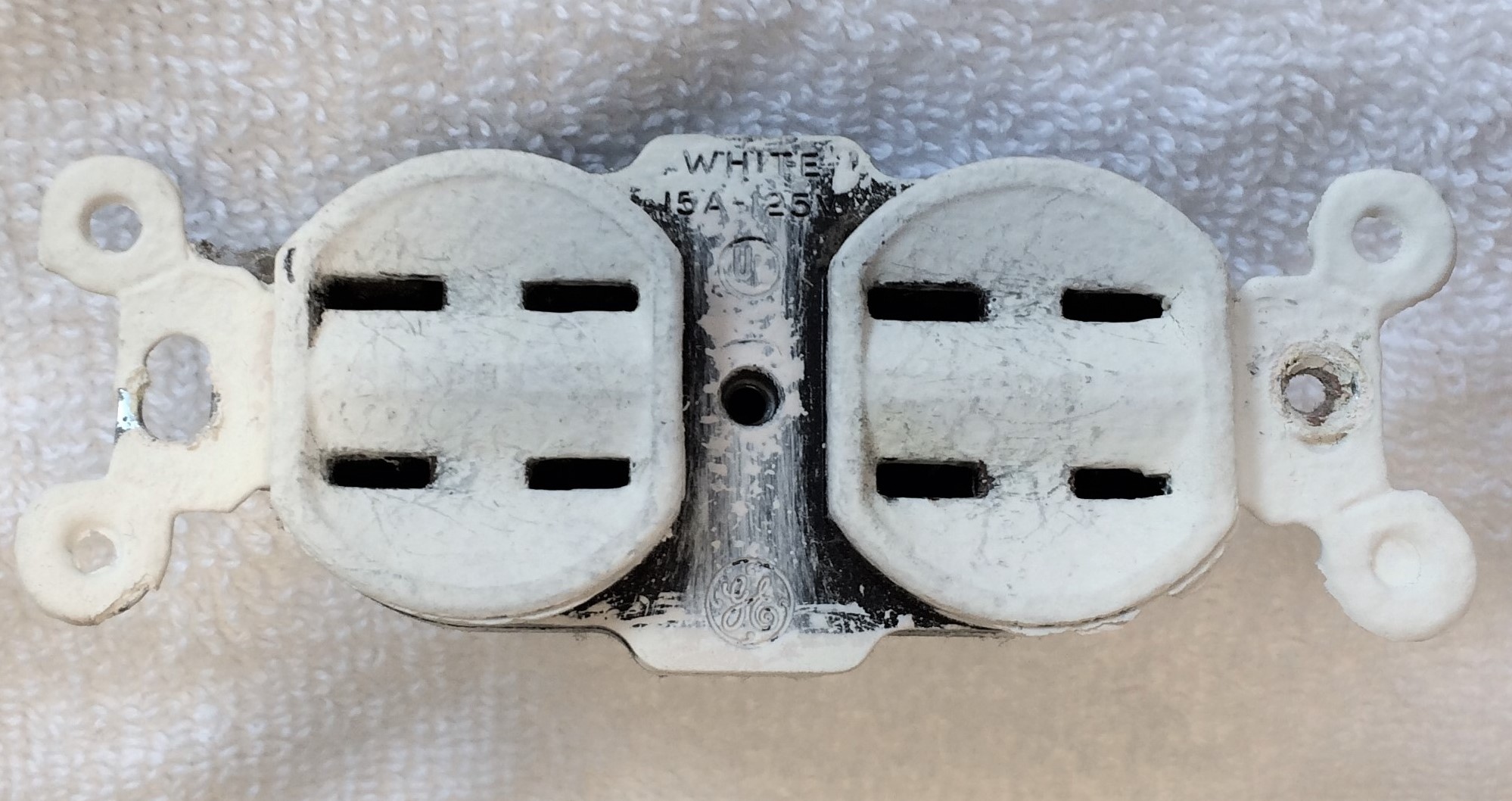 Ed didn't really seem to answer your question, other than the 'why' so I did some digging and found this a page that references the polarized version of the socket (see #5).

According to the page it is called:

Because the version in your picture probably when out of production just before the one linked (polarized one) came into production we can assume this is the end date of your particular yoke.

However, as Ed said, the last of the "4-plug socket" style yokes likely went out of production when the 3 prong grounding requirements came in.

As a side note: I've had experience trying to plug things into the Monolite Quintet socket, and found that even though it was designed for polarized plugs, one generally cannot plug two polarized plugs in next together at such a close proximity due to the fairly common skirt on the polarized plug. The "4-plug socket" seems to have similar spacing.

I have not seen those outlets in many years. I would believe the grounding requirement that came out after that time was the main reason you don't see them any longer although they were never common. The most I see now in line in a single yoke is 3 , there are 4 on a single yoke but these are in a square with the grounds at each edge and a space in the center.

14
How can I detect reverse polarity on an ungrounded receptacle?
18
What types of electrical outlets are found in a typical home in the USA?
4
2 prong to 3 prong outlet help
2
Why are there four electrical lines (12 wires) in this ceiling fan box?
0
Oddball wiring for ceiling light
1
Strange wires behind a plate in living room (red plastic sensor looking)
4
Hot to ground voltages on an ungrounded 3 prong outlet
4
Can this junction box wiring be used for a duplex receptacle?
7
Wall Receptacle Outlet is getting hot! Help
1
Why is my new Legrand Radiant smart dimmer switch not dimming?