I bought a Wifi enabled light switch to smarten up my living room but i cant figure out how to wire it.

Here is the back of the original switch: 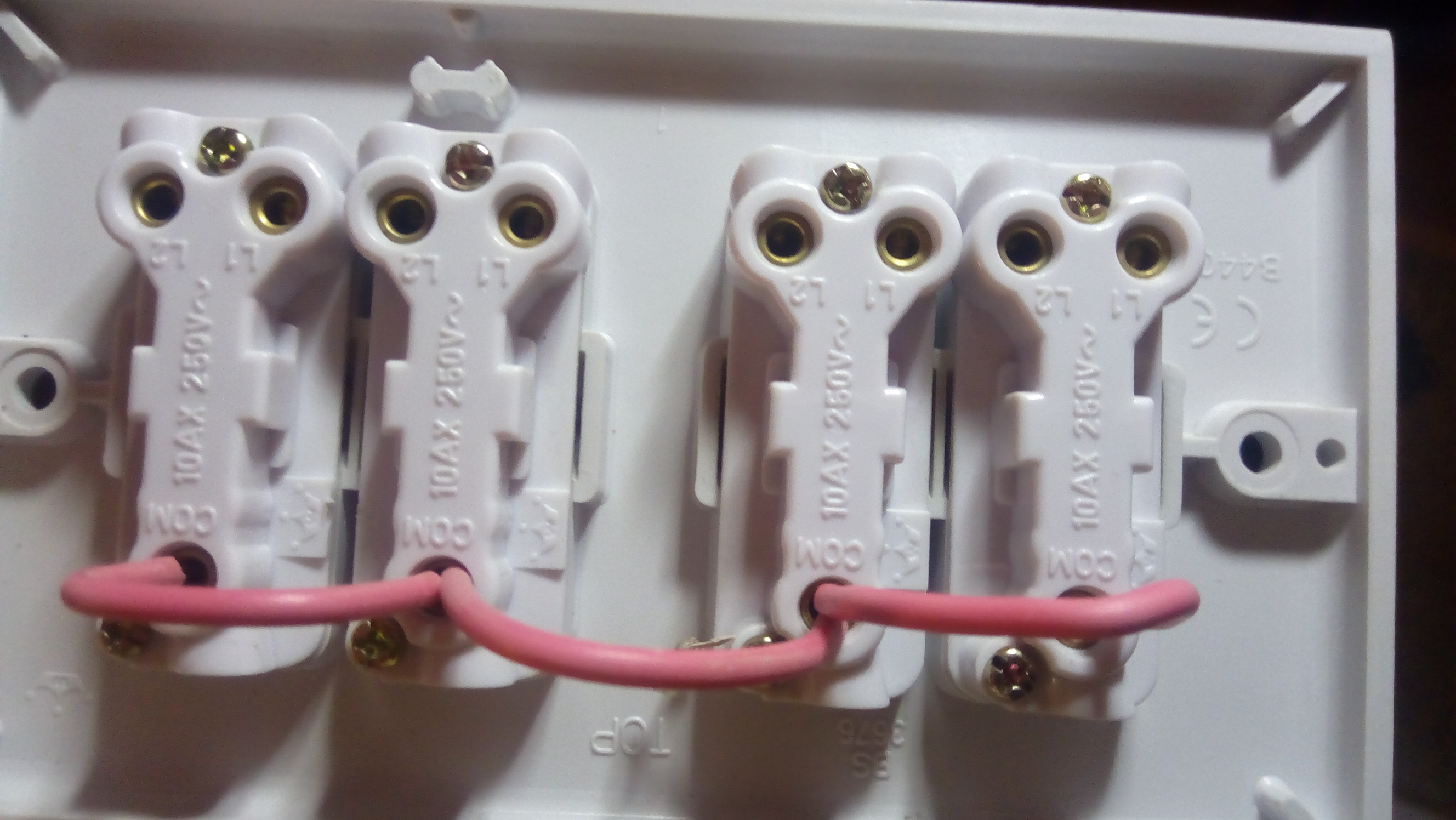 And here are the wires from the socket: 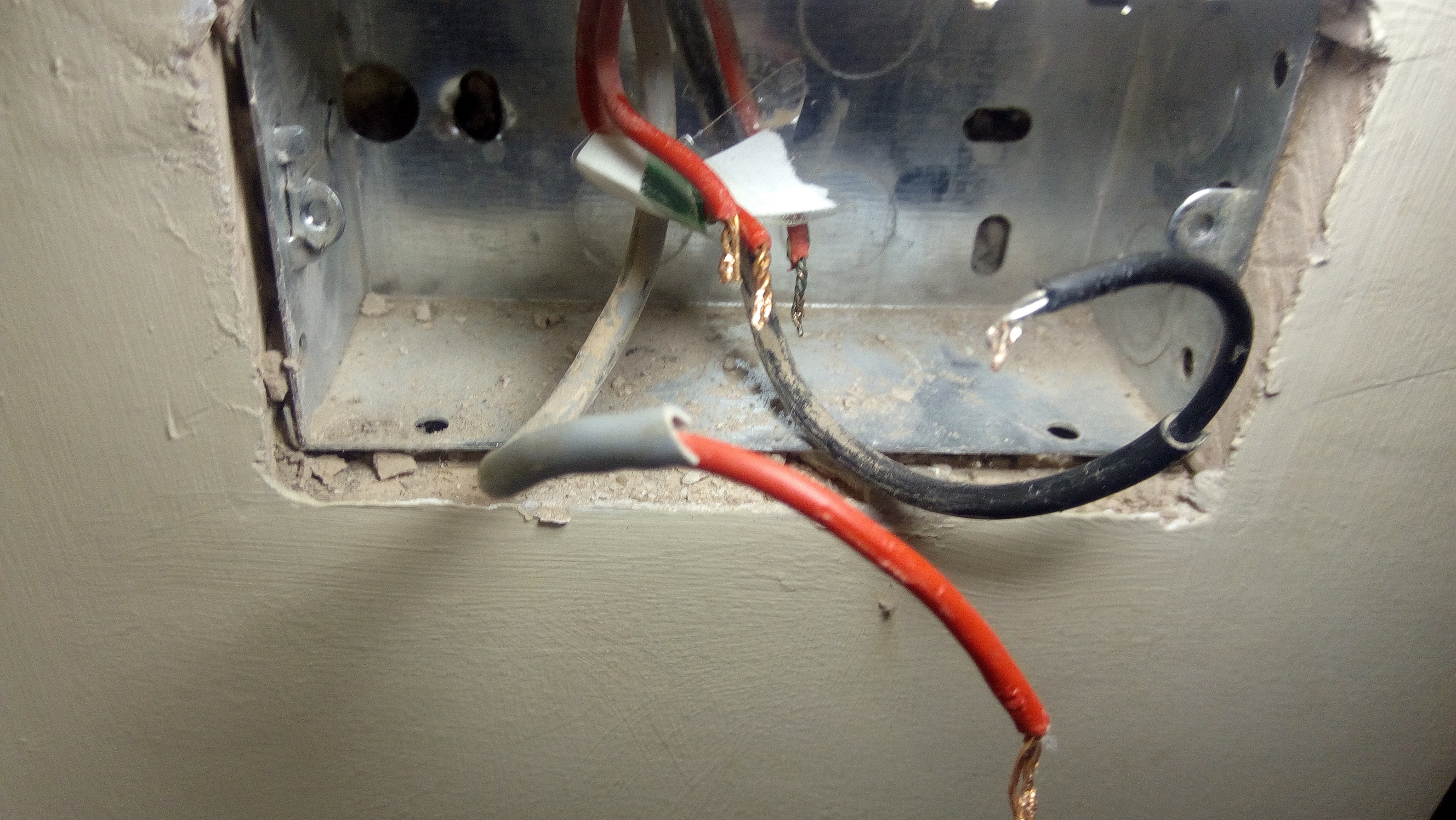 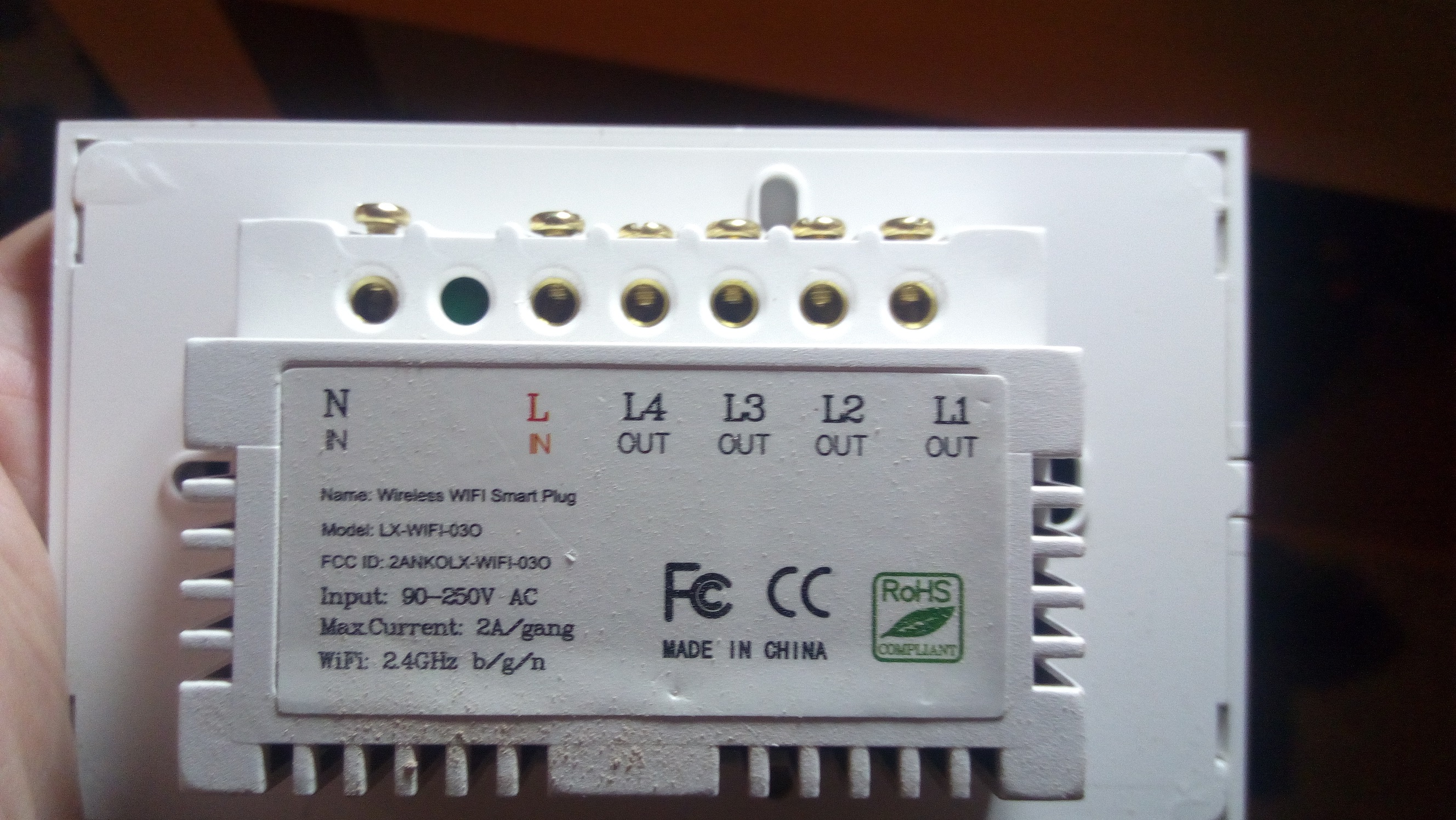 As you can probably see there are 5 wires, 1 black and 4 red. One of the red wires has some green shrink wrap attached.

Is it possible for me to wire this switch?

You probably cannot use your new switch there because there is no neutral in an old style "switch loop".

It may be that the black is permanent live.

If you have a voltage tester and an onlooker with the emergency services on speed-dial you can temporarily isolate all the wires in separate positions in terminal blocks then turn on the lighting circuit breaker and use the voltage tester to identify permanent live.

CPC = Circuit Protective Conductor. What the UK regulations now call what used to be called earth in the UK (which is mostly called ground in the US).

Your new switch is not legal to use in the UK because it is not CE marked.

How a 240V light switch gets FCC approval I don't know, that FCC mark seems suspicious. It probably only refers to electomagnetic emissions testing.

2A per gang seems low to me. Your old switches are 10A rated on a 6A circuit. I'm not sure it is legal in the UK to use a 2A switch on a 6A circuit. If a cheap Chinese LED light bulb fails short passing say 5A, the circuit breaker won't trip and your switch wil be overloaded and there is a significant chance it will catch fire. Using a 2A switch on a 6A circuit does not allow the breaker to properly do its job of saving you and your family from death by toxic smoke inhalation at 3 a.m. as the property burns down under you.

Those exposed clamp-screws on the new switch are unusual. UK switches mostly have all of the live metal parts recessed behind insulating plastic casing (see your top photo). I don't know if those exposed screwheads are legal.

Since my level of concern has been raised, the fact that the label doesn't fit the recess on the case now makes me worry about the general standards of design and workmanship in the factory where that was made. Was it very cheap?

It will probably work but if it burns your house down, your insurance company might have grounds for refusing your claim.

Personally I would take that new switch to Trading Standards.

What should you report to Trading Standards

You should report a company to Trading Standards if, for example:

It's the sort of thing which Big Clive likes.