This past weekend I installed a ceiling fan to replace an already existing light fixture. I had to replace the plastic electrical box from when the home was built in 1992.

I am unable to get into the attic for this specific fixture as it's in a spot that I am physically unable to reach due to the layout of my attic and the support beams so I used a retrofit Saf-T Brace rated for ceiling fans.(see below) I'm guessing this box was installed before the drywall was put up because of the location it's at, there really is no way for a person to fit into this small corner of the attic.

When I went to install the brace bar, I realized there is a vapor barrier bubble around the already existing ceiling box with blown in insulation on top of it. It's a 6 mil poly sheet which I am assuming is just stapled and caulked on. I went ahead and cut a small hole on the side to make the brace bar fit through it, secured the bar, installed the box and installed the fan.

I now realize I should have fixed the vapor barrier but since I cannot access it from above - what is the best course of action? I don't really want to have to cut a bigger hole and repatch drywall if I don't have to. Could I use some fire retardant spray foam to seal it up by taking the fan down, removing the box and blowing some in there? Is it even a cause for concern? 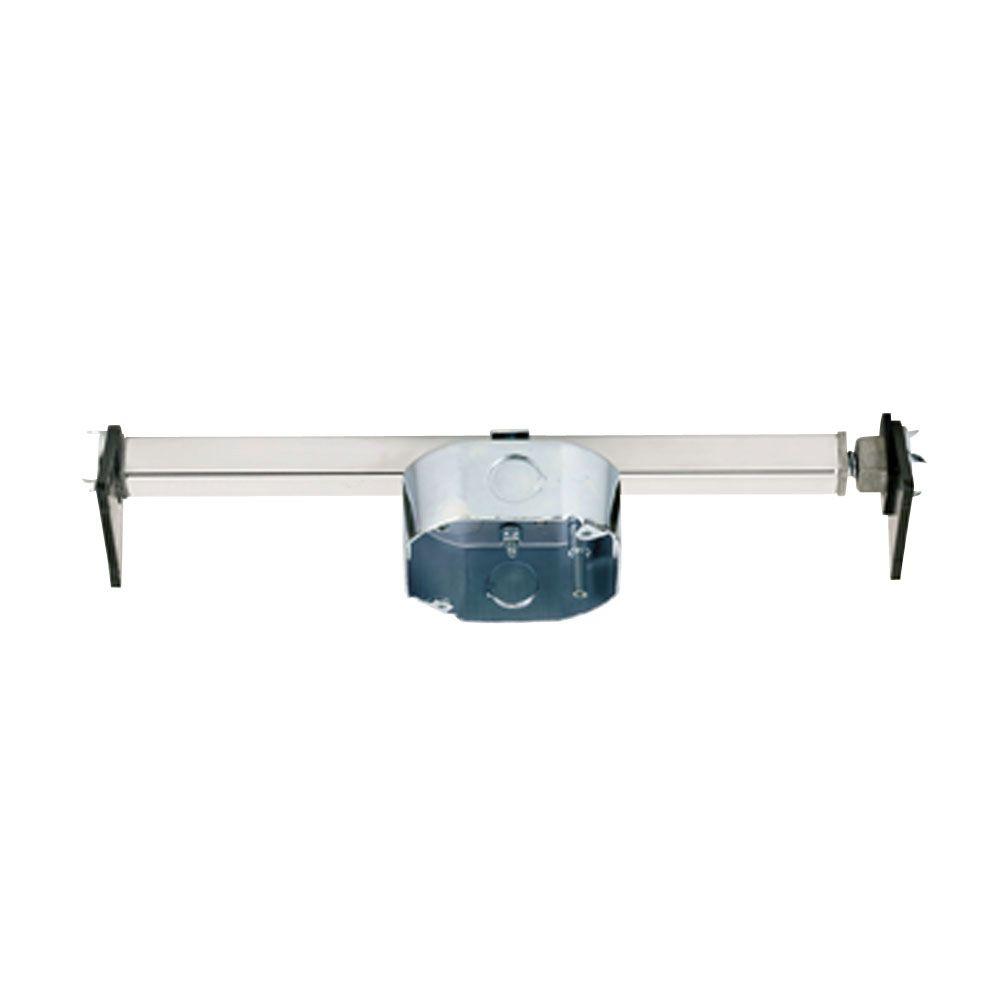 A penetration of this barrier is not of concern. Forget about it. It is probably not a vapor barrier, but is there to keep the blown in insulation from working its way into the box and around the box.

In new construction all the boxes are placed on the framing before the drywall is installed.

Not the answer you're looking for? Browse other questions tagged electrical ceiling-fan junction-box vapor-barrier or ask your own question.