I have two 3 way switches controlling one light. Sometimes when the light is on neither switch will turn off the light but one of the switches will turn light off if switch is placed half way between on and off. Would this be the switch that is wired wrong or do I have to take off the plates and look at wiring of both ?

In both pics the left most switch are the problem ones. Strange thing is they both looked wired correct. It appears the travelers red and black are both on bottom. 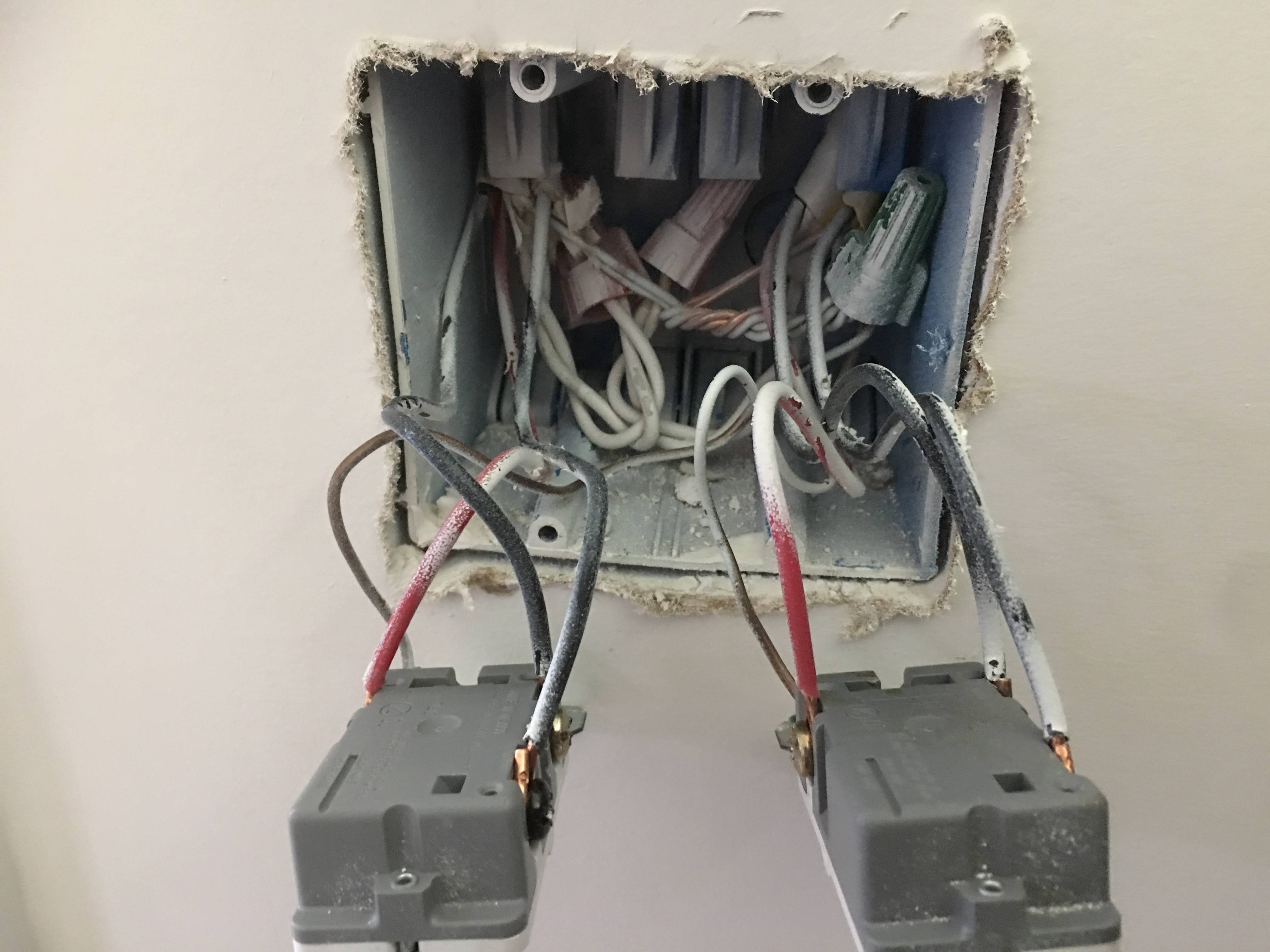 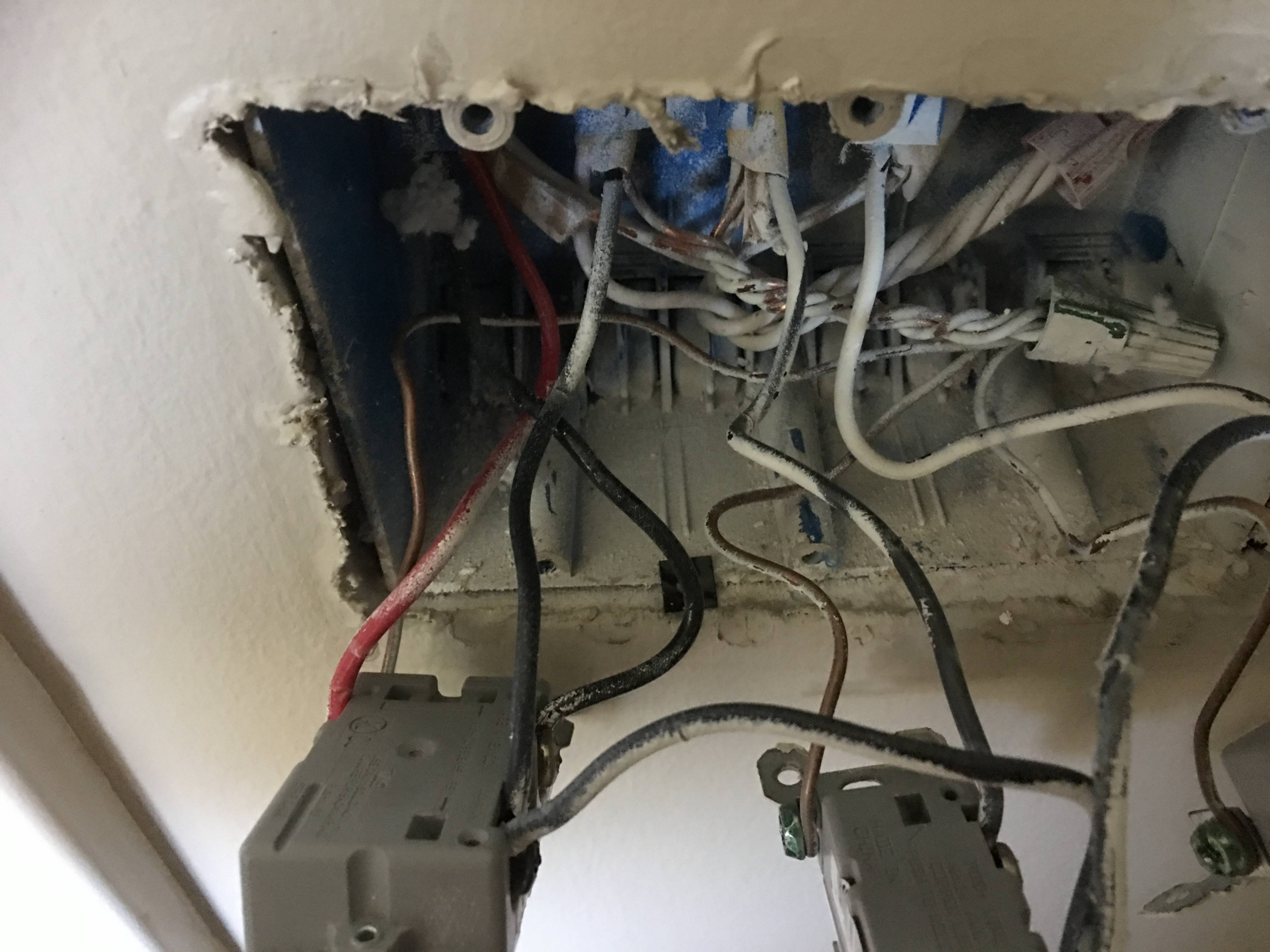 Since both 3 way switches appear to be wired correctly, the one cause left remaining in the wiring system is a short between the two traveler wires themselves. To find this, I would have an electrician come in and unhook both traveler wires at both ends, then measure between them with an insulation resistance tester (often called a "megger"). From there, it would be a matter of chasing down any shorts found, and replacing either the entire cable or patching in a section of cable using NM splice kits to repair the situation.

If it isn't that, then I'd have the switches themselves checked, although that's less likely than an errant staple or nail causing a short.

Bottom photo is where power enters the 3 way, travelers go to top photo. All is OK in bottom 3 way wiring.

On the top photo common should go to the load (light). But the black traveler goes to the "common" lug of the 3 way switch - wrong!

On top photo, the 2 black wires need to swap locations.

Not the answer you're looking for? Browse other questions tagged multiway-switch or ask your own question.