Does this 3 prong 250V outlet in the Philippines have two hots and a neutral or hot/neutral/ground?

Here is a picture of the outlet: 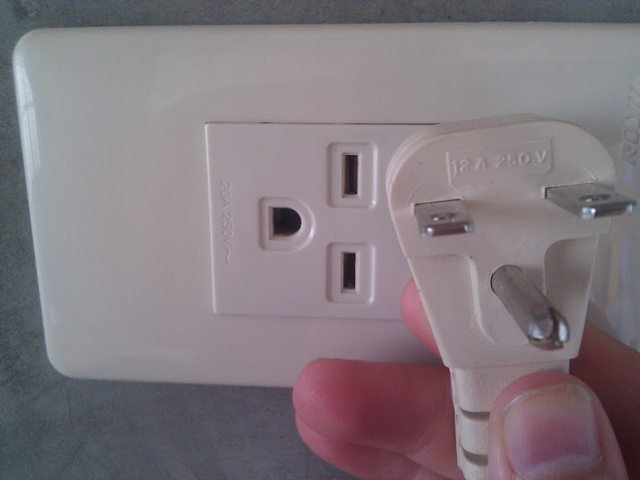 The Philippines have two systems at once. Keep in mind they were part of the United States for a long time (as a result of the Spanish-American War). Part of the country (i.e. in the old American military bases and cities where the US did the wiring) is done to the North American 120/240 split phase system. The newer, indigenously wired sections are largely being done to European/Asian 230V spec, although with 60Hz power so they can sync generators.

The Philippines generally use North American receptacle standards, wire gauges, boxes, etc. -- even in the Euro-style areas. They tend to follow NEC more so than Euro standards, modified for the 230V single-leg service.

They also have an appalling tendency to put 230V on American 120V receptacles (NEMA 5-15). You really have to watch what you plug in!

What you're seeing there is the right thing being done -- a NEMA 6-15 230V socket being wired with the correct North American plug. If you are in the 120/240 American-style cities, that will be 240V hot-hot-ground, with each hot 120V from ground. If you are in the rest of the country, it will be single-leg 230V hot-neutral-ground, with one pin near ground and the other 230V from it. Except for certain places where it will also be hot-hot-ground, with neither one anywhere ground.

Here is a map of voltages and frequencies around the world from Wikipedia. 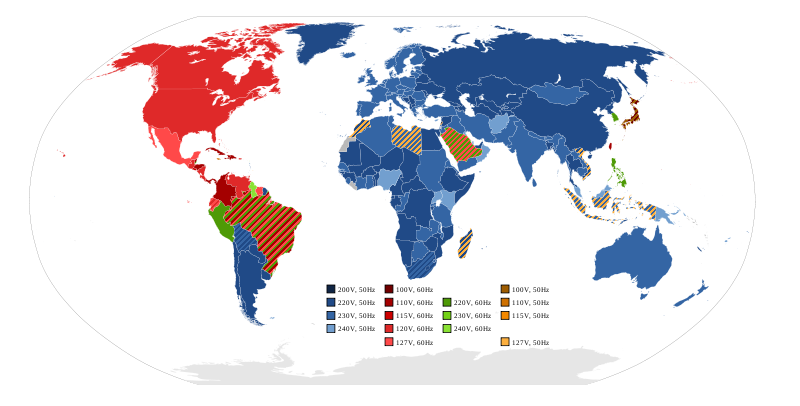 The nominal voltage in the Philippines is actually 230 V at 60 Hz, though what you can actually measure between the two flat pins varies considerably, depending on location and distance from the transformer. The round pin is intended for a protective earth or ground connection though in some cases it simply isn't installed. That's the responsibility of the home owner, not the electricity supplier. In some locations one of the flat pins is neutral (close to earth potential) and the other is line, while in other locations both pins are floating with respect to earth - depending on whether the electricity supplier has earthed one of the wires at the transformer; some do, some don't. Connectors of that type are used on domestic air conditioners in the Philippines, which often draw a heavy current each time the compressor motor starts. More modern inverter-based air conditioners are more gentle in their current requirements but they are still fitted with this type of plug.

2
Can a NEMA 6-15 Device be connected to a NEMA 6-20 receptacle?
4
Is it possible (and safe) to adapt a 4-prong dryer outlet to a NEMA 6-20?
1
New home has 240v Nema 14-30R for Electric Dryer I have A gas dryer Needing Nema 5-15R
3
What do the neutral and ground connectors in outlets connect to?
0
How should I wire up a 3 prong dryer outlet to 120V?
0
Using the existing neutral as a PE grounding conductor on a NEMA 10-30 outlet
0
Can I safely chain lower rated receptacles from higher ones?
1
Is this 240V outlet undersized?
6
garage light with two hots and one neutral
1
Future proofing for 240V outlet