Can I use the white from one switch, but the black from another?

Some terminology, because I don't know any better:

What this boils down to

The weird box thing at the bottom of the pictures is supposed to be a two-gang light switch. 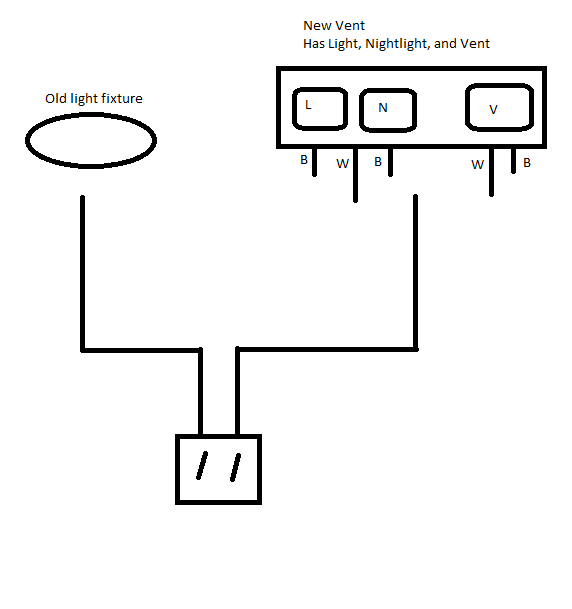 You either have to replace the Vent wire with 14-3 AWG wire, or run a second 14-2 wire from the existing light to the vent. Assuming both switch circuits are from the same feed, you only need 3 wires to the vent. All the whites get tied to the white neutral of the feed. You could use the black (or Red) to go to the light - fan, and the Red (or black) to go to the night light.

This quick schem shows the connection with adding one 14-2 cable from the existing light to the Vent.

M-L-N can be switched around, depending on which functions go with the shared switch. I assumed the night light gets its own switch. 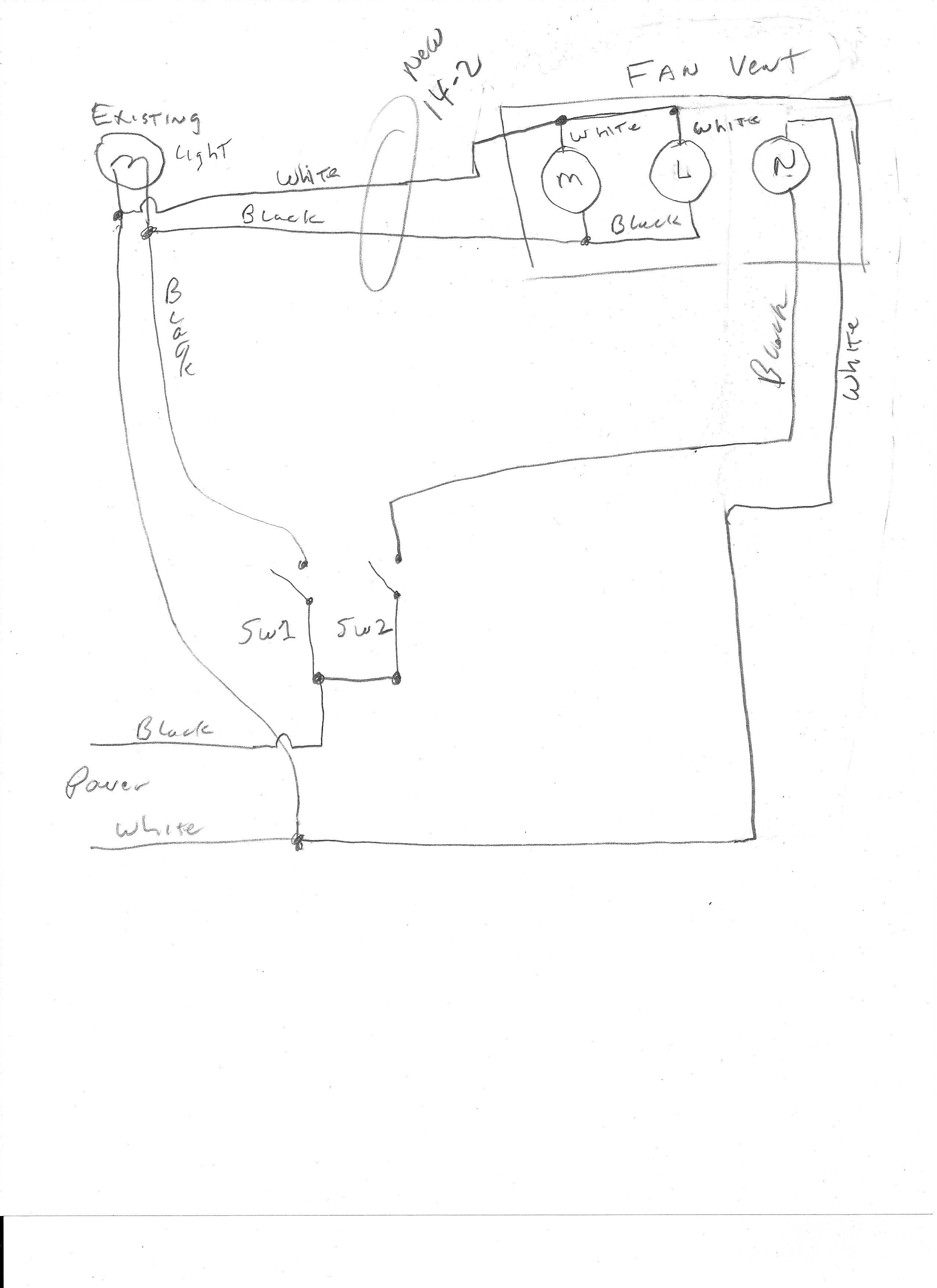 Not the answer you're looking for? Browse other questions tagged electrical bathroom lighting vent or ask your own question.

4
Voltage between Red and Copper; and Black an Copper, but not white
1
Turn on one light, when another is turned off
0
Wiring bathroom fan and light
1
Replace fan/light/nightlight and go from 3 separate switches to 2 - 1 for night light and 1 combined for light /fan
4
Why is one switch hot wire black and another white?
1
My light wiring has 2 white wires & one black wire
2
Remove ceiling fan/light combination replacing with a light and remove 1 of 2 switches that controlled the ceiling fan
0
converting two lights from two switches to two lights from one switch