Single neutral bus bar in subpanel with 2 columns of breakers?

(Questions in bold at the bottom)

I recently purchased a Siemens E0816ML1125S load center for use as a subpanel in my basement: 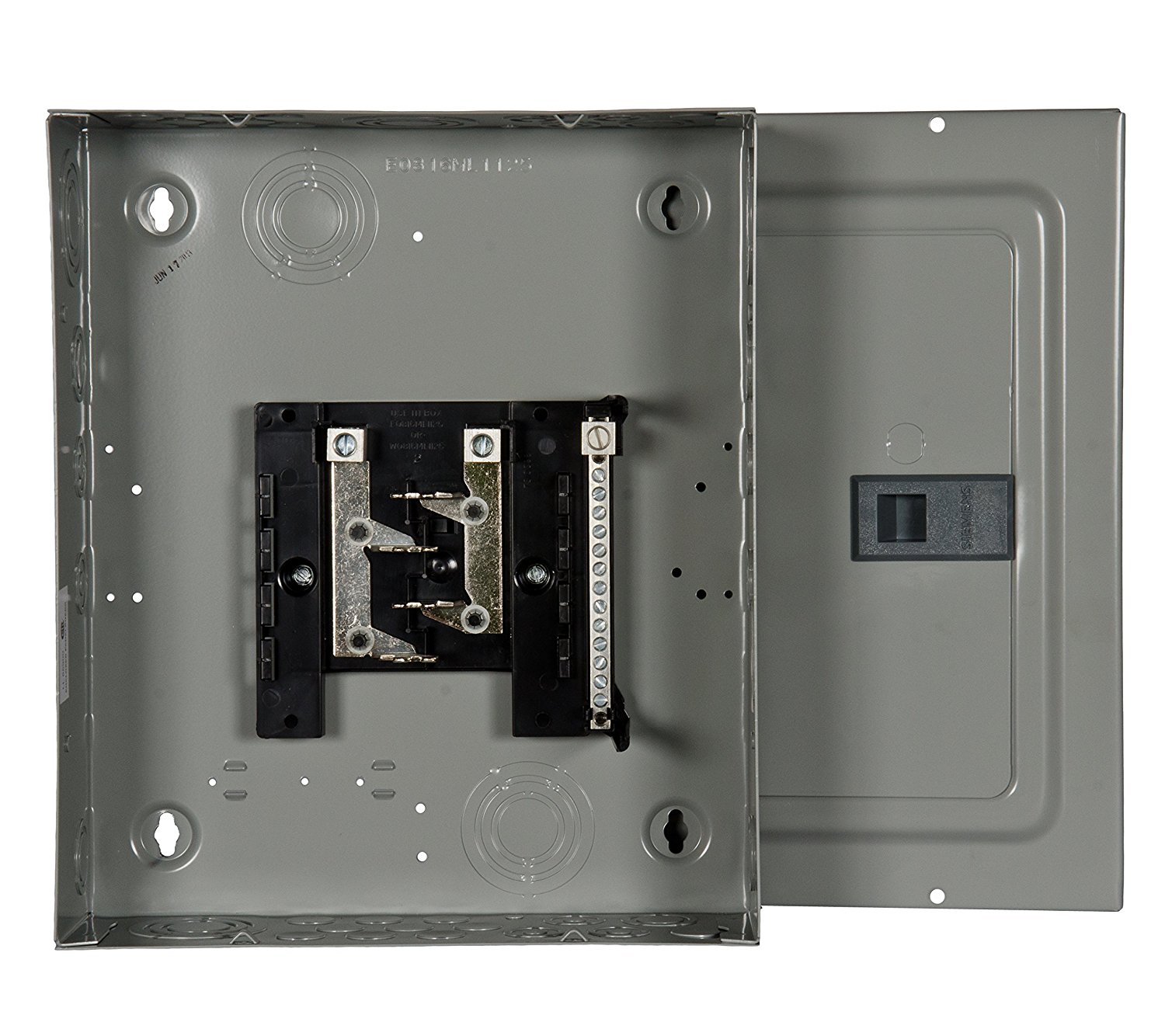 I installed a ground bus bar, located horizontally under where the breakers snap in.

As I began wiring it, I realized that most breaker boxes I've seen have two bus bars with a crossover shunt between the two neutrals (in addition to a ground bar). But the Siemens box doesn't have a mounting location for the second neutral bus bar.

So one option would be to mount a second bus bar on the left side, using some sort of plastic standoffs (it being a subpanel, I want to isolate neutral and the grounded box here). But is it acceptable/common to just use the terminals on the right side neutral bus, even for circuits whose breaker will be on the left?

Is the eventual messy wiring acceptable?

The reason you only have one neutral busbar is that your panel is super, super, super small and there simply aren't enough circuits to need 2 neutral bars. Larger panels don't have 2 neutral bars for neatness, they have 2 bars to provide enough neutral/ground screws (if main panel). You shouldn't even worry about terminating the neutral on the same side of the breaker. One thing we preach a lot here is "don't save money on the panel - you'll only regret it later".

For instance, with 8 spaces, and if you totally fill it with 15A breakers, that will only be 60A (remembering the feed is 240V). Running 125A feeder to it is a complete waste of your money -- or to be more precise, this postage-stamp panel is a complete waste of your time. I would return it to the store and spend a little extra on something like a 24-space. You'll thank us later!

As far as neatness, there is no Code requirement for neatness, at least, not in the way you're about to see. What you actually need is enough slack on your hot wires so you can move breakers around without limitation, and enough on your neutrals so you can bring them to the breaker on the happy day you upgrade to AFCI or GFCI.

And that should be reasonably tidy; it doesn't need to be Mom's spaghetti. What the 110.12 neatness rule is saying is don't just toss it all in higgledy piggledy so it looks like a grenade went off in there. Try to comb it a little.

Here's what you don't need: this guy has painted himself into a corner. 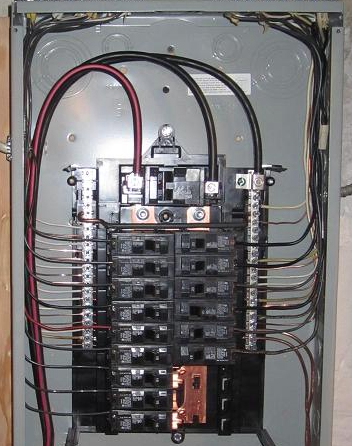 Whatever brain cells this guy used to style the panel, he should've used to do a better job of the actual work. For instance where's the well marked white tape on the neutral wire? That's not optional. What is optional is different color hots; better to make them both black (since they are interchangeable) and the neutral red (since it is not) and taped too. How does this "pro" not own white tape?

Look at the grounds on the neutral bar. Sloppy. This guy does main panels all daaaaaaay... and it's allowed in main panels, but sloppy and a bad habit. If neatness matters, why not use panels with ground bars, and tuck them directly out of the way first? If this panel were ever made a subpanel, a bunch of ugly wirenut extensions would be needed.

He's cut all his neutrals an inch or two too short, so he'll be either angling or wire-nutting every neutral when he goes to add AFCI/GFCI.

But those top circuits can never be moved to any other position. He's murdered all the slack. So if he needs to move things around to make them more logical, or rearrange to fit a 2-pole breaker somewhere, or he needs to use double-stuff breakers and those only fit in the bottom 8 spaces... he's cut off his nose to spite his face. Why do that? Slack is cheap.

It is normal and acceptable for a small loadcenter like this to only have a single neutral busbar. Simply bundle the neutrals from the left side across the top rear or bottom rear gutter space to route them to the right.

2
Can I extend the ground/bus bar in a main service to accomodate subpanel equipment ground?
5
Can I terminate a ground wire to the neutral bus if the ground bus is full?
3
Should I connect the bare ground wire from the main panel to the grounding bar in the subpanel?
0
Is this neutral-ground bus bar configuration correct?
4
Arc-fault breaker in sub panel, pigtail to neutral bus or ground bus?
3
Move grounds to subpanel when I moved 8 single pole breakers to same subpanel?
2
Ground and neutral in single bus bar?
3
Neutral and ground connected to one bus bar in subpanel; should I change?
3
Do multiple ground bus bars need to be tied on subpanel?
3
adding new circuit to generator subpanel without a ground bar