Why is this Whole House Filter Black?

I bought this whole house filter and after being installed for only one month it looks like the image below! Is this normal for a house on well water? I just recently moved into this house and was shocked by this–should I be worried? 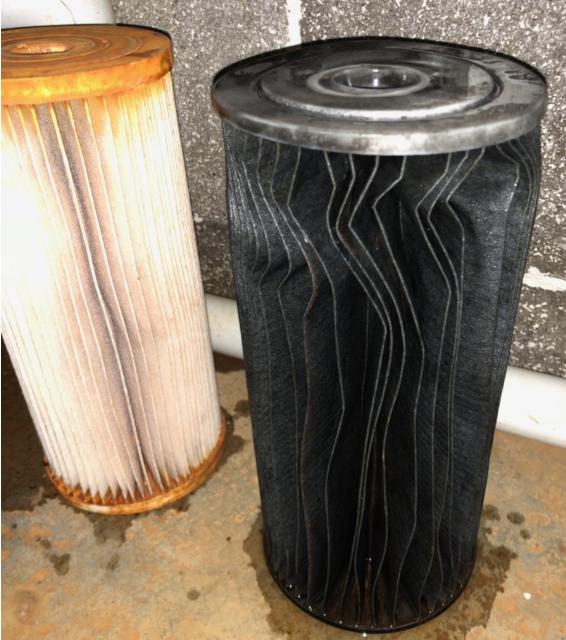 Jim Stewart's question is valid. If you have a filter upstream of the cartridge filter that uses granular carbon for filtration (as is the case in our water treatment system) and especially if you have replaced that carbon recently, there will be tons of powdered carbon in the water. The paper filter will remove most of it (eventually) but the water will taste pretty poor.

If you have occasion to replace the carbon again, or wish to remove that aspect sooner, remove the carbon tank and run plenty of water through it. The powdered carbon will flush to the top.

After our first instance of which you've experienced, I used big plastic storage bins and placed the fresh carbon in the bins. Playing the garden hose over the carbon forced the dust to wash out over the top of the bin, while the granular component remained in the bottom.

Eventually the wash water was clear of the dust and it was placed in the tank, although with a bit more difficulty than the dry stuff.

The result was zero carbon caught in the paper filter and none in the drinking water.

Not the answer you're looking for? Browse other questions tagged water well water-filtration or ask your own question.